The opioid crisis that has plagued the nation the last several years has also impacted how several states address their drug laws and on human life. In the last weeks of December 2018, Pennsylvania’s Supreme Court ruled that mothers using illegal drugs while pregnant cannot be liable for child abuse against their new born children.

The mother was living in Clinton County when she discovered she was four months pregnant. She sought addiction services immediately when she learned she was pregnant, but relapsed during the final month of pregnancy. Most of the drugs detected in the mother are legal with a prescription. The only potentially illegal drug was marijuana, but marijuana is legal for medical use in Pennsylvania.

On the day she gave birth, she tested positive for buprenorphine and marijuana. Nevertheless, the child was born with opiate dependence, and began showing symptoms of withdrawal after three days. The Children and Youth Services were given emergency custody of the child after the child had been hospitalized for nineteen days. They argued that the child had been abused because she used while pregnant.

The Juvenile Court ruled that it couldn’t establish that the mother had committed child abuse, since the mother had taken drugs before the child’s birth. The Superior Court unanimously reversed the decision by the Juvenile Court, but urged the Pennsylvania Supreme Court to hear the case. The Superior Court was worried that if they define drug use during pregnancy as child abuse, it could deter women with substance-use disorder from getting treatment, or punish women for other actions during pregnancy (drinking or undergoing cancer treatment, among other examples). 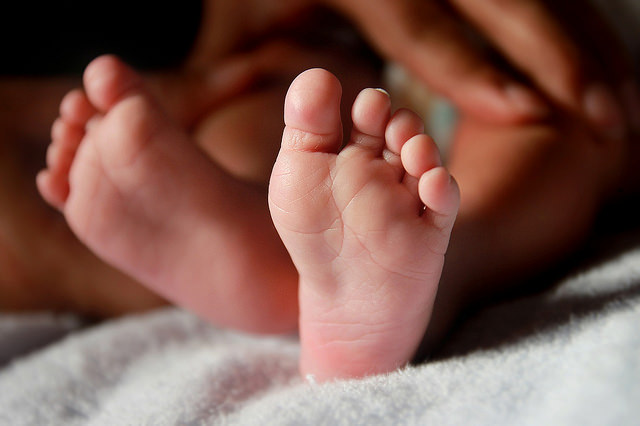 What Happens if Drug Abuse During Pregnancy is Not a Crime?

The Pennsylvania Supreme Court based its decision on both a textual reading of the law and on the impact that its ruling may potentially have. In the Court’s majority ruling, the “plain language” of the state law requires that the child exist at the time of the alleged abuse. The majority of the court ruled that the law’s definition of a child doesn’t include unborn children.

The Court also hesitated to rule that drug usage during pregnancy was child abuse because of the consequences that declaration could potentially carry. In the majority’s view, “labeling a woman as a perpetrator of child abuse” would do nothing to protect the child or to stop pregnant women from abusing drugs.

Two justices dissented and argued the abuse was evident when the injury manifested itself, even after the child was born. Rather than argue over whether a fetus could be considered a legal person, the dissent determined that the child was harmed when it experienced withdrawal symptoms after the birth.

The Scope of the Ruling is Too Wide: What Happens When Drug Addiction is an Illness and Not a Crime

The Court’s decision was correct as to this woman’s case. She only learned she was pregnant four months after she became pregnant. Any drug usage during those four months or prior to her pregnancy would be punishing her for an act that wasn’t even criminal yet. Our criminal laws should only punish people who knowingly violate the laws.

After the mother discovered she was pregnant, she sought out addiction services in an effort to protect her child. She demonstrated remorse and attempted to change her conduct. Although she relapsed right before reaching the finish line, addiction is arguably involuntary once the addiction has taken hold.

On the other hand, her lapse back into addiction might have cost her child its life almost before it began. Even if the child lives, the drugs’ effects may have had on an infant will not become apparent until later in life.

The consequences for the baby will be severe because of how the mother chose to live her own life. Nevertheless, the Court was correct in that the state has chosen to treat drug addiction as an illness itself rather than a criminal act to be punished.

However, the wider implications of this case beyond this one mother and one infant are concerning. Throughout the United States, there will be children growing up with as yet unknown pre-existing health conditions. We are uncertain yet as to whether we should hold the mothers liable or the doctors who prescribed their addictions liable, but these events are not an accident.

If the state of Pennsylvania is absolving mothers of responsibility, we will need to pursue those who gave them the prescriptions in the first place. With our healthcare system in an already uncertain state and a significant portion our population becoming elderly, we may not able to afford to hold doctors liable.

Previous
« What Happens When the Founders of Amazon Get a Divorce?
Next
LegalMatch Sheds Light on Legal Topic Trends Over the Last 3 Years »