Get Vaccinated Or Lose Your Right to See Your Child?

King Solomon was a Hebrew king from 932 BCE who was known for his wisdom. King Solomon was once called to adjudicate a child custody dispute between two women. King Solomon commanded that the child be cut in half and shared between them. One woman promptly renounced her claim, proving that she would rather give the child up than see it killed. King Solomon declared the woman who showed compassion to be the true mother, entitled to the whole child.

Cook County Judge James Shapiro was scheduled to hear a child support matter on August 10, 2021, between Rebecca Firlit and Matthew Duiven. The couple have been divorced for seven years and have had custody or visitation arrangements for their son since June 2014 (the exact arrangement is unclear based on initial reporting).

At the beginning of the hearing, Judge Shapiro asked whether Firlit had been vaccinated yet. Firlit said she had not because she had “adverse reactions to vaccines in the past” and that a doctor advised her against getting inoculated against Covid-19. Duiven has been vaccinated. Their 11-year old son is still too young to get vaccinated.

Judge Shapiro ruled that Firlit could not see her son until she got the Covid-19 vaccination. Duiven had not requested a change in their son’s visitation or custody arrangements, but his attorney said they supported the ruling. Firlit intended to appeal the ruling as she had been given no notice that her vaccination status was even an issue prior to the hearing. However, Judge Shapiro has since reversed his decision and Firlit’s visitation/custody of her son may continue. 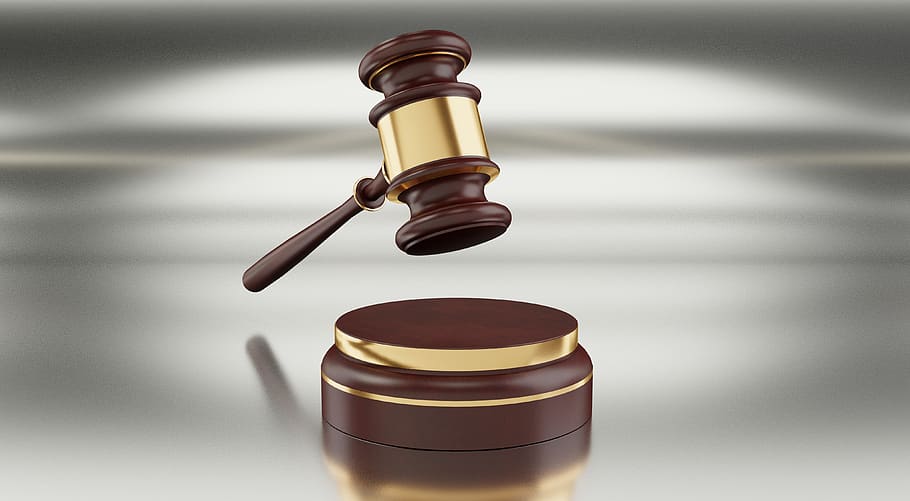 What Is the Difference Between Custody and Visitation?

It is unclear from initial reporting whether Firlit had custody or visitation rights with her son. It is generally a higher burden to remove a parent’s custody over a child than it is to revoke visitation rights. If a parent only has visitation rights, then the court likely made a prior determination that the parent should not have custody. The mother’s insistence that she has a medical issue with vaccines might not be persuasive if she has previously exaggerated or made a false statement that lead to her losing custody before. It would not be unreasonable to demand a doctor’s note if the mother had previously been less than honest before the court. Restricting visitation time is more justified in this context than removing physical or legal custody.

Does a Family Law Judge Have Authority to Prohibit Visitation or Remove Custody Based on Vaccination Status?

Family law judges are required to make decisions based on the best interests of the child, not the parents. If a parent is a threat to the child’s wellbeing or safety, the court has the authority to revoke visitation or even custody from that parent.

The issue is whether Covid-19 would present a legitimate threat to the child such that the court should remove custody or visitation rights. If the child is immunocompromised or if the mother recently tested positive for Covid-19, the court might be required to protect the child from a clear viral threat. The fact that the father is vaccinated would certainly make a custody decision easier if there was no reason to doubt the father’s ability to be a solo parent for awhile.

On the other hand, a purely hypothetical threat of Covid is no different than a hypothetical threat of an auto accident or a food allergy killing the child. The child might also be exposed to Covid from other sources, such as school or daycare, such that it might not be reasonable to place the burden of preventing Covid exposure purely on the unvaccinated mother.

However, Firlit should show more restraint with fighting this matter in the court of public opinion. Covid-19, especially the delta variant, can be dangerous to children. Some children have died after infection and even the ones who survive may have long-term breathing and speaking issues. Some parents would die for their children – surely those parents would find social distancing from their child to be a reasonable alternative to having a dead child or a child who must suffer with long-term breathing problems.

While Firlit’s son might need his mother, it is also in his best interests not to be needlessly exposed to a dangerous contagion. The Judgment of King Solomon should be a reminder to all parents that they must sacrifice their own desires to keep their children safe. Otherwise, family law judges may be forced to make such tough decisions when the parents are unable or unwillingly to.

Do I Need a Lawyer For Child Custody Issues?

If you need help with any of the child custody laws in your area, you may need to hire a local family lawyer. A family lawyer in your area can help you with your case and can research the laws to determine what your custody rights are as a parent.