Jim Carrey’s character in the 1997 film Liar Liar is able to prevail in his client’s spousal agreement case by proving that she was a minor when she signed a prenuptial. Since a minor was unable to consent to the agreement, Carrey’s character won despite being literally unable to lie. Sadly, real life and real law are far more complicated than a 90’s movie make them out to be.

Pereira, now age 30, claims that her mother was negligent in handling the situation. Pereira claims her mother said it was her fault she became pregnant and her mother pressured her to marry Greathouse. Pereira’s mother claims that Pereira lied about her age to Greathouse and that the marriage was Pereira’s idea.

Around the same time, Greathouse was arrested for second-degree rape for having sexual intercourse with Pereira when she was a minor. Greathouse pleaded down to contributing to the delinquency of a minor and got a two-year suspended sentence for a misdemeanor. He asserted that Pereira had lied about her age, though Pereira was in the junior youth group. 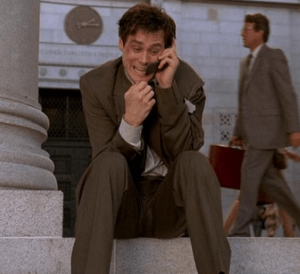 The story here is actually not unusual but with terrible consequences. Some parents make the mistake of allowing an older man to move into the home even though they have young or even teenage children. Pereira’s parents should not have allowed Greathouse to move into the home.

As traumatic as Pereira’s teenage years may have been, neither Pereira nor Greathouse are important as their daughter’s best interests. Greathouse’s crimes against Pereira should not matter in a child custody proceeding – the only issue is whether he would commit a similar crime against his daughter. Pereira’s childhood is already over and Greathouse has already been judged by the legal system even if Greathouse was lightly punished.

To be certain, Pereira deserved better than the life she had. However, their daughter still has four more formative years. Pereira and Greathouse should be focused on how their daughter should be raised even if her father’s conduct was reprehensible. Their daughter never asked to be conceived in this manner and further litigation would probably harm her further. It is utterly unfair and cruel to expect an alleged rape victim to share custody with her rapist, but ultimately it is the child’s best interests that should matter most in a custody dispute, even if the parents have abused each other.

Do I Need a Lawyer for Help with Child Custody Issues?

Divorce and separation cases can often become emotional and overwhelming. Your lawyer can help you stay focused on the best outcome for your child, discuss best strategies, and can make sure that your rights as a parent are protected. If you are having issues with child custody or visitation arrangements, it may be in your best interest to hire a local child custody lawyer for guidance.