Obamacare is Defendable Even Without Its Individual Mandate

U.S. District Judge Reed O’Connor found the Affordable Care Act (ACA), or “Obamacare,” invalid. Judge O’Conner ruled that once Congress had repealed the tax penalty that enforced a mandate that most Americans get health insurance, the whole law became invalid. The ruling came a day after the healthcare insurance markets for 2019 closed.

Under the ACA, individuals who failed to obtain health insurance would face a tax penalty. This “individual mandate” was considered by most to be the glue that held the law together. Republicans brought a lawsuit against the mandate in late 2010, but the Supreme Court upheld the ACA in a controversial 4-4-1 decision.

Chief Justice John Roberts wrote the Court’s controlling ruling and determined that Obamacare’s individual mandate was constitutional as a tax. In 2017, Congress passed the Tax and Jobs Act (TJA) and reduced the tax penalty to zero, rendering the mandate toothless.

Texas and 18 other states then sued, arguing that the revised law was still unconstitutional because of a legal principle called “inseverability” – the doctrine that some parts of a law are so essential to other parts that invalidating that one part invalidates the rest of the law. Sixteen other states argued in defense of the ACA. 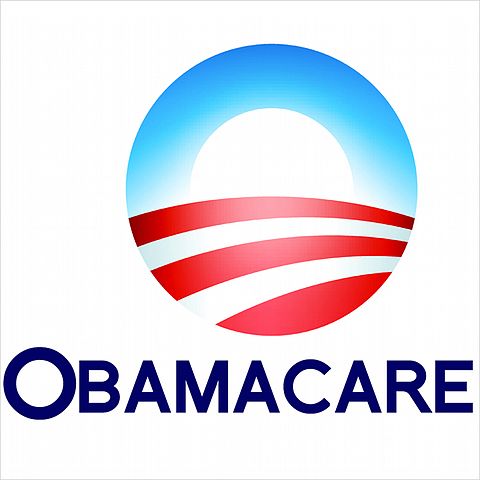 Instead, Congress set the tax to zero. The theory is that if the tax is zero, then it can no longer be a tax as it wouldn’t generate revenue for the federal government. Federal codes are taxes only if they bring income for Uncle Sam. Since the individual mandate no longer brings in money, it is no longer a tax and the rest of the Affordable Care Act has no constitutional basis.

The argument makes sense on the surface but is fatally flawed on analysis. The most important factor in determining whether the individual mandate remains a tax is Congress’s intent in the plain language of the text. When Congress passed the TJA, it had the option to either remove the individual mandate entirely. A clean removal of the mandate would have made it clear to all that Congress was repealing the tax.

Instead, Congress took the far more complicated and subtler route of reducing the tax amount to zero. The plain language is clear: Congress wanted the individual mandate to remain in place, but the amount of revenue collected to be zero.

Judge O’Connor has interpreted this revision to mean that since the amount of tax collected is zero, then there is no tax. However, Congress’s intent here is as plain as it can be: it doesn’t want to repeal the individual mandate; it just wants the revenue collected to be zero.

To put another way, collecting zero tax is different from collecting no tax. There are several examples which illustrate this difference. In computer programming and arithmetic, zero is still a number that holds a value whereas “null” holds no value at all.

Similarly, if my electricity bill shows a value of “zero” it means that I do not owe PG&E any money for that month. On the other hand, a null electricity bill would mean that PG&E would have no authority to even bill me in the first place.

The same principles apply here: Congress chose to forego the option of removing the individual mandate outright and instead made the amount of tax collected under the mandate zero. In accounting terms, a value of zero still holds value. It may not be a positive number, but it is still an applicable column in the government’s spreadsheet. In contrast, repealing the mandate outright would have removed the mandate from the spreadsheet entirely.

The distinction between zero tax and no tax is a subtle, but critical difference. Legally, the federal government is still collecting revenue on the individual mandate, but the amount owed and collected is zero. Since a tax is still being collected, the individual mandate would still survive under Congress’s authority to levy taxes.

Numerous Obamacare Provisions Would Survive Even If Separated from the Mandate

In contract and constitutional law, certain written provisions may be declared unenforceable. When that happens, the rest of the contract or the law may survive independently of the unenforceable contract or law if certain conditions are met. Plaintiffs in this lawsuit argue that if the individual mandate is unconstitutional, then the remaining parts of Obamacare must also be unconstitutional because they cannot survive alone without the mandate.

Judge O’Connor determined that the entirety of the Affordable Care Act was unconstitutional because prior Supreme Court rulings and the text of the law suggested that the individual mandate was the “lynchpin” that held the law together.

Although Judge O’Connor’s analysis of Congress’s intent was very detailed, he neglected to analyze each individual clause itself to determine whether they could survive being without the mandate. If O’Connor wants to avoid judicial overreach, he should follow Chief Justice Robert’s example and salvage as much of the law as possible. Below is a list of each part of Obamacare and whether it could live on its own without the mandate:

While the majority of Obamacare was designed to be funded by the individual mandate, certain provisions are not. The Medicare expansion, coverage for children under 26, and mandate on small businesses are all funded by sources independent of the individual mandate. Even if the mandate is unconstitutional and the remainder of the ACA is not severable, those three provisions would be able to stand on their own.

However, it is not the Court’s concern if some provisions would be underfunded without the individual mandate. Cutting the mandate and keeping Medicare expansion and preexisting condition coverage may grow our deficit and force the costs onto the insurance industry and consumers. It is Congress’s job to balance the budget while deciding what programs to trim or cut. The role of the judiciary is to determine whether a law is constitutional, not whether it is good or bad policy.

Obamacare is Unlikely to Fade Away

Complete repeal of the ACA would have a significant impact on all Americans. Even though a U.S. District Court found Obamacare unconstitutional, it is doubtful that the ruling would remain as is. As discussed above, the ACA, and even the individual mandate, could survive even if the tax penalty were reduced to zero. Judge O’Connor’s ruling will likely be appealed to the Appeals Court and then to the Supreme Court.

In the meantime, the White House has said it has no places to end the healthcare marketplaces yet. Although this Administration is completely inconsistent with itself and its President, the fact they haven’t scrapped them yet is a good sign. Since Judge O’Connor declined to issue an injunction to enforce his ruling, he may realize his anti-ACA ruling is not long for the world either.

Previous
« Four Police Officers are Indicted for Assaulting an Undercover Cop and Covering It Up
Next
When Do We Get a Jury Trial in Civil Court? »