A Ninth Circuit Appeals Court ruled 2-1 that border patrol agent Lonnie Swartz could be liable for killing Jose Rodriguez. Swartz was sued by Rodriguez’s mother, who claims that in October 2012, the agent shot her son without cause as Rodriguez walked down a street in Nogales, Mexico. Swartz alledges he fired his gun in self-defense when a crowd began throwing rocks at him.

Swartz was also charged with second-degree murder and manslaughter in Tucson, Arizona. Prosecutors argued that Swartz’s decision to fire 16 bullets at Rodriguez was beyond the scope of self-defense, especially since two other law enforcement officers with Swartz that night did not fire back.

Swartz’s attorney argued that the dangers involved with patrolling the border required more leeway for the agents. The jury acquitted Swartz of the murder charge, but the jury deadlocked on the manslaughter charge. Swartz will be retried for manslaughter in October.

The Ninth Circuit’s ruling doesn’t affect Swartz’s criminal case. Criminal and civil courts can result in completely different outcomes because they have different standards of proof.

The Ninth Circuit’s ruling does open a different door against federal agents though. Government officials enjoy immunity from lawsuits relating to their job. For instance, senators cannot be sued merely for voting on a bill because voting is a fundamental part of their jobs.  However, that immunity is not absolute.

Government immunity is related to employer vicarious liability – employers can be liable if an employee acts in their name, but are not liable for actions that fall outside the scope of employment. Similarly, federal officials can be sued if they act outside the boundaries of their offices. 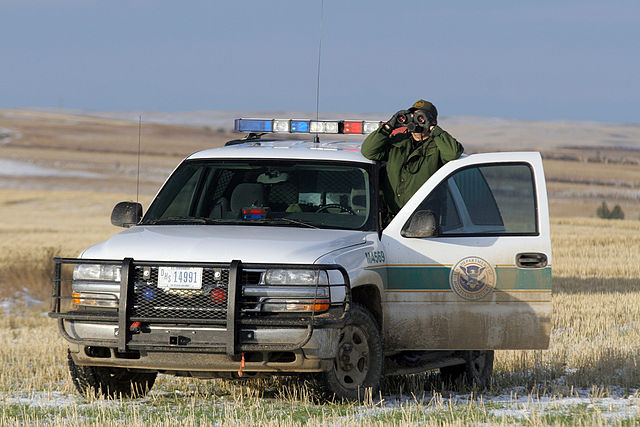 Could Border Agents Be Personally Liable for Wrongful Death?

The ruling would make border agents potentially liable for injuries they cause.  This doesn’t mean that all border agents can be sued. Immunity would still apply if the agents were acting on lawful orders from a supervisor or a court. Agents can still be held accountable if they act outside the bounds of their job.

The ruling does not make Swartz and other agents automatically guilty or liable. They would still have the right to an attorney and a speedy trial. Being a border agent doesn’t give a license to kill though. If a federal agents kills someone, they should be made answer to society (criminal court) and to the families of the victims (civil court).

The political focus on immigration and border security will undoubtedly draw naysayers. Swartz was already cleared of murder by a jury. Evidence suggests that he was acting in self-defense against a protest turned violent. The charges were brought years after the incidence, muddying the facts of the case. Opening Swartz to civil liability would be throwing metaphorical rocks at him after he endured the real ones.

The larger consequences of this case are the real issue here, not Swartz’s individual circumstances. In an era when ICE and other border control agents are given unprecedented power and leeway, they should also be made accountable if they exercise their power in an unconscionable and unconstitutional manner.

Dissenting Judge Milan Smith would prefer that immunity be addressed by Congress rather than the courts, but determining when immunity laws apply is a judicial question. Making border control agents liable for their actions is not about interfering with border control, it is about ensuring they do not abuse their power.