Harvey Weinstein’s name and face has become synonymous with the dozens of sexual crimes he has been accused of; crimes ranging over the course of multiple decades. The accusations, and the industry culture they revealed, were so horrifying that they kick started the #MeToo movement-although the phrase and movement had existed in a much smaller form before Weinstein’s terrible actions came to light.

More than 80 women have accused Weinstein of sexual harassment or assault in less than a year. This list includes names such as Rose McGowan, Angelina Jolie, Gwyneth Paltrow, Ashley Judd, and more. The bravery of all of these women in coming forward has continued to contribute to the #MeToo movement and a more frank discussion of the social and industry norms that have allowed such rampant sexual abuse to go unpunished and largely unnoted for so long.

We’ve discussed the litany of cases brought against Harvey Weinstein after his long history of sexual assault became public.  However, since our original article on the topic the criminal charges against Weinstein have gone from the early investigation progress to an indictment of charges which would leave Weinstein facing a life sentence. The process, as with most legal proceedings, has been fairly slow and deliberate.

The first batch of criminal charges out of New York came in May, where Weinstein was indicted on three charges including charges of first and third degree rape against two separate women. The first set of charges stemmed from an encounter in 2004 where Weinstein allegedly forced a woman named Lucia Evans–a marketing exec and former actress–to perform oral sex at what she had been told was a casting meeting.

The other charges came from Weinstein allegedly cornering a woman in her hotel room in early 2013 and raping her. The woman chose not to be publically identified. The most serious of these charges carry a maximum sentence of 25 years in prison. These charges are still in early stages, an indictment is where a grand jury rules there is sufficient evidence to bring charges as opposed to a conviction of those charges. As of now, Weinstein has claimed both encounters were consensual and pled not guilty.

However, earlier this month, this same grand jury approved three new charges against Weinstein. These charges not only include a new charge of Weinstein forcing a third woman to perform oral sex in mid 2006, they include two charges of predatory assault–the highest level of sexual assault charges that New York law features. These charges carry a potential life sentence for Weinstein if he is found guilty. 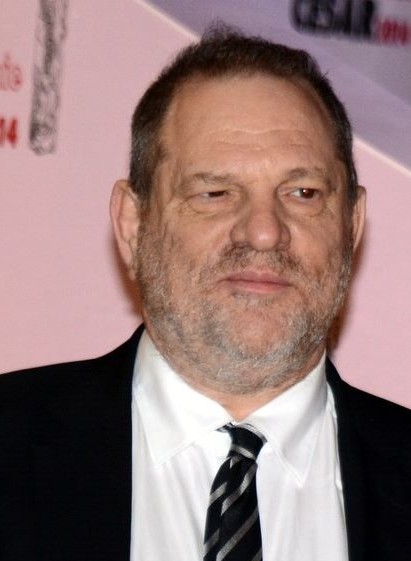 What is Predatory Sexual Assault Under New York Law?

Sexual assault is easiest defined as nonconsensual touching or contact of a sexual nature done by force, threat of force, or violence. However, as with all criminal law, each state has its own approach to what this means–what constitutes a touching, what constitutes force, etc.

The definitions and wording of the criminal statutes out of each state define the different types of crimes and the evidence needed to establish them. In New York, predatory sexual assault has been the among the most serious of sexual assault crimes under their state legislature since it was first introduced as a crime in 2006.

The fact that the law creating the crime was passed in 2006 is relevant here. With one of the women alleging her assault occurred in 2004, only the attacks on the other two women allow the state to bring charges under this statute. This is the source of the two new predatory sexual assault charges.

Predatory sexual assault, under New York law, is an enhancement beyond usual sexual assault charges based on additional actions taken by the accused. The crime occurs when a person commits rape in the first degree, a first-degree criminal sexual act or aggravated sexual assault and fulfills some other statutory requirements. In addition to the base crime, the accused must do one of the following:

As you can see, predatory sexual assault is a serious felony. If found guilty Weinstein faces a minimum of 10 years in prison for each charge and, as mentioned, could be put away for life. These charges are by far the most substantial to be brought against Weinstein as of yet.

The Weinstein Case is Still Ongoing, More Charges May Still Be Coming

These charges are enough to put away Weinstein for life, but they represent charges brought based on a small fraction of the sexual assaults Weinstein has been accused of by women from across the nation. The charges don’t even incorporate near to all the women who have accused him in New York.

At least two other women, Paz de la Huerta and Mimi Haleyi, have both accused Weinstein of raping them. It’s unclear if either of the two unidentified women are Ms. De la Huerta or Ms. Haleyi. However, suffice it to say, there may very well be even more charges incoming against Weinstein over the heinous acts he is accused of.  The prosecutors in the case continue to interview witnesses and potential victims; they have indicated that new charges are a strong possibility.

The case is currently in very early stages. The indictment process is essentially the first step of a long, likely years long, criminal case. As of now, Weinstein is walking free. He was released on $1M bail back at the end of May.

There is still no date for a trial, and given where the case is, it will likely be months before there is one. However, Weinstein is beginning to face charges of a seriousness which match the extent of what he has been accused of. As time passes, we will see how and if he is held accountable.