The Battle for the Internet: State Action on Net Neutrality

After the FCC ruling on net neutrality, several states have taken independent action to make these requirements a part of their state law and give you back the consumer protections that go along with net neutrality rules. For those unfamiliar with the situation, the FCC has recently repealed requirements that internet service providers (ISPs) not provide preferential treatment to different types of internet traffic, throttle users, or outright blocking content it doesn’t like. This repeal of consumer protections, despite substantial public outcry against the move from people of both political parties, opens the door for ISPs selling the internet in bundles like cable, censoring content by slowing it down or blocking it, and putting businesses over a barrel to force paid prioritization. The move incensed many politicians, as well as the public, and some have acted on the issue.

States which have taken legislative steps in the last week or so include New York, Washington, and California with California having two different laws to help maintain your protections. Several state attorney generals have also begun the process of bringing lawsuits challenging the FCC ruling. These laws and the lawsuits will both face serious challenges–both legal and political–if they hope to make any real headway. Let’s look at these recent steps and the stumbling blocks they will face as they move forward. 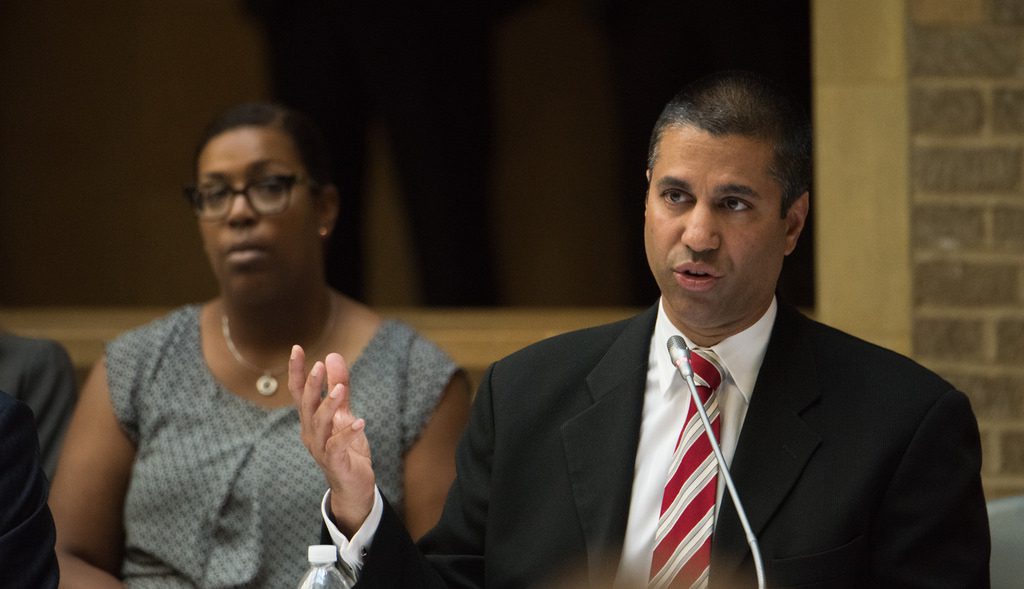 In California, lawmakers have approached net neutrality from two different angles. First, State Senator Scott Wiener out of San Francisco has proposed SB 822, was introduced on this last Wednesday–January 3rd–and approaches the issue as a regulatory issue through the California Public Utilities Commission. Another California Senator, Kevin de LeÃ³n out of Los Angeles, has introduced SB 460 which outright reenacts the consumer protection requirements of net neutrality as a state law requirement to operate in California. Since their recent proposal, quite a few lawmakers have asked to ask as co-authors to these laws.

Currently SB 822 is fairly simple, perhaps too much so to be effectively enforced. However, it will likely see substantial changes if it is ultimately passed. As it stands, it provides new duties to the California Public Utilities Commission (PUC). The PUC would oversee ISPs and ensure that they comply with the net neutrality provisions previously enforced by the FCC. Where the ISPs do not comply, the law would prevent them from receiving any state contracts, renewing California state franchises, or use any utility poles owned by California as part of their network. Taken together, these rules would represent both an extreme expense to ISPs and, in some situations, make operation within the state extremely logistically difficult.

SB 460, on the other hand, takes a more direct tact. It would outright make it illegal for ISPs to violate net neutrality provisions such as requiring businesses to pay for prioritization either to avoid throttling or to be given a internet “fastlane.” It would also make it illegal for ISPs to mislead the public as to their compliance with net neutrality rules, something that nearly every ISP has got in trouble for doing at some point or another.

As mentioned, these laws are simple at this point. However, both Senators associated with the bills have mentioned that they will take their time to ensure that the laws are thorough and address any current issues in their original drafts. These California senators are not alone. A Democratic Senator out of New York and a Republican out of Washington have both introduced similar laws in their respective states. New York has also considered rules denying state contracts to all ISPs who are not compliant with net neutrality rules.

The Difficulties These Laws Will Face

If passed, these laws will all face legal challenge–end of story. If not from the Trump administration and the FCC itself, the ISPs will sue. It would be ironic for Republicans, ostensibly the party of state rights, to come down on these laws. However, it seems very likely that these laws will face conservative judicial challenges. Conservative political interests and the Trump Administration have cracked down repeatedly on state laws such as sanctuary laws and legalized marijuana. This will very likely be the case for state net neutrality laws.

Once challenged, all these laws have a serious obstacle to overcome–the FCC ruling repealing net neutrality also specifically pre-empts state or local measures that would act contrary to the FCC ruling. This means that the FCC says that its own rules win in any conflict between its rules and laws like the ones that have been proposed. The FCCs pre-emption ruling covers both “requirements that [the FCC] has repealed or decided to refrain from imposing.” This basically covers all net neutrality provisions.

This pre-emption is likely to be enforceable in the courts. Federal law generally pre-empts state law. Broadband services are difficult for states to regulate where they cross state lines. Even when state laws deal entirely with in-state behaviors, their implications will effect multiple states and enter the realm of the federal and the FCC.

With the way the FCC net neutrality pre-emption policy is worded, such a challenge to these laws would be an uphill battle for the states. However, such a battle would not be impossible. These states will have to argue that the FCC does not have the power to pre-empt them as they have. This position has some support. Just last year the 6th Circuit ruled that the FCC did not have the power to pre-empt Tennessee and North Carolina laws restricting the expansion of smaller ISPs–instead allowing larger ISPs such as Comcast to maintain their ironclad grip on territory. While this ruling is not necessarily for the best for consumers, it does establish the precedent that the FCC does not have blanket authority to pre-empt the states.

The court, looking the Telecommunications Act which governs the powers of the FCC, argued that the act had not delegated the power of pre-emption over the states to the FCC in clear enough terms to support such a power. This ruling supports the premise that the FCC cannot stop these state net neutrality laws.

While lawsuits may be forthcoming once these state net neutrality laws are passed, there have already been lawsuits filed on behalf of a number of State Attorney Generals challenging the validity of the FCC’s recent net neutrality repeal. With substantial fraud in the comment process on the FCC net neutrality ruling–apparently both dead people and Obama himself opposed net neutrality all along–several states such as New York have brought lawsuits arguing that the FCC’s administrative process and decision making–both the speed with which a decision was reached and the reasoning behind the decision–in repealing net neutrality was so poor that it was “arbitrary and capricious.”

This arbitrary and capricious language is not out of nowhere, it is the standard by which FCC rulings would be judged by the courts. Unfortunately, this also means that these lawsuits are quite unlikely to succeed, arbitrary and capricious means the states would need to show that the FCC ruling essentially no rational explanation before the courts will decide to overturn the FCC. To say this is an incredibly low standard is an understatement.

The Loss of Net Neutrality Has Damaged Consumers

While broadband providers touted the business advantages of removing net neutrality restrictions–creating jobs, lowering prices, and promoting increased investment in infrastructure–none of this has occurred. Comcast fired 500 employees right before Christmas, both Comcast and Dish Network increased their prices in the last few weeks, and the announced infrastructure investment for the next year is essentially the same as last year. All that the FCC’s net neutrality repeal has done is take away your consumer protections. The states are taking steps to bring those protections back. Any successes will be a long fought battle–we’ll have to wait and see if they end in victory.