Capitol Police Officers Sue Trump and Others Over Jan 6 Insurrection

Seven police officers filed a lawsuit against Donald Trump and more than a dozen others who allegedly participated in or planned the insurrection at the US Capitol on January 6, 2021. The officers allege they were violently assaulted, spat on, tear-gassed, bear-sprayed, and subjected to racial slur and epithets due to Trump’s conduct and the conduct of others.

The lawsuit, filed in federal court in Washington DC, claims that Trump incited a mob of his supporters to storm the capitol by falsely claiming the presidential election was rigged. The defendants allegedly encouraged the insurrectionists to engage in acts of violence knowing full well that certain supporters, such as the Proud Boys and OathKeepers, had demonstrated a propensity for violence. Even when Trump learned of the assault, he allegedly refused to call off his attackers whom he had personally directed to the capitol.

The lawsuit notes that at a presidential debate in September, Trump appeared to summon members of the Proud Boys by telling them to “stand back and stand by.” The following month, Stewart Rhodes, the leader of the Oath Keepers, appeared on Infowars, and allegedly predicted an impending civil war and vowed to post armed members of his group outside Washington in order to “save the White House.”

The claims in the lawsuit include battery, assault, negligence, and claims of conspiracy and bias related crimes associated with the Ku Klux Klan Act. The lawsuit includes a claim for punitive damages. This is actually the second lawsuit filed against Trump and various supporters for instigating the insurrection; the first lawsuit was filed by Congressmen earlier this year.

Since the insurrection, the FBI has not found sufficient evidence that the insurrection was the result of any coordinated plan or organization by far-right groups and/or by Trump. A judge in Michigan has also disciplined the Trump campaign’s lawyers for filing frivolous lawsuits without any evidence of election fraud and Rudy Giuliani has been suspended from practicing law for his conduct during said lawsuits. 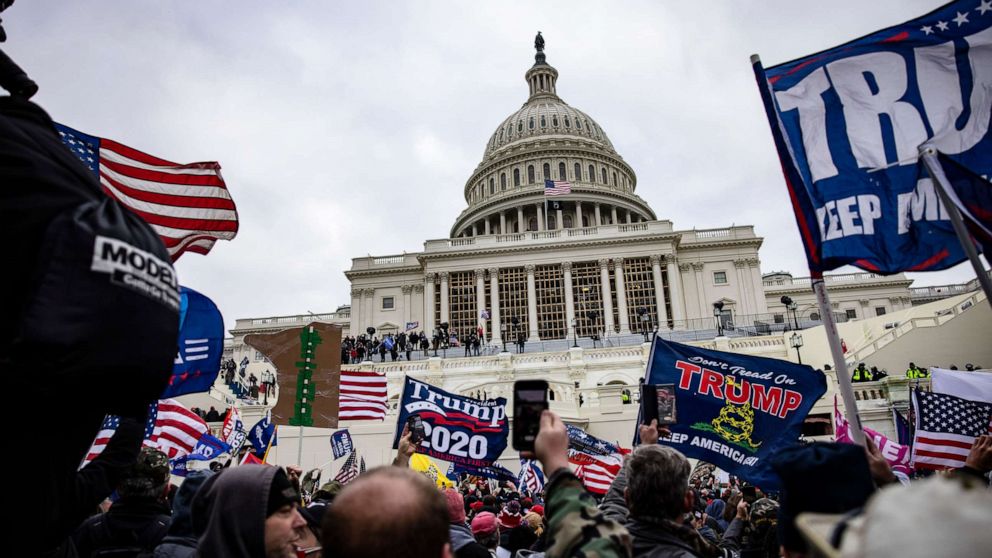 Is Trump Immune From Civil Lawsuits Regarding the Insurrection?

However, it is extremely disturbing to permit a member of the government to encourage an attack on another branch of government and to let that official walk away without consequence. Arguably the appropriate action would be to impeach and bar that official from ever holding office. Trump could point to the Senate’s failure to convict him as evidence that he should not be sued for the insurrection. It is generally accepted that a defendant can be tried in criminal court and sued in civil court over the same acts. The constitution does not state that impeachment is the exclusive remedy for an American official accused of attacking his own government.

Public officials are only immune from lawsuits for actions taken within the capacity of their office. While a legislator cannot be sued for how he votes on a bill or what he or she says while debating on a bill, that same legislator would not be immune to a drunk driving charge if he or she hit a pedestrian while under the influence. A judge would not be immune from a lawsuit about using unreasonable force if that judge attempted to make a citizen’s arrest on a criminal suspect.

Trump’s actions were arguably outside the scope of his office. The 2020 elections were over when Trump encouraged his supporters to march on the capitol. His supporters were not government employees and so he was not using any constitutional authority when he was speaking with them. Moreover, inciting a mob against Congress is definitely not in the President’s job description.

The precedent established by granting Trump immunity against insurrection based lawsuits would be horrible. Presidents should have no authority to challenge the results of his own election after the Supreme Court has had a ruling on the matter. It is often argued that Presidents and Governors should not be able to pardon themselves because no man can be judge of his own conduct. Permitting a President to challenge his own election outside the courtroom will only lead to more insurrections, violence, and even warfare in future elections. Trump’s claim of immunity must be rejected for the constitutional order to continue.

Were the Defendant’s Conduct Justified by Free Speech?

The defendants have asserted that they are protected from lawsuits regarding their statements about the insurrection. While social media have legally been able to ban Trump and various others for statements connected with the attack, Twitter, Facebook and YouTube are all private corporations that have a right to control their own services and that have free speech rights of their own. In contrast, a civil lawsuit requires that the judiciary, the third branch of government, take action against the defendants. The First Amendment is a potential defense against lawsuits regarding statements made.

However the First Amendment is not a defense against calls to violence. While general statements such as “F*ck the President!” or “I wish *** would die!” may be protected speech, specific threats are not. The more specific and actionable the threat, the less defensible it becomes. Insurrectionists who talked about hanging Vice President Pence while marching on or entering the capitol would not be protected by the First Amendment. Similarly, those planning such actions or encouraging such actions may be facing liability especially if such speech were made on or around January 6, 2021.

Can Defendants Be Liable for Assault and Battery If The Defendants Didn’t Touch the Victims?

The officers would have to show that the defendants who had not actually touched them were controlling or directing the defendants who did. Many of the insurrectionists who have pleaded guilty have testified that they only breached the capitol because Donald Trump told them to. However, the officers will need their actual assailants to testify that they believed Trump wanted them to attack others, not just that Trump wanted them to invade the capitol. However, Trump certainly created the necessary circumstances for the attack

Do You Need Help With a Personal Injury?