It seems likely that most people would call some of what you see on the internet an assault on the eyes. However, a court has recently made a ruling on a darker example of this that has taken this concept to a whole new level.

Assault and battery, two different but often interrelated crimes civil charges, are some of the most commonly litigated or charged infractions around. With that in mind, the body of case law outlining the exact boundaries of these legal concepts has explored some true corner cases and developed some very interesting rulings. Just a few weeks ago we saw such a ruling in Eichenwald v. Rivello as a Maryland District Court ruled that sending a flashing gif to somebody is capable of constituting battery.

This ruling is on a motion to dismiss, an important thing to understand as this is far from the same thing as a court saying that Kurt Eichenwald, the plaintiff here, has proven his case. In a motion to dismiss ruling, the question is whether there are sufficient specific facts alleged to plausibly establish that the elements of the charges brought could be met.

This analysis is done construing the facts most favorably to the non-moving party–in this case Eichenwald. However, as a threshold matter the court needed to answer at least one serious question here–can sending a flashing gif be battery. The court said yes.

Let’s look at the facts of this case (darker than the nature of the case would seem on its face), the law around assault and battery, and the reasoning behind the court’s ruling. 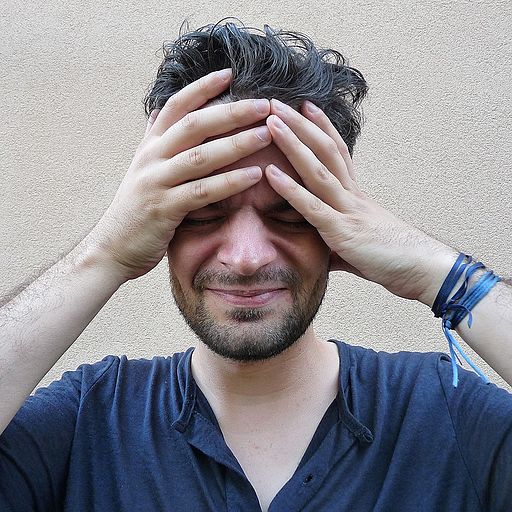 What Happened in Eichenwald?

The cornerstone of why this case is not the amusing anecdote it might seem on its face is simple. Eichenwald is an outspoken critic of Donald Trump, a frequent internet author on that topic, and–most importantly–suffers from epilepsy and has since he has 18 years old. Eichenwald was quite open about this diagnosis and has even discussed his condition in an article he wrote for Newsweek in 2016.

He even wrote about a particularly bad instance of harassment in late 2016 where he was sent a flashing video that seemed meant to trigger seizures; although the attempt was not successful as Eichenwald quickly dropped his phone upon seeing the image.

However, unfortunately, one individual–the Defendant John Rivello–took unpleasant inspiration from this attempt and just two months later sent Eichenwald a more drastic but similar video accompanied with a violently strobing colorful image accompanied by a message in all caps–“YOU DESERVE A SEIZURE FOR YOUR POSTS.”

This time Mr. Eichenwald did have a seizure; a quite bad one. He had several follow up seizures after this, required assistance from his family, and had to increase the medication he took for the incident.

If Mr. Rivello is indeed the person behind the actions alleged by Mr. Eichenwald, and it seems nearly certain he is, his actions are obviously deplorable. However, they raise the question brought in Mr. Rivello’s motion to dismiss. Can a GIF be a battery?

To understand the question, it is important to first understand how these laws function. They are quite similar in both criminal and civil law, although the burden of proof is obviously less in a civil case.

Assault can be understood as the threat of a battery, thus why they go hand in hand so often. It is very difficult to commit a battery without also committing an assault. To prove an assault, it must be shown that the defendants committed an act which put the plaintiff in reasonable apprehension of immediate harm or offensive contact with their person. Battery, on the other hand, is the actual harm or offensive contact.

These torts are generally intent torts, in other words you must show that the harm or contact was intentional, but there are states where their civil versions can be committed negligently or otherwise without specific intent. Here, Eichenwald is alleging intentional battery. Assault and battery both require that the plaintiff suffer damages because of the offensive touching.

There is a general rule in these torts, and indeed essentially all torts, that a defendant takes their victim as they are. In other words, if you harm somebody with a condition that makes them especially susceptible to your type of harm–even if you don’t know about this condition–you are still liable for the extent of your harm. Thus, the fact that the GIF may not have harmed a person without epilepsy would not be relevant here.

This is a short description of a much more complicated topic. For instance, the law considers defenses, whether the touching was consented to–explicitly or by implication–and more. However, the main question here revolves around whether an offensive touching occurred. This, like many things in law, is much more complicated than it might initially seem.

Many cases have prodded around the exact boundaries of what can constitute an offensive touching. To make things complicated, the definition of an offensive touching is a touching which the average reasonable person in society would find offensive–not the clearest standard but exactly why there has been so many rulings outlining the issue.

Touching their clothes or things attached to them, such as books in their hand or a cigarette in their mouth would also certainly qualify. This just touches the tip of the iceberg in terms of fully explaining the law around what can and can’t be an offensive touching.

To make things even more complicated, there have been cases which have established that the touching can be done by intentionally causing something to touch another in a way that causes harm or is offensive. A simple and obvious version of this is firing a bullet from a gun. However, you could also certainly be found guilty if you spat in somebody’s face.

If you set a trap and somebody walks into it much later, that could qualify. An electrical shock or a loud noise can be enough in the right situation. Driving a car in such a way that it hits something that pushes something else and causes a plaintiff to fall would also likely qualify.

Courts have even determined that intentionally blowing cigar smoke in somebody’s face can be a battery due to the physical particulates within the smoke. This last one was a crucial element in the courts determination here.

The Court Says a GIF Can Be Battery

In reaching their decision here, the court looked at several things. However, one of the core elements of their decision was that–given previous court’s willingness to treat intentionally blowing smoke particulates as battery–intentional use of the photons with light as a weapon is enough to constitute battery.

Yes, light is a particularly strange topic when it comes to its physical makeup and behavior, but here the court chose to consider its nature as a particle as well as wave to mean it counts as a particle for purposes of the law.

The analysis centered around Rivello, knowing of Eichenwald’s epilepsy and clearly intending to do harm to him through this GIF, sending the light photons to Eichenwald and striking his retinas to cause a seizure.

This is certainly one of the broadest rulings of what can constitute a touching to come out of a court. However, the ruling does not solely focus on the physical nature of the light in reaching its conclusion.

Although the intentional weaponizing of the GIF in this case to use light to attack Mr. Eichenwald was a large part of the court’s reasoning, they also looked to a different justification in allowing the battery charge to stand.

They looked to the goal of tort law to punish conduct outside the bounds of civil society, and determined that Mr. Rivello’s behavior was the sort that tort and battery law was designed to punish–its offense to Mr. Eichenwald’s dignity made it rise to the level of battery. This “offense to dignity” language is a common line of reasoning in some courts, discussing battery as the intentional and unpermitted invasion of the inviolability of your body.

This, combined with both the law not requiring an actual physical touching and the longstanding rulings that any battery can be committed by essentially any physical force exerted “through concrete bodies” gave the court the leeway to determine that Eichenwald had shown enough facts to establish that a GIF could be battery.

Where Will The Case Go From Here?

As a motion to dismiss, this case is still in fairly early stages, especially since appeals will be available even after this. Although, as the facts do not seem to be heavily disputed this is a very bad sign for Mr. Rivello. Mr. Rivello also is facing criminal charges for his actions against Kurt Eichenwald.

This ruling wasn’t all roses for Mr. Eichenwald. The Judge here did dismiss an additional claim for purposeful infliction of bodily harm, although the dismissal is without prejudice allowing Eichenwald to bring the charge again later.

Regardless, the ruling here is likely a welcome one after all that Mr. Eichenwald has been through. For us, it highlights how complicated the law can really be–even in an area of law with some of the most rulings giving guidance there is always something new to consider.

The circumstances of the case, Mr. Rivello’s clear intent to harm Eichenwald, likely contributed to the court’s ruling here. However, this is why caselaw exists, to figure out what to do in such strange situations.