Hasta Muerte, an Oakland coffee shop, refuses to serve police officers. The cafe opened last November after a crowd-funded campaign. On February 16, a sergeant was turned away from the shop. The officer left without incident or coffee. The Oakland Police Officers Association has asked the shop to discuss its policy, but the business refused to comment.

Instead, Hasta Muerte posted a message online on February 22: “We have a policy of asking police to leave for the physical and emotional safety of our customers and ourselves.” The post also asks community members to support the cafe’s safety “especially in an area faced by drug sales and abuse, homelessness, and toxic masculinity as we see here on this block.” The shop is owned by a five-member worker cooperative. 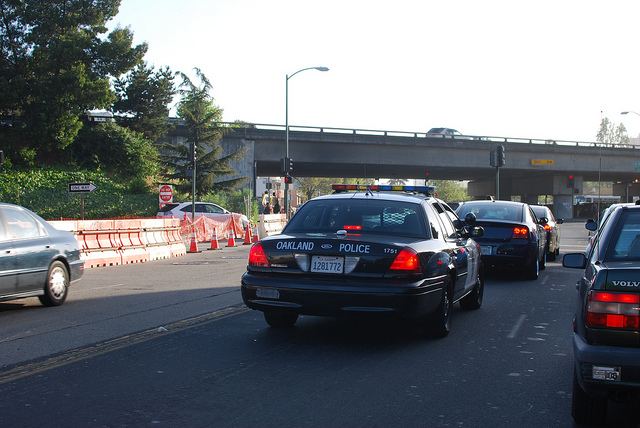 Refusing to Serve Cops: Is this Legal Discrimination?

The Civil Rights Act only protects specific traits – religion, gender, sex, national origin, and race. The Americans with Disabilities Act further protects those who are mentally or physically disabled. There are no protections for police officers. California law also prohibits discrimination based on military and veteran status, but no laws exist to prevent discrimination towards police. Police officers, at least in California, have no civil rights recourse if a business chooses not to serve them.

Laws prohibiting discrimination towards police officers don’t exist because they seem unnecessary. It seems unwise to bite the hands that might respond to an armed robbery. Of course, refusing to serve an officer does not mean that the business can escape civil or criminal liability. If the police see a crime occurring or if someone reports that a crime is occurring inside the shop, the business cannot bar the police from investigating.

On the other hand, this type of policy could also legally backfire on Hasta Muerte. The cafÃ© plays with fire when it advises customers to “Talk to your neighbors, not the police.” Although community members have no legal obligation to report a crime, they cannot prevent others from calling the police. If a crime occurs and Hasta Muerte prevents witnesses from cooperating with the police, Hasta Muerte could face a criminal indictment for obstruction of justice and/or accessory after the fact.

What Should We Take Away from This?

However, this shouldn’t be a reason for police not to protect the cafÃ© or anyone else who refuses to serve officers. Police will always have a duty to protect and serve, even if the protected are hostile towards the officers. The police department should be the bigger men in these situations. The state should not require that shops like Hasta Muerte serve officers. Instead, the police department should work to win back the trust of the community. Respect is earned. If the local community doesn’t respect its officers, the responsibility is on the officers to earn it.