Impeachment and the Right to Remain Silent

Former Ambassador Yovanovitch took the stand on Friday, November 15, to testify about Rudy Giuliani’s efforts to remove her from her post. During her testimony, the President tweeted the following:

“Everywhere Marie Yovanovitch went turned bad. She started off in Somalia, how did that go? Then fast forward to Ukraine, where the new Ukrainian President spoke unfavorably about her in my second phone call with him. It is a U.S. President’s absolute right to appoint ambassadors.”

(The President’s right to appoint ambassadors is subject to Senate confirmation so it is not in fact absolute).

Chairman Adam Schiff was quick to read the tweet into the record and ask for Ambassador Yovanovitch’s opinion. Chairman Schiff also alluded to the possibility that a witness tampering impeachment charge would be added as a result of this tweet.

The live tweeting continued the following week with the President mocking Lt. Col. Vindman for wearing his uniform to the hearing – even though the law requires him to wear his uniform when addressing Congress. The President’s lack of discipline culminated in an hour long Friday morning on-air rant about the impeachment to the seemingly dumbfounded cast of Fox and Friends.

Although the President may currently have a certain level of immunity, average Joes are not so blessed if arrested and charged with a crime. The right to remain silent is thus fundamental before and while facing an impartial judge and jury. Indeed, most attorneys would instruct their clients not to speak with anyone else about the case let alone commentate about the case on social media. 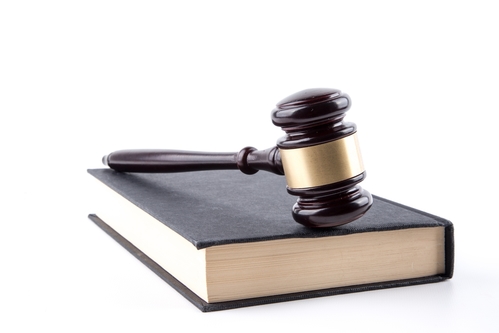 What is the Right to Remain Silent?

The President’s commentary on his impeachment in real time proves why the right to remain silent is enshrined in our constitution. Donald’s inability to remain silent may result in addition impeachment charges for witness tampering. Commenting on a case also highlights the perceived strengths and weaknesses not only to the jury but also to the other side.

Moreover, any public statements may also be used against friendly witnesses and/or the defendant themselves. Inconsistencies and contradictions can be used to undermine a witness’s creditability and may even open witnesses to perjury charges themselves. Evidence that might not otherwise be admissible can be shown to the jury to prove that a witness is lying under oath.

Most importantly, a defendant who publicly comments on a case runs the risk that he or she may inadvertently confess to a crime. The President certainly did so in May 2017 when he said during an interview that hired FBI director James Comey because of the Russia investigation.

Even during these impeachment hearings, the President is demonstrating just how little he knows about the law he is suppose to be faithfully executing – he fails to acknowledge the Senate’s role in appointing ambassadors and doesn’t know that active military members must wear their uniform when in front of Congress.

A regular layperson would be just as ignorant about the law but would not be shielded from the consequences of that ignorance – ignorance is not a defense. Such statements would also not be considered inadmissible hearsay.

Normally an out of court statement cannot be used to prove the truth of the matter asserted in a courtroom. In other words, statements made outside of court for their truth cannot be given to the jury as evidence. Last week, Republicans objected to certain witnesses on the grounds that those witnesses were not present when they overheard the President speaking with foreign leaders.

If that testimony were used to prove the truth of the President’s conversations, then that testimony would be considered hearsay. Of course, the hearsay objections were rendered obsolete this week when individuals who were in the room, including Lt. Col. Vindman, testified about the contents of the conversation.

However, party statements are exemptions to the hearsay rule. The jury is entitled to hear statements that could be considered confessions. Even if certain witnesses were not all present in the room when the President made his incriminating call, the contents of what they heard would not be considered hearsay because they come from defendant himself. Although an impeachment hearing is not a legal proceeding, the rules regarding hearsay would be in full force and effect during an actual trial.

Publicly Commenting On a Case Opens One Up to Subpoenas

Donald’s running commentary will also make it more difficult for his attorneys to oppose any House subpoena for his personal appearance. The White House cannot argue in good faith that the President is too busy to sit for impeachment hearings if he is live commenting on them.

It would be a gross miscarriage of justice if witnesses were compelled to testify under oath while Donald were permitted to influence public and senate perception of them without also being under penalty of perjury himself.

The same danger is true for a normal case. The burden is on the attorney demanding a deposition to prove that a witness has relevant knowledge about a case. That burden is more easily met if a witness exhibits such awareness by making public comments. Unlike impeachment proceedings, a subpoenaed witness would not be able to hide behind executive privilege to evade testimony.

Similarly, publicly commenting on a case also opens one up to further questions during depositions. Attorneys routinely ask witnesses if they have spoken with anyone else about the case.

If the answer is “yes,” the witness may expect a whole battery of cases about who they discussed the case with, when, how, where, why, etc. These questions of course will open up further subpoenas, depositions, and investigations.

From an attorney perspective, the most difficult clients are those who will not listen to advice. One of the most critical pieces of advice is not to discuss the case with anybody else. Remember, discussions between attorneys and clients are privileged and cannot be disclosed without the client’s consent.

Even if the communications are filed with the court, the breach of the privilege will be limited to only those communications filed. However, almost all other comments, especially public comments, can and will be used against you in a court of law.

Previous
« Can a Convicted Felon Pay Their Victim in Exchange For a Lesser Sentence?
Next
DoorDash Sued for Wrongfully Taking Tips from Drivers »