Can a Convicted Felon Pay Their Victim in Exchange For a Lesser Sentence?

Louisiana State District Judge Bruce Bennett had just sentenced Sedrick Hills to 12 years in prison when he offered to reduce Hill’s sentence if his victim agreed to $150,000 cash restitution. The victim – 15 years old during the rape but 31 years old at sentencing, rejected the judge’s offer.

She did not want any of her rapist’s money. The suggestion took prosecutors and the defense by surprise. Hills was charged in 2014 after DNA evidence linked him to the sexual assault. He was convicted in August 2018 of forcible rape. Conviction and sentencing was delayed due to a dispute in the jury room.

Offering Money to Your Victim for a Lower Sentence, is this Legal?

The judge’s offer is not a fine even though it might appear to be so at first glance. Fines are paid to the government not to the victim. It is arguably a creative sentence and thus subject to Eighth Amendment arguments, though it is highly unlikely most criminal defendants would complain about a chance to reduce their prison sentence.

Instead, any challenges to these types of offers would likely come from the prosecution and/or the victim. Is everyone really equal under the law if wealthy defendants can simply buy their way out of prison?

However, the Supreme Court has never concerned itself with discrimination based on wealth. Money is not intrinsic to birth and those who are born poor can be very rich later in life or vice versa. On its face, Judge Bennett’s offer doesn’t violate any constitutional amendments. 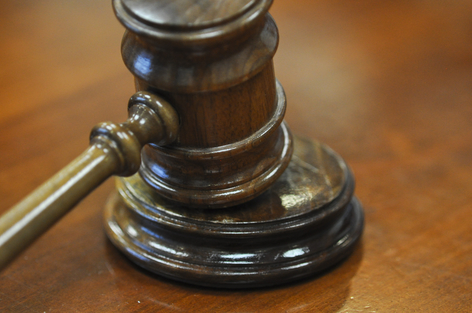 Is Paying Your Victim for Your Crime Moral?

The most controversial part of this story is who made the suggestion. This type of offer would normally be made by the defendant, not the judge himself. Judges are required to avoid even the appearance of impropriety.

An offer from the beach is not a negotiation and it might appear that the judge is taking the defendant’s side. Of course, the judge could argue that he made the offer because he wanted to compensate the victim, a party who is not represented in criminal proceedings.

Strategically, many criminal defendants would be happy to pay a sum of money if it meant getting a reduce sentence. Of course, such an offer does carry a risk as it might make the defendant appear arrogant and it would appear that the defendant is trying to bribe his way out.

If a crime victim wants to be repaid for what he or she lost, it’s often better to go to civil court and sue for assault, trespass of property, wrongful death, or any other applicable tort. In most cases, the defendant can be held accountable in both criminal and civil courts.

Being charged with a crime by the state does not preclude being sued by the victim. This is by design – criminal courts are meant to punish the transgressor while civil courts are supposed to heal the victim.

What About the Statute of Limitations for Sexual Abuse?

The criminal statute of limitations for Louisiana sexual abuse of a minor is 10 years after the minor turns 18. However, if DNA evidence surfaces after the victim turns 28, the prosecution has three years to bring charges. Generally, victims in Louisiana have one year from the date of discovery to file a civil suit against their abuser.

The timer does not begin to run until the victim turns eighteen. So in the current Louisiana case, the statute of limitations would have run in 2015 since the victim would have already been 26 when DNA evidence linked the defendant to the sexual assault (assuming that police informed her immediately of their discovery).

Nevertheless, there are many exceptions to the general rule. Only an attorney familiar with the facts of a case can advise whether the deadline to file a civil lawsuit for sexual abuse has run out or not.