Should Women Be Able to Go Topless in Public?

Women in New Hampshire and Colorado are fighting for the right to appear topless in public. Ginger Pierro was arrested in 2016 for doing yoga while topless on the beach of Laconia, NH. A few days later, Heidi Lilley and Kia Sinclair were also arrested while topless at the same beach to protest Pierro’s arrest. All three women were charged with violating a local ordinance that makes it illegal for women to be topless in public.

The women argued that their convictions should be overturned because the law treats men and women differently. The local ordinance does not forbid men from exposing their bare chests while in public.

The women lost their appeals and the New Hampshire Supreme Court refused to hear their case even though the latter acknowledged that the law does treat the sexes differently. Pierro, Lilley, and Sinclair turned their sights on New Hampshire state legislators afterward.

Across the country, the 10th Circuit Appeals Court struck down a similar topless ban in Fort Collins, Colorado. Pierro, Lilley, and Sinclair now hope to make their case before the United States Supreme Court when the term begins in October.

The topless bans face two different constitutional issues. The first and most obvious problem is that the law discriminates based on sex on its face. In other words, the law as written treats women differently than men. Since the discrimination is built into the law itself, courts must ask whether the discrimination serves an important state interest. 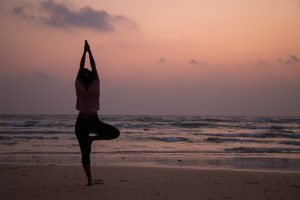 Does Equal Protection Clause Give You the Right to Go Topless?

The government must have an important purpose or goal for treating women differently than men or vice versa. For instance, the military can discriminate based on sex when it compels only men into the draft because it is important that the government has the best military force possible when it enacts a draft.

Similarly, the government can compel businesses a woman’s tardiness or missed workday if she is pregnant because the state has an interest in protecting both the woman and the unborn child. Conversely, the government can restrict abortions during the third trimester even though such laws would not apply to men at all.

There are typically two justifications for prohibiting women from showing their breasts in public while allowing men to expose their bare chests. First, women’s breasts are commonly agreed to be sexual and therefore would be considered indecent exposure under more neutral ordinances.

The distinction is that while both sexes are prohibited from exposing their genitals, only women are forbidden from showing their breasts. Women’s breasts are treated as sexual objections by popular culture, but biologically women’s breasts are for feeding infants.

The other reason for the breasts exposure ban is that it may put women in danger. A woman who walks around topless in public may be raped. This argument only underscores the sexism at the heart of this discussion.

First, it is up to each individual woman to decide if she wants to take on those risks. Society allows people to assume the risk if they decide to jump out of planes or submerge themselves underwater. A shirtless walk down the beach shouldn’t be a danger that requires societal intervention.

Second, it assumes that men will attack women just because the latter has her breasts in public view. Most men can see a woman’s body without having the urge to rape them. The notion that women need to keep their shirts on because of the fear of rape does disserves both sexes.

Is Going Topless a Right to Free Speech?

Topless bans are also arguably a ban on free speech. Indeed, Lilley and Sinclair were arrested while they were engaging in a political protest, the highest form of protected speech. The Supreme Court has consistently ruled that actions may also be a form of speech. If burning flags and donating money counts as free speech, not wearing clothing could also be viewed as the expression of an opinion.

On the other hand, laws that prohibit conduct for purposes other than curtailing speech may not enjoy free speech protections. The Supreme Court has also ruled that the burning of draft cards is not protected speech because draft cards serve the government interest of aiding the government keep track of able-bodied men for its draft.

The topless ban might not be considered protected speech if the state’s interest in regulating indecency is considered a compelling government purpose. Again though, it’s a circular argument as women’s breasts might only be considered indecent because Americans spent so much time telling women to cover up.

Finally, allowing minor girls to walk around topless might be considered enabling child pornography if the girls are filmed. Although girls who have not reach puberty do not have developed breasts, even teenage girls under the age of 18 cannot be exposed without potentially trigging child pornography laws.

States would have a compelling interest to protect minor children from potential sexual predators. Although the burden should be on adults not to sexually abuse children, the law may not be able to properly defend children if adults can take a picture of a 14 year old girl walking around bare chested.

Arguably the fairest outcome is that Courts require that topless ban rules apply to both sexes. Both males and females should be prohibited from going shirtless in public. If straight men are triggered by the sight of women’s breasts, gay men must also be triggered by all the six pack abs walking around them, right? For public safety, everyone should be prohibited from showing their bare chests in public.