Victim’s rights groups applaud the new law as a step forward but are concerned that it does not go far enough. Specifically, the requirement to show defendants acted with “intent to harm” would close off many cases that were otherwise prosecutable.

Many defendants will be acquitted by arguing that they posted nude photos on Twitter and social with no ill intent towards their ex-girlfriend. However, the new law will encompass cases where men send intimate photos to women’s employers or landlords as such acts would be difficult to explain as anything other than malicious.

Tech companies like Google and Facebook had also lobbied hard for the “intent to harm”clause. The requirement would protect teens that are just sharing photographs of their girlfriends or boyfriends, but would also protect tech companies from liability for hosting such content in the first place.

However, the Communications Decency Act of 1996 protects third party websites from user content already. The intent clause is overkill if its purpose is to protect tech companies who host offending images. 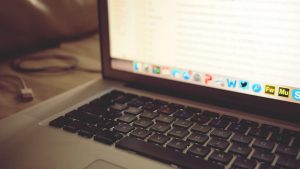 The Right to Be Forgotten Revised

New York’s law is unique in empowering courts to order the removal of the offending photographs entirely. This new authority is akin to Europe’s right to be forgotten that privacy advocates are promoting across the Atlantic. Men (and women) who post their partner’s intimate photographs without their consent could harm the employment and educational prospects of their partners. The photographs could also expose the partners to bullying or sexual harassment by others.

However, the right to be forgotten can never be fully implemented in the United States because of the First Amendment. The government, including state courts, cannot order that content be removed merely because someone finds the content offensive. The essence of free speech and free press is that the people can publish any content they want without government interference.

Although pornography is not considered protected speech, the judicially has utterly failed in providing any definition or guidance as to what counts as pornography. “I know it when I see it” – as Justice Stewart wrote in 1964 – is not adequate when a fundamental right is being challenged.

One potential solution would be through enforcement of copyright law. The process involves registering the nude images or videos with the United States Copyright Office. The Copyright Office can accept up to 750 images from a single year, though published and unpublished photographs must be uploaded separately. The copyright protection lasts up to seventy years after the author’s death.

Registering nude images or videos allows the person to claim legal ownership over them. If anyone attempts to publish the images or videos without the author’s consent, the author is legally entitled to compensation for lost income and up to $150,000 for statutory damages.

Moreover, this protection is only applicable to media taken by the author. If someone else is filming your sex tape or taking your nude images, then copyright protection might not be a viable option.