Five of seven bounty hunters have been found not guilty in the killing of a father who was mistakenly gunned down in Clarksville, TN. Police and prosecutors charged William Byles II; Antwon Keesee; Roger West Jr.; Joshua Young; Prentice Williams; Jonathan Schnepp Jr.; and Kenneth Chiasson with the murder of Jalen Johnson Milan, among 16 other crimes.

Milan was a backseat passenger in a vehicle with three other men in the parking lot of a Walmart on April 23, 2017. The defendants were looking for William Ellis, a drug-dealer who had jumped bail. The defendants believed that Ellis was in the Milan vehicle and rushed toward the car with weapons drawn and began to break the windows.

The driver of the Milan car feared they were being attacked by gang members and drove away. The defendants testified that the car hit several of them as the car was leaving the parking car and that they believed they saw a gun in the vehicle. The defendants opened fire several times at the fleeing vehicle.

The suspects then entered their vehicle and began to chase the vehicle Milan was in for seven miles. Several of the bullets struck Milan in the back and chest, killing him. The driver of the Milan vehicle was also hit in the neck, but he survived. After the chase ended, the defendants realized that Ellis was not in the vehicle they had been shooting at. No one in the fleeing vehicle was armed or wanted on outstanding charges. Milan leaves behind three minor children.

The defendants pleaded they had acted in self-defense after the fleeing car hit several of them and on suspicion that the moving vehicle was armed. The jury found Joshua Young guilty of one count of reckless endangerment with a deadly weapon, but acquitted the group of the other fifteen charges. 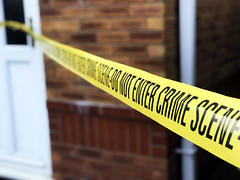 Self-defense is an affirmative defense that describes a person’s use of force, including deadly force, to protect themselves or others from an active attack or threat of attack. Self-defense typically has several restrictions on its application, including the following:

It’s arguable that Young and the other hunters had the right to instigate the confrontation because of the nature of their job. Although the defendants made a significant error by attempting to apprehend the wrong man, their intent was still legal.

Many of the charges against them would have been defeated because of the intent element, including the charges for murder and kidnapping. Many crimes require that defendants act with criminal intent in order to be convicted and it was a significant obstacle here that the prosecution probably couldn’t overcome.

What This Shows is a Reckless Disregard of Life

The truly disturbing part of this case is that the defendants displayed reckless disregard for life. If the news reporting is accurate, the defendants did not even bother to check if Ellis was among the men they were attacking in the Walmart parking lot. They also fired several shots in a public parking lot that could have injured bystanders – and they did in fact kill a man who was otherwise uninvolved with their pursuit of Ellis.

William Ellis may have been a fugitive from the law, but the bounty hunters conducted themselves in a manner that was far more dangerous than anything a single drug-dealer is capable of. While it is not wise to second-guess the jury without seeing all the evidence, the facts as presented suggest that additional charges should have been confirmed.