Blackface in the Workplace

Virginia Governor Ralph Northamis facing bipartisan calls to resign after a yearbook photo of him alleging wearing blackface surfaced. The photos show an image of an unidentified person in blackface and an unidentified person in a Ku Klux Klan hood on Northam’s page in his East Virginian Medical School yearbook. Northam’s Virginia Military Institute yearbook also listed his nickname as “coonface,” which is both a racial slur and evidence that Northam had previously dressed in blackface.

Governor Northam’s response to the controversy has been somewhat muddled. He initially apologized after news first broke, but withdrew his apology and denied he was in the photograph two days after. The governor later gave a press conference where he denied being either man in the photo but admitted that he had darkened his face with shoe polish as part of a Michael Jackson costume around the same time.

Governor Northam is not the only Democrat in Virginia’s executive branch confronting a scandal. Lieutenant Governor Justin Fairfax is facing impeachment after being accused of sexually assaulting two women and Attorney General Mark Herring admitted to wearing blackface on one occasion.

To complicate matters, Republican Majority Leader Kirk Cox, fourth in line for the governorship, holds his current position because he won a coin toss after the mid-term elections for the Virginia State House ended in a tie. 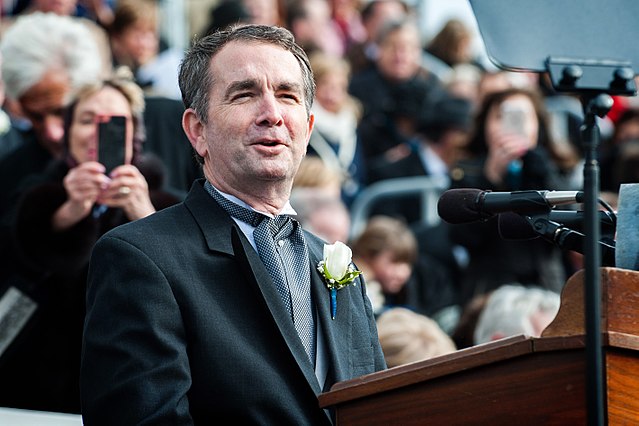 What Does Employment Law Say on Racial Discrimination?

Virginia’s blackface controversy would not be controversial if Northam and Herring were private citizens working for a privacy company. Wearing blackface, while very racist by today’s standards, was not illegal in the 1980s and is not illegal today. The controversial exists primarily on a political level because of potential hypocrisy and perceived disrespect for the African-American votes Northam and Herring actively solicited for.

In the private sector, employers can terminate any employees for any reason as long as it is not an illegal reason. If a private employer believes that wearing blackface almost forty years ago is reason to fire an employee, that termination would be legal. Some jobs, such as a public relations or human resources position, may warrant a response or even a punishment. Other kinds of work might not warrant any kind of response.

The other issue is whether a private employer would be required to terminate an employee for wearing blackface. Other employees may have a case for racial discrimination and a hostile work environment. If the workplace contains blackface and other signs of racial animus, employees may not be able to work without feeling threatened. More importantly, a hostile work environment is often an indication that there may be harassment of employees based on race by other employees or management.

Proving a hostile work environment claim requires several elements. The complained of behavior must discriminate based on a protected class, such as race or gender.  It must be offensive and not investigated by the company.

The Virginia blackface controversies don’t fit all the elements required for a hostile work environment law claim. Arguably wearing blackface forty years ago is not severe enough to interfere with the duties that Northam and Herring must carry out in their offices today. As far as the public knows, these were only one-time occurrences, and we only discovered the photographs a year after the 2017 elections.

Where Do We Go From Here?

None of the men involved have shown any inclination of resignation. The best solution would be to hold recall elections so that the voters themselves can decide whether the allegations are serious enough to warrant removal and who should replace them if removal is necessary. Sadly, Virginia doesn’t have recall elections so the state is stuck with them until the next election or unless they are impeached.

It is also difficult to call wearing blackface a high crime or misdemeanor if it’s not even an illegal act under any penal code in the country. It is unlikely that impeachment would be wielded against Northam or Herring, though Fairfax is accused of a very real and serious crime.

In the private sector, terminating an employee for wearing blackface would be permissible. If the offending actions occurred once, outside the workplace, and long before the employee even took the job, termination would not even be mandatory.

The concern that society at large should have is not whether someone wore blackface or acted improperly, but whether the offending behavior caused any harm and can be avoided in the future.