Brett Kavanaugh and Due Process in the Era of #MeToo

Dr. Christine Ford has accepted the Senate Judiciary Committee’s Invitation to testify at a hearing on Thursday. The conditions for her testimony are still being discussed, but roughly they are as follows:

Ford and the Judiciary Committee are still discussing whether independent attorneys will be allowed to ask questions and whether any other persons will be allowed to testify at the hearing. The Kavanaugh confirmation process has deepened the rift in the country as the political parties decide whether to believe Dr. Ford’s testimony.

It is unlikely that we can fully get to the truth of an incident that occurred thirty-six years ago. Instead, I’d like to use my soapbox to comment on common questions I have heard since Dr. Ford’s accusations went public:

Why Can’t Boys Just Be Boys?

Most men are capable of dating women without raping them. Most guys understand that if a lady cannot communicate that she wants sex, it is unwise to sleep with her. Proponents of “boys will be boys” are attempting to argue that certain kinds of sexual acts are not illegal.

The problem with this “argument” is that if the sex act is egregious it doesn’t make the suspect innocent; it means that all men are guilty. 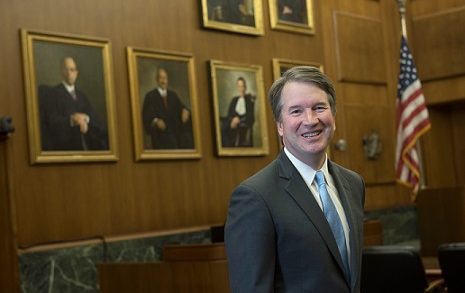 What About the Statute of Limitations?

There are typically deadlines for filing lawsuits and criminal charges. These deadlines exist to avoid prejudicing the defendant for lack of evidence.

Why Do Rape Victims Hesitate to Report Their Rape?

If someone held you down, ripped off your clothes, and put his hand over your mouth to stop you from screaming, would you be in a hurry to talk about it?

Rape victims often hesitate to report their rape to law enforcement. Rape is a physical and traumatic violation of a person’s body. They may be injured, be uncertain if they will live or die, and become uncertain about their own identity and self-worth. 33% of rape victims contemplate suicide and 13% actually do, often years after the initial encounter.

Veterans often have PSTD and refuse to share their experiences after returning from a war. Rape victims can share similar traumatic reactions, but unlike veterans, did not volunteer or expect to be attacked. Also unlike PSTD victims, rape victims must recite every detail they remember to a courtroom full of people they do not know.

Rape is illegal, but society often downplays the seriousness of the crime. No one asks if a house wanted to be burglarized because the owners left the backdoor open. No jury wonders whether a robbery could have been prevented if the victim had dressed differently. It is not a legal defense to ponder whether a murder victim secretly liked being stabbed. Defense attorneys do not check the purchasing history of identity theft victims. When a person is raped though, all these absurd rationales are used as a defense.

Of course, the nature of rape itself invites the absurdities that other crime victims do not have to deal with. Rape is unconsented sex, whether because the victim was too young to legally consent, unable to consent, or actively did not consent.

The problem with prosecuting rape is that consented sex is not a crime. In fact, young people spend a great deal of time and energy chasing after sex. In rape, the line between crime and legality is nothing but a verbal agreement. Since sex is usually an intimate activity behind closed doors, there are often no other witnesses. Even though rape is such a traumatic crime for a victim to experience, it is often impossible to prove beyond a reasonable doubt.

Even when a defendant is convicted of rape, the legal system itself may be a disappointment. There was almost ironclad proof that Brock Turner had sexually assaulted his victim, but the convicted sex offender’s prison sentence was a single summer vacation.

If a political nobody like Brock Turner receives a slap on the wrist despite all the evidence against him, the battle to convict men with more money and connections would clearly be an uphill fight. Given the trauma that comes with rape, the difficulty of proving rape, and the lack concern that society exhibits, it’s hardly a surprise that rape victims might be very reluctant to come forward.

Can Rape Victims Be Anonymous?

If the case is in a criminal court, the accuser cannot be anonymous. The late Justice Scalia (before he was appointed to the Supreme Court) once presided over a sexual abuse case where the prosecution wanted to present the video testimony of a child instead of having testify live in the courtroom. The video testimony was to spare the child from further trauma. Scalia ruled against the child’s absence because the Sixth Amendment gives criminal defendants the right to confront his or her accusers, which they cannot do if the accuser is not present in the room.

Are We Now Assuming that Suspects are Guilty Until Proven Innocent?

Criminal defendants are still considered innocent until proven guilty. However, Kavanaugh’s confirmation process does not suffer from this alleged constitutional defect for a couple of reasons.

First, this is not a criminal trial. There are different standards in different processes. For example, a murder that is tried in civil and criminal court could legally come to two different outcomes. There might not be enough evidence for a jury to find a murder suspect guilty beyond a reasonable doubt, but there could be enough evidence in civil court to find that same defendant liable for the wrongful death of the same victim.

Kavanaugh is only facing a confirmation hearing, not a criminal trial. It is legally acceptable for Senators to hear both Ford and Kavanaugh’s testimony and believe one over the other without other evidence because it is only Kavanaugh’s promotion that is in danger, not his freedom.

Second, the “innocent until proven guilty” assumption is only for criminal convictions. Suspects can be arrested and even jailed if the police can show probable cause for doing so. Bail would serve no purpose if the state needed to wait until after a trial to begin an investigation.

The only other requirement is that the state must formally bring charges against the defendant between 48 hours and 72 hours (depending on the same facts) after the arrest. A criminal suspect can be under police investigation and still be considered innocent in court.

Previous
« After Two Years of Wildfires: Is California Bailing Out PG&E?
Next
Ninth Circuit Rules That Americans Can Sue Over No-Fly List »