Ninth Circuit Rules That Americans Can Sue Over No-Fly List

The Ninth Circuit reversed a lower court ruling that denied an American’s lawsuit accusing the federal government of inappropriately placing him on a “no-fly list” for six years. Yonas Fikre was on a business trip in Sudan in late 2009. Fikre’s had extended family there and he had told the U.S. Embassy officials of his presence. His trip was scheduled to end in 2011, but he could not return to the United States until 2015.

In April 2010, two FBI agents approached Fikre while he was still in Sudan and questioned him about his ties to the As-Sabre mosque in Portland. Fikre alleges that one agent offered to remove him from the list in exchange for becoming a government informant.

Fikre refused the offer and demanded to speak with his lawyer in Oregon. The agents said his request couldn’t be honored because he was on the no-fly list. Fikre left Sudan in September 2010 to continue to the next destination of his business trip, the United Arab Emirates (UAE).

Fikre alleges that UAE police arrested him in June 2011 and tortured him. One of Fikre’s interrogators told him that the FBI had requested his detention. Fikre was released around September 2011. Fikre sought asylum in Sweden after he was denied entry into the United States. Fikre spoke out against his imprisonment while in Sweden.

The United States continued to deny him entry because he was on the no-fly list, but Fikre returned to Portland in February 2015 by paying a private pilot. Fikre expected to be immediately detained by the FBI, but was left alone for several months. Fikre filed a lawsuit against the federal government in May 2015 for illegally putting him on a no-fly list. Afterwards, Fikre was indicted based on money laundering charges.

The charges never stuck and Fikre continued with his lawsuit until the government informed the trial court that Fikre had been removed from the no-fly list. The government asked that the case be dismissed because Fikre’s request had been granted. Fikre challenged that dismissal, but the trial court agreed. Fikre appealed the ruling and a Ninth Circuit reversed the decision to dismiss the case. 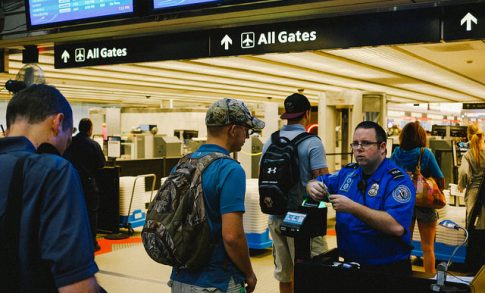 The government maintains a no-fly list of people who cannot fly in, out or over the United States. Officially, the people on the list are deemed threats to national security. Unofficially, the list has resulted in individuals being harassed even though they never should have been on the list in the first place.  Small children, U.S. senators, and people who have the bad luck of having the same name as someone on the list have all been detained without cause.

Fikre’s case is ominous because it is the first documented incident where the government used the list to threaten a citizen. If Fikre were actually a terrorist, he should have been in a federal prison, not offered a job as a government informant. Either the government was using the no-fly list to blackmail a citizen or it was willing to ignore the no-fly list to spy on other people. The enforcement of the no-fly list against citizens abroad would also prevent its targets from complaining about the injustice of it.

If Fikre hadn’t defied the government and reentered the states, we would never have learned about this. It is likely that other citizens are caught in this same trap and the no-fly list itself is preventing Americans from learning about it.

Understandably, the federal government wanted this case over as quickly as possible. After Fikre was removed from the no-fly list, the Department of Justice declared the case moot and asked for its dismissal. A case is moot when the conflict between the parties has ended. This ends the case because courts can only here cases if there is a dispute that the parties cannot resolve on their own.

The Ninth Circuit was correct in ruling that the case wasn’t moot yet though. One of the biggest problems with the no-fly list is that publically, it appears to be completely arbitrary. The government doesn’t announce when the list is updated, doesn’t publicize who is on the list, doesn’t broadcast when names are removed, and doesn’t describe how names are added or taken off the list.

Fikre’s case cannot be over because at any time the government can put his name back on the list. This case can only really be over when the government acknowledges the problems that have plagued the no-fly list for over a decade now and fixes them.