Former Stanford swimmer and now convicted sex offender Brock Turner had his long awaited appeal. The Appeals Court ruled unanimously that there was enough evidence to support the jury’s decision to convict him of assault with intent to rape.

Turner was convicted of three felonies, including assault with intent to rape an intoxicated woman, sexually penetrating an unconscious person with a foreign object, and sexual penetration of an intoxicated person. Turner received six months in prison because he was a first time offender, and he only served three months because of good behavior.

Turner was not charged or convicted of rape because state law defined rape as sexual intercourse under force or fear. As there was neither genital intercourse nor use of force or threat of force, Turner was charged with the lesser crimes of assault and sexual penetration. After the Turner case gained publicity, California changed its laws so that sex acts with an unconscious person would also be considered rape.

Turner’s attorney sought a new trial because the media attention had prejudiced the final verdict and because he believed there was insufficient evidence to support the jury’s finding that Turner had assaulted the victim intending to rape her. 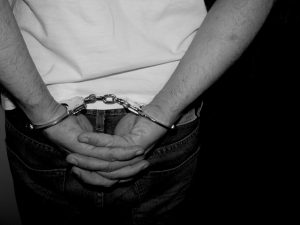 The Reality: Turner Had Little Chance of Overturning His Conviction

The outcome of Turner’s appeal was predicted. Turner argued that there was not enough evidence to prove that Emily Doe was unable to consent or that he intended to rape her. The prosecution has the burden of proving its case beyond a reason doubt at trial.

When the jury makes its verdict though, the burden is on the party trying to overturn the verdict. An appeals court cannot overturn a decision merely because there is an alternative explanation for the evidence presented. Evidence can be interpreted to favor either party, but the jury decides what the evidence means. In order to overturn a jury verdict, there must be no evidence that can support the legal conclusions it reaches.

The jury could easily infer that she was unable to consent. She drank four shots of whiskey, a glass of champagne, three or four shots of vodka, and some beer in about two hours. Doe was unconscious when the graduate students discovered her. Her boyfriend testified that her words were slurred when she called him, a fact that was verified by the voice message left on his phone. Her BAC that night was .241%, well past the .08% BAC threshold for drunk driving. All objective measurements suggest that she was intoxicated past the ability to consent.

The jury also did not error when it convicted Turner of assault with intent to rape.  It is possible that Turner would have stopped if the witnesses hadn’t found them, but the evidence suggests otherwise. She was already undressed and he had already engaged in sexual acts with her.

Turner only stopped when they were discovered. The jury could infer that he had only failed to rape her because he was caught in the act. Just because someone catches a criminal in the act doesn’t mean that the defendant didn’t intend to commit a crime. If a defendant is caught choking someone to death, he is still guilty of attempted murder even if his victim survives.

Turner has the option of appealing to the California Supreme Court, though there is no word on whether Turner’s attorney will pursue the case further. Even if Turner wins though, he would be given a new trial instead of having his name cleared. With Judge Persky recalled and this case all over the news, it is unlikely that a new trial would exonerate Turner.

Turner’s appeal began by alleging that the media attention had already prejudiced the jury against him. “Prejudice” is not just evidence or testimony that is bad for the defendant.  Evidence is considered prejudicial if it would be “unfair” to the defendant, not just because it would produce a guilty verdict, but because it cause the jury to focus on factors irrelevant to the case.

For instance, it would prejudicial if in a tax evasion case the prosecution tried to introduce evidence that the defendant beat his wife. This rule doesn’t fully apply to the defense, as the defendant is allowed to introduce character evidence that might not be wholly connected to the case. If he does though, the prosecution is allowed to rebut that character evidence.

Turner received intense media scrutiny, but very little was prejudicial towards Turner. The details of the case, two witnesses discovered Turner and the victim beside a trash bin, was relevant to the trial. The statement that Turner’s father made, that Turner was so anxious he could no longer enjoy his favorite foods like rib-eye steaks, were made at the trial and in front of the jury. The part of the trial that angered the public the most, Turner’s six month sentence, was made after the jury found him guilty.

If the media coverage hurt anyone in the case, it was the victim rather than the defendant. For unknown reasons, media outlets brought up Turner’s swimming ability and/or that he was on Stanford’s swim team. News coverage often referred to Brock Turner as “Former Stanford Swimmer” or “Ex-Stanford Swimmer.” It is completely irrelevant to the case whether Brock Turner is a great athlete, but they kept mentioning it in headlines and articles anyway.

Even the victim pointed out the absurdity of mentioning Turner’s swimming background in her statement to the court:

And then, at the bottom of the [news] article, after I learned about the graphic details of my own sexual assault, the article listed his swimming times. She was found breathing, unresponsive with her underwear six inches away from her bare stomach curled in fetal position. By the way, he’s really good at swimming. Throw in my mile time if that’s what we’re doing. I’m good at cooking, put that in there, I think the end is where you list your extracurriculars to cancel out all the sickening things that’ve happened.

It is understandable if media outlets don’t want to refer to Turner as a rapist since the prosecution didn’t charge him with rape. When Turner was convicted though, his swimming prowess should have been dropped like a hot rock. But media outlets like L.A. Times and Fox News still bring up the fact that Turner is a former Stanford swimmer, even after he lost his appeal.

There’s nothing wrong with humanizing the defendant, but more coverage was spent on how this case changed Turner’s life than on how it has impacted Emily Doe’s life. Even worse, people will wonder why Turner was given so much preferable treatment, by the judge who only handed him a six-month sentence and by the media which presented him in the best possible light.

Meanwhile, men like Kaepernick are attacked by political commentators and politicians – even the President  – for kneeling during the national anthem. Some people might conclude Turner was treated so well because he was white; others might believe it was because he was rich. Turner will find himself socially shunned not because he is some sort of victim, but because he is proof that some people are more equal than others.