It is a terrifying truth that there are places all over the world where child and slave labor are rampant. Not everywhere has the employee protections of the U.S., and even within the U.S. such violations of human decency are not unheard of in the present day.

In the U.S., we obviously have legal protections against child and slave labor both at the federal and state law levels. However, the modern world is one of globalization. Businesses based here in the U.S. have production chains spanning the world, including some places where labor laws are less rigorous–sometimes much less.

A few suits under the act itself brought by the attorney general but also some consumer fraud actions brought by private parties alleging they, and often the class they represent, wouldn’t have purchased a product had the distributor been clear about slave labor in their supply chains.

One such case, Hodson v. Mars, has been arguing that the candy company Mars should have to disclose that some parts of its supply chain involves companies that have been caught implementing slave labor. However, the courts do not agree.

As of a few weeks ago, the 9th Circuit affirmed a lower court ruling saying that in the absence of any affirmative misrepresentations by the manufacturer, manufacturers do not have a duty to disclose the labor practices in question, even though they are reprehensible, because they are not physical defects that affect the central function of the chocolate products.

The ruling resolves a long-litigated dispute over whether following the Supply Chain Act provided shelter to employers against misrepresentation claims so long as they were following the act’s rules.

This new case has the potential to render those disputes irrelevant by removing the obligations that would require a company to argue safe harbor in the first place. Let’s look at the facts of the case, the Supply Chain Act itself, the ruling, and what this means for the future. 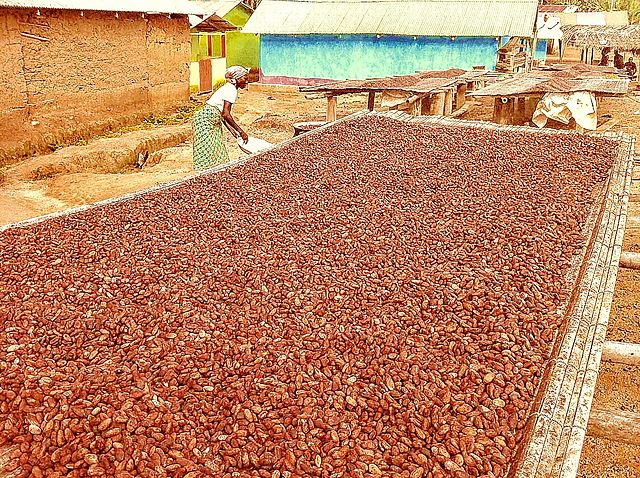 The Facts of the Mars Case

The focus of the Mars case is the cocoa beans the Mars company gets from the Ivory Coast, a location which the International Labor Organization has described as using “the worst forms of child labor.” The Ivory Coast is also the largest producer of cocoa beans in the world.

The cocoa farming operations on the Ivory coast have even been caught using children sold to the farms by their parents or outright kidnapped. Some of these children are forced to do particularly dangerous work on the farms. Mars itself has acknowledged that the suppliers they use in the Ivory Coast might be doing this sort of thing.

The lawsuit, brought by Robert Hodson, was brought back in September of 2015. He argued that Mars was required to disclose this fact on their packaging under California consumer fraud laws, including the Consumer’s Legal Remedies Act, the Unfair Competition Law, and the False Advertising Law. He argued that it was unlawful, unfair, and fraudulent to exclude the possibility of slave labor from their packaging materials.

The courts, however, have not been favorable to this proposal. The case was dismissed on the U.S. District Court level back in 2016–arguing that a 2012 case involving Hewlett-Packard said that businesses are only required to disclose product safety risks and defects. Now, the 9th Circuit Court of Appeals has upheld this dismissal and effectively killed Hodson’s case.

The 9th Circuit did include in its ruling the same reasoning the lower court did, explaining the labor practices used to make chocolate are not a defect to the suitability of the chocolate itself for purchase as something effecting taste or creating a physical defect would be. However, they also took a deeper look at the contours of the Supply Chain Act in reaching its decision.

The Supply Chains Act is essentially a transparency act, requiring businesses to certain types of disclosure when it comes to slavery and human trafficking.

The disclosures are only required on their websites and revolve around five specific things they must disclose in regard to their efforts to remove slavery from their supply chains. Unfortunately for Hodson, these requirements mostly boil down to saying what efforts they’ve taken in these five categories.

If a business put something on their website including all five categories and saying they weren’t doing anything, that would likely be sufficient for compliance with the act. It’s little wonder that Hodson’s case faced such an uphill legal battle.

The five things companies must address on their websites are the extent to which they do the following:

For example, companies must disclose what risks are assessed and whether a third party does the risk assessment. However, these are again not actual requirements, companies just must make conspicuous disclosures on their websites as to how much they do regarding these five items.

If a company doesn’t have a website, a rare occurrence these days, they have to offer written disclosures within 30 days of a request of the same information they’d otherwise have to post.

Under the Supply Chains Act itself, the only real remedy is action brought by the California Attorney General for an injunction on the company–forcing them to stop or act. The AG has asked for reports on potential violators and has brought a few lawsuits under the act.

However, the only causes of action for the public are the very consumer fraud actions brought by Hodson. Defendants have, as in the Mars case, frequently argued that complying with the Supply Chains Act provides them safe harbor from suit–a common defense to claims such as Dodson’s in California.

The District Courts of California have shown some support for the premise that complying with the Supply Chains Act provides safe harbor from consumer fraud claims. The 9th Circuit Appeals Court, on the other hand, had been much more skeptical of this safe harbor approach.

This led some to think they may take a more aggressive approach to the Mars case. However, their ultimate ruling has substantially undermined the potential for any suit such as Hodson’s even without approving the safe harbor argument that has been the center of so much litigation.

The 9th Circuit’s ruling can be simply stated as holding that unless there is an affirmative misrepresentation, a business is lying or intentionally misleading the public, they have no duty under the Supply Chains Act to disclose their labor practices whether or packaging or otherwise.

The Supply Chains Act only requires companies to disclose what they do to avoid slave labor in their supply chains, not actually disclose the potential labor practices of those they work with.

This renders any discussion of safe harbor moot on the issue of the Supply Chain Act. The only thing consumers would really sue over that the act could provide safe harbor for is now no longer something businesses even have a duty to disclose.

The Court took this further in their ruling, that the failure to disclose to the public information regarding child and slave labor is not substantially injurious to that public as it does not impact the fitness of the good itself and the information required by the Supply Chain Act can be found on the Mars website.

This lack of injury substantially undercuts future claims like Hodson as it makes it nearly impossible to establish one part of such a claim.

What Does This Mean Going Forward?

This difficulty will hit several cases already in the courts, already pursuing similar claims to Hodson’s class action lawsuit–one against Nestle and another against Hershey. A different court could reach a different conclusion, but it will certainly be an uphill battle.

They may choose to try and bring suits in California state court in the future, the California legislature may even consider changes to the law although that is unlikely.

Slavery and trafficking are an enormous issue in today’s society. It may surprise you to learn that, across the world, statistics indicate that there is more slavery today than at any other point in human history.

Estimates place the number of slaves around the world at around 40 million people, generating profits of over $150B per year. There is good reason to hold businesses accountable for their production and supply lines. Laws like the Supply Chains Act are crucial for this effort.

This ruling doesn’t really remove these protections, although it does a great deal to prevent the public from holding a business accountable as opposed to the government.

For now, suffice it to say that this most recent ruling removes a duty from businesses to disclose issues within their supply chains. It is questionable whether the Supply Chains Act itself is enough to truly require companies to police their own supply chains for slavery. This is something that we all, legally and personally, need to consider in how we deal with businesses.

Previous
« Trump Signs Executive Order on What to do with Immigrant Children in Detention Camps
Next
How Does Alimony Work After Retirement? »