Was Roseanne Barr Wrongfully Terminated For a Racist Tweet?

Some people don’t know what they have until they lose it. Former ABC star Roseanne lost her job last week as a result of a racist remark that she made on Twitter. Roseanne played a character named after herself on the show “Roseanne.” From 1988 to 1997, “Roseanne” was one of the highest watched shows in the country. Last May, the show was rebooted on the ABC network. The lead actress, Roseanna Barr, is a vocal supporter of Donald Trump and had used that vocal support to promote the show.

Roseanne wrote on twitter: “Muslim brotherhood & planet of the apes had a baby=vj.” VJ referred to Valerie Jarrett, a former Obama White House aide. Ms. Jarrett is an African American born in Iran. Roseanne’s tweet unmistakably compares Jarrett’s ethnicity with apes and stereotypes her national origin. Prior to the VJ tweet, Roseanne had also spread conspiracy theories about the Parkland shooting and claimed that Susan Rice “is a man with big swinging ape balls.”

Roseanne’s comments drew immediate fire from both inside and outside the studio. One of the consulting producers, Wanda Sykes, declared she was leaving the show as a result of her tweet. Barr initially attempted to defend her statement by explaining that Islam is not a race, but the explanation was not convincing to anyone. Barr eventually tweeted an apology, but the damage had been done.

ABC Entertainment president Channing Dungey confirmed the network has decided to cancel the “Roseanne” reboot. Dungey said: “Roseanne’s Twitter statement is abhorrent, repugnant and inconsistent with our values, and we have decided to cancel her show.” Roseanne won’t find any help from ABC’s parent company, as Disney’s CEO supported Dungey’s decision. The talent agency that represented Barr, ICM Partners, also dropped her as a client. Viacom finished Roseanne’s sudden downfall as it announced that it would drop the series from all its channels.

The reversal was quite sudden, as the show enjoyed outstanding ratings during its rebooted first season. ABC had renewed it for a second season only two months ago. Both Ms. Barr and her character on the show had been vocal supporters of Mr. Trump, who had personally called her after the first episode of the reboot pulled in record ratings. 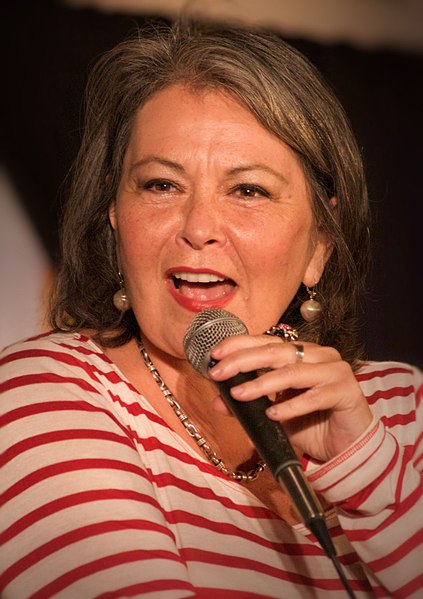 Are There Any Laws Preventing Roseanne’s Termination?

In the United States, employment is at-will. Either the employee or employer can terminate the relationship at any time. Independent contractors are trickier, since parties can agree to almost anything as long as they abide by the terms of the contract.

Most networks and studios have contractors with the cast members of television shows. In the U.S., most sitcom shows are subject to cancellation by the network that hosts them. Unless there is a specific clause in her contract that forbids the network from canceling the show, Roseanne would have to rely on a state or federal law.

The problem is that there are not any laws that would forbid a company from canceling her show. Ironically, the most applicable law would be a California state law forbidding discrimination based on political ideology. There are two problems with Roseanne attempting to use it. First, the law only covers employees. She would most likely be considered an independent contractor, not an employee.

Second, ABC fired her for a tweet that was difficult to interpret as anything except racism. The tweet itself was not very political, unless calling a formal Obama official born in Iran a member of the Muslim brotherhood a political act. Jarrett was not part of the government when Roseanne made her tweet though and the tweet was not about any policy or decision that Jarrett was involved in. On its face, Roseanne’s tweet was not really political.

Can Roseanne’s Co-Stars Sue Her?

The problem with Roseanne’s co-workers suing Roseanne is that they were not part of a contract with her. They had a contract with ABC and they could sue ABC for breach of contract. They would run into the first problem Roseanne would have: there would need to be a specific term in the contract that prohibits the show’s termination, but that’s not how network television works.

There is a solution outside of the courtroom though. Roseanne the show was very successful and it’s arguable that the ensemble cast was a big part of that success. Since it seems unfair to punish everyone for the actions of one individual, the rest of the cast and crew can ask ABC to continue the show without Roseanne.

If Roseanne the actress owned any rights to the show, she would probably have to be compensated, even if the show continued without her. Still, most of her co-workers would not object to her making money if it meant keeping their current jobs.