Is it cheating on your spouse if you’re having sex with someone of the same gender? In New Hampshire, the legal answer was no until this month. The New Hampshire Supreme court has overturned a ruling from 2003 that defined adultery as voluntary intercourse between members of the opposite sex. The ruling will be applied retroactively.

Robert Blaisdell claimed he was entitled to a divorce on fault-based adultery because Molly Blaisdell, his wife, was in a relationship with another woman.

The New Hampshire Supreme Court based its ruing partly on New Hampshire’s decision to legalize same-sex marriage in 2009 and the US Supreme court’s ruling to legalize same-sex marriage in 2015. The state Supreme Court also agreed that “individuals rely on their sexual preferences and romantic sensibilities when deciding with whom to be intimate, not judicial decisions.” In other words, intimacy is a private individual decision, not a judicial or even a legal one.

More importantly, it makes no sense that same-sex couples should have all the rights of marriage without any of its responsibilities. If same-sex marriage is really on par with opposite sex marriage, then both types of relationships should be grounds for a fault divorce if one spouse cheats on another, regardless of the adulterer’s sex.

What is Fault Divorce? 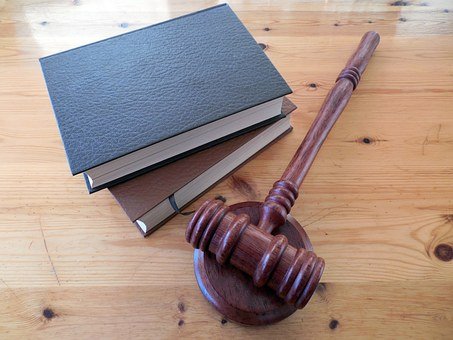 In order to file for divorce, a spouse must state why he or she wants a divorce. Most divorces conducted today are due to “irreconcilable differences.” In other words, the spouses have reached a point where they can no longer work together and they agree to amicably separate. It is no one’s “fault” that the marriage fell apart.

However, the laws regarding divorce used to be much different. New Hampshire used to require fault divorce prior to 1971. Divorce law back then used to be more akin to a regular civil lawsuit, where a court had to determine which party is liable for the marriage ending. In a fault divorce, the court determines which spouse is responsible for the marriage failing. That is, one spouse accuses another spouse of wrongdoing and that spouse has the ability to defend him or herself. The court determines who the “winner” is. Adultery was one of the more common reasons that a court could find fault with the conduct of one spouse or another.

Why Would Anyone File for a Fault Divorce?

Why Is No-Fault Divorce the Default?

No-fault divorce is the default for multiple reasons. First, it is often the faster alternative. Fault divorce is akin to a trial that requires one spouse to defend him or herself from accusations by the other spouse. No-fault divorce skips this trial process entirely (though the waiting period itself may take considerable time).

Second, fault divorce typically engineers a lot of bad blood between the parties. Divorce is already hard on the ex-spouses. One spouse blaming another spouse for the marriage falling apart and having a judge make that accusation legal and official will only make the divorce more painful.

Finally, this finger pointing process is really bad for children. The children themselves may become caught in the cross-fire, especially if one or both parents call them as witnesses. Family courts must have the best interests of the children when making orders regarding child custody and child support. A trial in a fault divorce would only interfere with the best interest’s policy.

Do I Need a Lawyer for My Divorce?

If you have any issue with your divorce, then you should contact a lawyer today. A family lawyer can answer your questions, provide guidance on your case, and represent you in court.