Utah Requires Biological Fathers to Share Half the Costs of Pregnancy

The utility of the law is debatable. In 2018, Utah had the highest rate of births and among the lowest rates of birthing costs in the nation, according to non-profit FAIR Health. A high birth rate necessities payment but the costs themselves are not burdensome. However, this may incentivize fathers to pay up rather than avoid the bill.

Why Do States Need These Kinds of Laws? 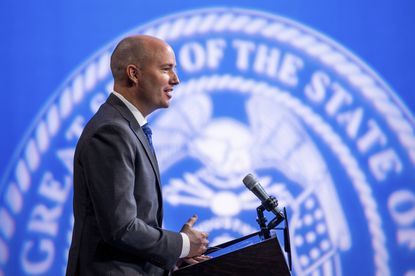 On its face, the new law sounds like a no-brainer. Medical care in America is expensive. The concept isn’t new; the new law is just child support. Mothers shouldn’t have to shoulder this burden alone. If men and women are equal, then both parents should have the financial responsibility of bringing a child into this world – quite literally. For gender equality’s sake and for practical reasons, states have an interest in making men pay for their half of child birth.

What are the Downsides to Forcing Fathers to Pay for Half of Childbirth?

Domestic Violence – One of the dangers of these kinds of laws is that it requires any contact between the parents. In cases of domestic abuse or violence, this may be dangerous for the mother and/or child. This danger is especially acute if the father was an abusive partner. The abortion clause is more controversial though it is in line with Utah’s stance on abortion. However, the interpretation of “mother’s life in danger” may extend to domestic violence.

Who is Actually the Father? – Conversely, Utah’s new law may unfairly penalize fathers who were denied access to their new child. Family law is always ripe for a potential case where the mother is married to one man but the biological father of her child is another man. More often than not, the husband is the child’s official father. If the husband is the legal father though, why does the biological father get the bill?

Not Actually Fair – The law’s ratios also sound fair at first glance. However, there may be some cases where an even split is unfair. It is possible that the mother may be wealthier, or have access to more money, than the father. 50% split costs under these circumstances would not be just. The 50% ratio also doesn’t take into account cases where the father is a minor himself. Should the child’s grandparents pay for it instead? What if the father is unemployed or deceased? Does the responsibility go to the father’s estate or someone else? The law is silent on these corner cases as well.

Enforcement – The most difficult issue is enforcing this law. Many “deadbeat fathers” do not have the means to pay for any kind of child support, let alone half the mother’s hospital bills for childbirth. This kind of law also has contrary incentives for fathers. Some men will not be involved with his child’s life if he has to pay child support. Those kinds of men are selfish and irresponsible for stepping away from the financial responsibilities of the life they helped create.

Flexibility – However, the child’s needs should always be the top priority for all adults involved, including both parents and the family law judge. Most children need their fathers, not their father’s money. Child support bills like these have good intentions but do not give parents or the courts flexibility to address the emotional needs of children. While forcing “deadbeat dads” to pay for half the costs of pregnancy might sound great, the real beneficiary would be the hospitals, not the parents.

Do I Need a Lawyer for Help with Child Support?

The court procedures for obtaining child support can be confusing and family law is emotionally draining. If you’re going through the process, it is in your best interests to consult a family lawyer for advice. The right lawyer can make sure that you get the best possible outcome both for you and for your child.