Is It Constitutional To Shut Off Electricity to a Restaurant that Defies Health Orders?

The Court permitted the City of Burbank to shut off electricity to Tinhorn Flats. The Court also issued a restraining order to Tinhorn Flats requiring the restaurant to close and not open without a health permit.

The owner, Mr. Tinhorn himself, remains defiant and intends to use his own power generators to remain open even if power is cut off to his restaurant. Mr. Tinhorn has also been posting on social media claiming that he is fighting against a tyrannical city and unjust laws.

The City of Burbank intends to return to court to seek further orders and enforcement if Tin Horn Flats refuses to close.

Should Businesses Be Punished for Defying Health Orders When the Orders are Lifted? 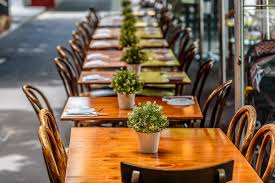 Notably, the outdoor dining ban was lifted in January this year. Tinhorn’s violations of health ordinances are punishable while the ordinances are in effect. However, the law cannot punish anyone if the law in question expired prior to the “violation.” Tinhorn would be sanctionable for any willful defiance of the city and the court before the ordinance was lifted, but not after. However, it is unclear from news reports whether Tinhorn had violated any laws other than the outdoor dining ban.

Can the City Cut Off Electricity to a Specific Person?

The City conceivably has the power to cut off power to specific persons if it owns the power plants and power sources within the city. Some local governments in California may own their power sources due to PG&E’s problems the last few years.

Legally, any government would have to go through the proper process to have the authority to cut someone off like this. “No person shall be deprived of life, liberty, or property without due process.” Electricity is an essential commodity in today’s social and would almost certainly fit the criteria for “life, liberty, or property.” However, this is a low bar to clear as typically the due process involved is a court hearing.

The real issue here is that the owner of Tinhorn flat out denies that he has to obey Covid-related health ordinances. He is not alone; many small businesses have suffered due to the pandemic while businesses with access to government officials have been favored or exempted from such laws. The Supreme Court has curtailed California pandemic rules that impact churches, but businesses without a plausible religious exemption have suffered the full force of Covid-19 losses. The ire some people may have regarding Covid related health ordinances is completely relatable.

However, this does not justify disobeying an ordinance. Mr. Tinhorn has not exhausted all legal or political avenues to getting his business reopened. His attorney could have sued the City first rather than disobey and get sued. He could vote out the current city board. He could participate in the recall of California’s governor. He could lobby the City to grant him an exemption or to lift the ordinance sooner. He could run for public office himself. There is no reason for Tinhorn Flats to close unless Tinhorn refused to accept any kind of compromise. Since we are in a global pandemic, asking for everyone to compromise is not a tall order.

Do I Need an Attorney for a Health Violation Case?

A restaurant that allegedly violates the health code usually receives an opportunity to be cleaned and reexamined for compliance prior to any fines or penalties. However, repeated violations are a serious problem that could lead to significant liability or even business closure. Contacting a government lawyer in your area is wise when you need legal representation for issues regarding your business.