The Future of Obamacare Is In the Supreme Court Again

The Supreme Court heard arguments on November 10, 2020 regarding the Affordable Care Act, popularly known as Obamacare. The legal challenge was brought by the state of Texas and other Republican-controlled states. California and other Democrat-controlled states opposed the repeal of Obamacare. A majority of the Court appeared skeptical of the case, even with the additional of newly confirmed Justice Amy Barrett. Oral arguments were held for two hours over the phone due to the Covid-19 pandemic.

Texas argued that the entirety of Obamacare must be unconstitutional because the individual mandate is unconstitutional after Congress reduced the tax to zero dollars. Chief Justice John Roberts and Justice Kavanaugh both seemed to agree that Congress probably did not intend to repeal all of the Affordable Care Act in 2017. 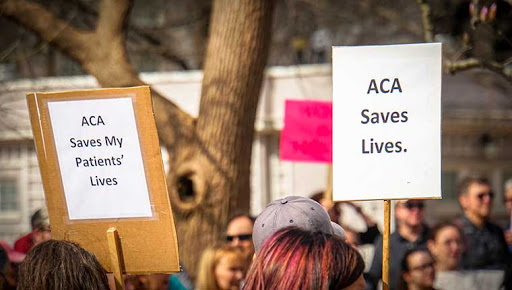 The Chief Justice contended that primary issue was “whether Congress would want the rest of the law to survive if an unconstitutional provision were severed” and that the fact that Congress left the majority of the Affordable Care Act alone was evidence that Congress had not intended to repeal the healthcare law. Indeed, Obamacare was dramatically saved in 2017 when the late Senator John McCain famously gave his thumbs-down to his own party’s attempt to repeal the law.

Most laws typically contain a provision that allows the rest of the document even if one part of the law is considered unenforceable. Most contracts contain a similar provision. Obamacare is rather unique in that it doesn’t contain a typical severance clause. However, due to Congress’s numerous aborted attempts to repeal Obamacare in 2017, there is more than ample evidence that Congress intended to keep Obamacare even as Congress reduced the individual mandate to zero.

California v. Texas will have a significant impact on the future of the country. The case may potentially decide not only what is legal with healthcare insurance, but also with the pandemic response and potentially other federal actions that could be written as a tax on individual Americans.

The first issue is which branch of government should be deciding this matter. The Court typically leaves tax questions to Congress. If a voter has an issue with the amount of taxes he pays, he should write to his senator or representative, not file a lawsuit.

However, the slippery slope is not nearly as absurd as it sounds. Enforcing and proving certain mandates will be difficult. It’s easy to prove that someone purchased healthcare or a firearm – just attach the invoice or receipt to your tax return. What about mask wearing though? It’s impossible to prove someone is wearing a mask outside all the time without taking other unconstitutional measures.

Although it seems unlikely that the Affordable Care Act’s individual mandate will survive, the rest of Obamacare will probably survive it. However, the individual mandate has already opened a new debate about how far the federal government can impose other mandates on Americans.

Do I Need a Lawyer If My Insurance Plan Has Been Cancelled?

The goal of Obamacare is to provide expanded health care for everyone. If an insurance company or a health care provider is refusing health care service, then you may have a remedy. A personal attorney who specializes in health care can fight for your legal rights.