Louisville Sergeant Jonathan Mattingly alleges that he experienced severe trauma and emotional distress because of Kenneth Walker, Breonna Taylor’s boyfriend. Mattingly and two officers entered Walker and Taylor’s apartment after midnight with a no-knock warrant for a drug investigation. It is disputed whether the officers actually knocked or not, though most witnesses deny hearing an announcement that police were present.

When Walker heard the officers break in, he fired at the officers because he believed they were intruders. Police returned fire. Taylor was killed and Mattingly was struck in the leg. Walker is a licensed gun owner and Taylor had no criminal record. No drugs were found. It is unknown how Mattingly was wounded as there are reports of friendly fire.

Nevertheless, Mattingly’s lawsuit blames Walker for the former’s injury. Walker was initially arrest and charged with attempted murder but the charges were dropped. A grand jury indicted one of Mattingly’s colleagues also present that night on three counts of wanton endangerment, but the charges were more for a couple, including a pregnant woman, who were living next door rather than for Taylor’s death. Kentucky’s Attorney General is embroiled in controversy as grand jury members accuse his office of lying about the charges that were presented to them. 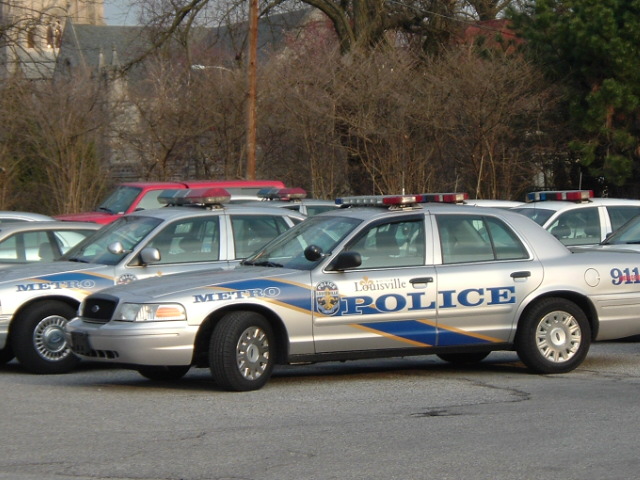 This lawsuit will be difficult for Mattingly to push through given the known events of the night. It is unknown exactly who killed Taylor and who injured the officers. There are reports of friendly fire among the officers. However, Plaintiffs do not need to be 100% to file a lawsuit. Discovery can help uncover additional facts needed. Still, it will be an uphill battle for Mattingly to prove that Walker caused Mattingly’s alleged harm.

Walker’s attorney is invoking the state’s “stand your ground” laws, which make Walker immune to both criminal prosecution and civil liability if he believed he was acting in defense of his own home. The facts as presented to the public paint a very clear “stand your ground” defense for Mr. Walker.

Walker and Taylor were inside Walker’s home and they were allegedly asleep. Although Taylor did not die in bed as initially reported, the couple presented no danger to anyone when the warrant was executed. The warrant was executed after midnight by multiple non-uniformed officers. A reasonable person in Walker’s position would be justified in assuming that unknown persons were attempting to break into his home.

Although the officers argue they yelled “police” before entry, Walker could reasonably deny hearing this because he was asleep. Additionally, only 1 out of 12 witnesses support the officers’ claim they had yelled “police.” The facts appear to fully justify Walker’s defense here.

Notably police officers are typically immune from civil suits while performing their job. This immunity makes sense with elected officials. If you don’t like a policy that a politician supports, the solution is to vote the politician out of office, not sue that politician. Through a series of Supreme Court cases though, this immunity was partially extended to police officers in their capacity as executive officers.

Mattingly has taken his immunity and seemingly flipped it on its head. While Walker and Taylor’s family were unable to sue Mattingly, he has gone after Walker. It’s an inequitable situation when Mattingly is shielded from accountability – for actions he helped instigate – while permitted to use that same system to harass the very person whose rights he had violated. This suit appears very poorly timed as well. While Mattingly was not charged and prosecuted, the statements of certain members of the grand jury will likely sink any jury trial that Mattingly would have, assuming that a judge doesn’t dismiss this matter outright.

Overall, Mattingly’s suit appears to be a waste of time and money and thus appears to do nothing than to weaponize the legal system against a victim of police brutality. Qualified immunity was rooted in sound policies, but this case proves that the immunity should be revoked if it continues to be abused like this.

Every state has different laws and regulations when it comes to firearms and self-defense. Thus, you may need to hire a personal injury lawyer in your area if you need legal assistance or representation with a firearm accident claim.