Can Drivers of Self-Driving Cars Be Criminally Charged?

Rafaela Vasquez was an Uber test driver for one of the company’s self-driving cars in 2018. The job was supposedly easy: monitor the vehicle as it ventured around Tempe, Arizona and be prepared to take over the wheel if anything happened. Instead, Vasquez was watching television on her smartphone when the self-driving vehicle plowed into Elaine Herzberg as the latter was crossing a road. Herzberg made history as the first fatality involving a self-driving vehicle.

Two years later, Vasquez was charged by a grand jury for negligent homicide. Vasquez was released with ankle monitoring after she plead “not guilty.” The Yavapai County Attorney’s Office declined to pursue charges against Uber even as a National Transportation Safety Board investigation concluded that the crash was partly the company’s fault. Uber allegedly had an inadequate safety culture and had deactivated a forward collision warning and automatic emergency braking system. Uber settled with Herzberg’s family fewer than two weeks after the crash. Details of the agreement remain confidential.

Data shows that the self-driving car repeatedly tried to “categorize” Herzberg as multiple different objects and predict her path accordingly. When the vehicle first “saw” Herzberg, 5.6 seconds before impact, it classified her as a vehicle because of the bicycle she was walking. For the next few seconds, the car couldn’t determine what Herzberg was, classifying her as “other,” a vehicle, a bicycle, and then “other” again. Just 0.2 seconds before impact, the vehicle finally sounded an audio alarm. However, it wasn’t enough time to catch Vasquez’s attention or to save Herzberg’s life. A toxicology report later tested Herzberg positive for methamphetamine.

After the incident, Arizona Gov. Ducey prohibited Uber from continuing its tests of self-driving cars in his state. Herzberg’s death is a massive blow to self-driving vehicles as Uber and other Silicon Valley companies had hoped to sell the vehicles around the world in the next several years. 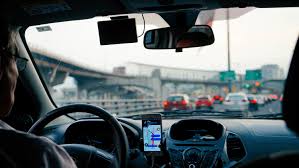 Criminal Negligence Is an Oxymoron

These types of charges blur the line between criminal and civil matters. Most criminal charges require some form of intent – i.e. the prosecution must show, beyond a reasonable doubt, that the defendant wanted to commit the crime. Negligence claims in civil suits are premised on the idea the notion that a defendant was careless and that extra attention to some detail might have prevented injury. Defendants can be sued in civil court for money and charged by the state with a crime, but negligence is typically left to the civil courts. Negligent homicide significantly blurs that line.

Indeed, Vasquez may be paying for her employer’s sins. It was ultimately Uber’s tech that killed Herzberg. Vasquez was asleep at the wheel, metaphorically speaking, but failure to pay attention to the road is not the type of “extreme” behavior that typically warrants a homicide charge. There are some DUI defendants that never serve time in prison. Watching television while the car drives itself appears to be a step down from knowingly consuming alcohol and getting behind the wheel.

However, this case is really blazing new ground: in the event that an automatic car kills someone, who is responsible? It’s tempting to treat this as a negligence case, but future self-driving cars may not even have any people inside them. It may be more prudent to approach self-driving vehicle cases as product liability cases.

There were arguably three different defects when Herzberg was killed:

All three were potentially fatal errors that resulted in Herzberg’s death. Uber should be liable for any one of these mistakes regardless of whether Vasquez was acting properly or not.

Do I Need to Hire an Attorney for Help with an Uber Lawsuit?

Lawsuits against Uber or other ride-sharing companies can be tricky because the law varies by state and is constantly evolving. Whether you are a driver or a passenger involved in an Uber accident, you should contact a local personal injury attorney for further assistance.

If you are charged with a crime related to an Uber incident, you should contact a criminal defense attorney for further assistance.