The Middle Finger and Police Abuse of Power

Police brutality and police abuse of power are significant topics of national debate today. However, the North Carolina Supreme Court had already given the public the power to give police officers the finger earlier this year – quite literally. Trooper Paul Stevens pulled over Shawn Patrick Ellis for disorderly conduct on a Stanly County road back in January 2017. Stevens and a local police officer were assisting another motorist after a snowstorm when Stevens saw Ellis pointing the middle finger. Stevens pursued Ellis’ SUV for half a mile before Ellis stopped. Steven cited him for resisting, delaying, and obstructing an officer when Ellis refused to identify himself. Ellis pleaded guilty in court but appealed the case. The Court of Appeals upheld the conviction on the basis that Stevens had reasonable suspicion to stop Ellis.

The North Carolina Supreme Court overturned the conviction for lack of reasonable suspicion. The Court determined that Stevens hadn’t seen Ellis engaging in criminal activity or other suspicious activity. Stevens hadn’t even determined if Ellis was directing his obscene gesture at him or at another person. 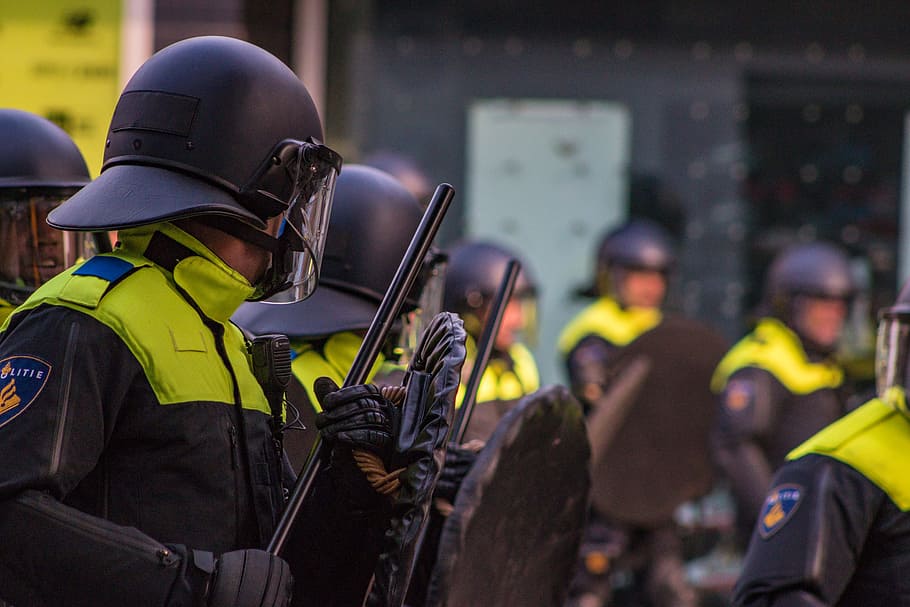 The Recent History of the Middle Finger

Juli Briskman was terminated from her position in 2017 for giving Donald Trump the middle finger. She was elected to the Loudoun County Board of Supervisors in Virginia when she ran in 2019.

During the George Floyd Protests, a Chicago Police Officer was relegated to desk duty for flipping off a crowd of protestors. A Chicago Police Department issued a statement that read “The officer used a vulgar, offensive gesture directed at a member of the public while on duty and in uniform. The member will be limited to administrative duties at the direction.” Chicago Mayor Lightfoot supported the Police Department’s decision.

Why Should the Police Be Treated Differently?

Ellis and the North Carolina case were decided correctly. The right to free speech was intended to protect ordinary citizens from unjust government action. Trooper Stevens was acting as an agent of the state when he pulled Ellis over for giving him the middle finger.

In contrast, Briskman was terminated from her position with her private employer for her actions. Although her employer is a government contractor, it is still a private company and not beholden to the First Amendment.

The officer in Chicago is the inverse of Ellis’s case. The officer, as an agent of the government, was giving the protestors the middle finger. The First Amendment was inapplicable in this situation.

In a post-George Floyd world, it would be prudent for cities to compel police officers to show more respect to private citizens than citizens may show to police. On the surface, this may appear unequal. After all, police officers are US citizens as well and have free speech rights as well.

However, police officers are cloaked under and act with the authority of the state. The Constitution protects the people from the state, not the other way around. A police officer giving a private citizen the finger is like a restaurant waitress giving a customer the finger. The restaurant would be absolutely correct in terminating this employee for disrespectful behavior because the cashier is representing not only herself, but her employer as well. However, a customer giving the waitress the finger would be extremely rude, but the customer would be speaking for him or herself only.

Do I Need An Attorney?

A criminal defense attorney can protect your rights including your right to give the government your middle finger. Access to an attorney is also your right.

Previous
« Children of Undocumented Parents Sue Federal Government for Discriminatory Denial of Stimulus Money
Next
Should It Be Illegal For Racists to Call the Police? »