Are Asians Being Discriminated Against Because of the Coronavirus?

Kao Lor and Lee Lor were traveling through Indiana in early March 2020 when they stopped at a Super 8 Motel in Plymouth. The Lors allege that an employee asked if they were Chinese, whether they were from China, and whether they had ever heard of the Coronavirus (COVID-19).

The employee allegedly claimed that it was company policy that “anyone from China has be picked up and quarantined for two weeks.” The Lors had similar issues obtaining a room at a second hotel and eventually left the area. Super 8 Motel claims this employee was fired.

A few days later, House Minority Leader Kevin McCarthy tweeted “Everything you need to know about the Chinese coronavirus can be found on one, regularly-updated website.” Rep. Grace Meng, Rep. Judy Chu, and other members of the Congressional Asian Caucus demanded that the House Minority Leader apologize.

McCarthy defended his tweet by stating: “Democrats are trying to score political points by calling Republicans racist. COVID-19 is a China-born disease—made worse by a Communist Party that rejected America’s help to contain it.”

McCarthy then posted articles from the Washington Post and New York Times that labeled the disease as “Chinese Coronavirus” or “Wuhan Coronavirus.” McCarthy has never apologized but he has not used the term “Chinese COVID-19 since. 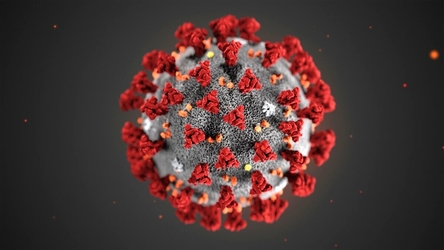 Other Incidents of Coronavirus Related Discrimination

The first complaints of Asian-American discrimination regarding the COVID-19 came from Los Angles in February 2020. Flyers with counterfeit seals for the World Health Organization (WHO) were posted around Los Angeles that urged residents to avoid Asian-American businesses like Panda Express because of the Coronavirus.

Later that month, a 16-year-old Asian American boy in San Fernando Senior High School was physically beaten in school after he was accused of having the coronavirus. On the other side of the country, a Chinese woman was allegedly assaulted and called “diseased” in a New York City subway when she was wearing a face mask.

Altogether, there have been six known and widely reported incidents involving Asian-Americans being the targets and victims of fraud, battery, and outright discrimination because China is perceived as the source and cause of COVID-19.

Why Should the COVID-19 Debate Be Politically Correct?

Rep. McCarthy is partly correct that a productive debate requires that the truth be given its due. The virus did begin in China and the Chinese government has not always handled the pandemic correctly. There is nothing wrong with stating these facts and in fact it is crucial that the world exam in the situation in China closely to determine how best to proceed.

When Representatives Meng and Chu demand that McCarthy apologize, they are not doing so because want to protect liberal’s feelings. American citizens are being assaulted, defamed, and brutally attacked because people have a false perception that Asian-Americans living in the United States are spreading COVID-19.

While McCarthy may never suffer a broken jaw because he called COVID-19 the “Chinese coronavirus,” other people will. To be sure, McCarthy himself did not tell people to beat up Asian-Americans.

However, his rhetoric does perpetrate people’s racism and feed a misleading viewpoint that ordinarily Chinese people are behind COVID-19, regardless of whether they have visited China this year or other circumstances. As a leader, McCarthy has a responsibility to be more careful with his words lest he inadvertently harm others.

What about Denial of Service?

Under Title IV of the Civil Rights Act, it is illegal for employers and businesses to discriminate on the basis of race, ethnicity, or nationality. It would be illegal for Super 8 Motel to refuse accommodation to Kao Lor and Lee Lor based on their ethnicity.

The employee asking the Lors about where they were from and what ethnicity they are is a big red flag that there might have been a Civil Rights Act violation.

Arguably the employee was not refusing service on the basis that the Lors were Chinese, but on the basis that they had COVID-19. However, this is hardly a bulletproof defense. If the Lors did not appear to be ill or expediting any symptoms, there is no reason to believe they may have the virus.

Even if they had the virus, it has nothing to do with their ethnicity – anybody can carry the virus. Screening for COVID-19 does not require knowing a customer’s ethnicity, race, or national origin.

What If I Have Suffered COVID-19 Discrimination Even If I’m Not Chinese?

Racists may target someone they believe is Chinese even if that person is not. The woman in Manhattan was Korean, not Chinese, but she was still targeted all the same.

Nationality discrimination is illegal in public settings regardless of the person’s actual nationality. It doesn’t matter if the victim was actually Chinese, Korean, or any other nationality. The analysis is on whether the attacker had a racial animus.

The accuracy of his perception is not important. A similar principle exists in criminal law – if a criminal defendant points a gun at person A but accidently shoots person B, the criminal defendant is still liable for attempted murder, even if his aim could use improvement.

Should I Consult an Attorney If I Am Facing Discrimination Due to COVID-19?

An employment attorney can be extremely valuable in assisting any employee or employer in racial discrimination issues.  In addition, an attorney can guide employees in any settlement arrangements.

Previous
« The Law and History Behind U.S. Quarantine Policy
Next
Changes in Employer-Employee Relations During the Coronavirus Pandemic »