A new movement to raise the legal tobacco age from 18 to 21 is taking hold across multiple states and in the U.S Senate. Beginning in October this year, Maryland will require that individuals be at least age 21 to buy any “tobacco products,” including cigarettes, Juul pods, rolling papers, and nicotine-free vape juice. Retailers who sell tobacco products to persons younger than 21 years old could face fines up to $3,000. 18 year olds with a valid military identification will be exempt from the new law.

11 other states, including Virginia and the District of Columbia, have raised the legal age to 21. Delaware and Pennsylvania are expected to follow suit. Senate Majority Leader Mitch McConnell announced he will also introduce national legislation to raise the minimum age for people buying tobacco products from 18 to 21.

Senator McConnell’s support for raising the minimum age was unexpected. Kentucky, his home state, is a top tobacco-producing state and the Senate Majority Leader has received more than $160,000 in contributions from major cigarette manufacturers. However, Kentucky is also one of the highest cancer mortality rates in the country. 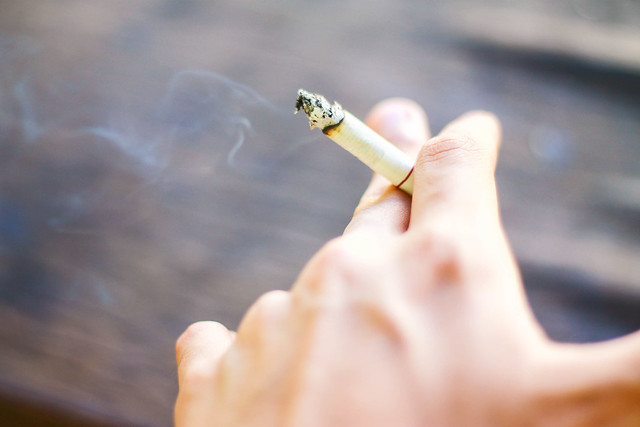 Are Age Limits an Arbitrary Part of the Law?

One of the strangest parts of American law is the seemingly random restrictions on age. The age of consent in some states is 16 while in other states its 18. At the age of majority, 18 years of age, Americans are allowed to get married, vote, and join (or be conscripted) into the military, but they need to wait until they’re age 21 before they can drink.

The restrictions might be rational individually, but together they make very little sense. In Maryland, a citizen can legally have sex and get married at the age of 16, but they wouldn’t be allowed to smoke or drink until age 21.

The laws are sold as safeguards against immaturity, but the dangers that we protect our teens from are seemingly random. Americans want to protect children from chemical dependency, but those same children can commit themselves to another person for the rest of their lives even before they reach the age of majority.

Of course, the reason American law has all these odd right angles and head-on contradictions are that it’s a grass-roots system. Various groups lobby and pressure for a certain change in the law while other parts of the law are ignored.

Legislation Should Only Protect Us from Each Other, Not from Ourselves

Supporters of making the legal smoking age 21 have good intentions, but the proposal is unnecessary infringement of private liberty. When children reach the age of 18, they become adults with all the rights and responsibilities thereof.

Adults have a right to make their own decisions, even if those decisions are potentially self-destructive. Society cannot declare that 18–year–olds are adults and then restrict the rights that purportedly go with that new legal status.

However, that same rationale cannot cover tobacco. Although tobacco is a horrible health hazard, the only victims of that bad habit is the user and second-hand inhalers. Unless the state can prove that using tobacco will be an immediate danger to others, the additional restriction is unwarranted.

Proponents argue that the restriction is necessary to keep tobacco out of the hands of younger persons. Socially, 18 year olds still interact with other teens and can readily sell the tobacco that they have access to, while 21 year olds would have less interactions with minors.

The problem with this reasoning is that it is already illegal to sell tobacco to minors, regardless of how old the seller is. If a minor really wants to use narcotics, raising the legal of who can sell them isn’t going to make a difference.

If we’re trying to restrict the opportunities where a minor might be tempted or peer pressured, then the solution is not in restricting who the minors interact with. The best answer is to teach our children not to use tobacco products regardless of who might offer them. Stopping minors from smoking is ultimately a social issue, not a legal one. The law is a blunt instrument to a problem that will require surgical social precision to address.

Previous
« MacKenzie Bezos is Entitled to Her Fair Share of Amazon.com
Next
Florida Bill Arming Teachers Will Increase the Personal Injury Risks »