The U.S. Supreme Court ruled 9-0 that the Constitution’s ban on excessive fines applies to all fifty states. The unanimous decision, written by Justice Ginsburg, prohibits states from using excessive fines as a means of raising revenue.

Timbs v. Indiana began in Indiana in 2015 when Tyson Timbs was charged with selling heroin to undercover officers in Indiana. Timbs plead guilty and the trial court sentenced him to a year of house arrest, five years’ probation, an addiction-treatment program, and ordered Timbs to pay $1,203 in fines and fees.

The controversial arose when Indiana hired a private law firm to seize Timb’s Land Rover, which he used to transport the heroin. The firm filed a civil suit to obtain the car. The vehicle was valued at $42,000–more than four times the possible maximum fine for his drug conviction.

Timbs argued that the civil asset forfeiture was an “excessive fine” under the Eighth Amendment, which was imposed on the states through the 14th Amendment. The Indiana Supreme Court disagreed, holding that SCOTUS had never incorporated that particular clause against the states. The case reached the U.S. Supreme Court earlier this year. 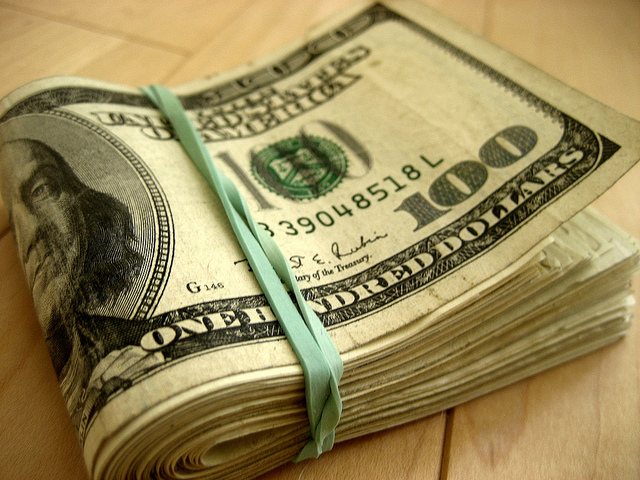 What is Civil Asset Forfeiture?

Civil Asset Forfeiture refers to the civil process whereby a prosecutor can accuse an individual of a crime, then seize assets that have some connection to the alleged offense. The theory is that the state can sue the property directly, thereby bypassing those pesky constitutional protections.

This has lead to amusing case names such as United States v. Article Consisting of 50,000 Cardboard Boxes More or Less, Each Containing One Pair of Clacker Balls or United States v. $124,700 in U.S. Currency.

Since the process is civil, the usual criminal procedural safeguards are absent. There is no presumption of innocence, no right to an attorney, nor a right to a jury trial. The prosecution doesn’t have to prove its case beyond a reasonable doubt. Depending on the state, clear and convincing evidence, or even preponderance of the evidence, is enough.

The defendant need not be convicted or even charged with a crime. The assets can be anything, as long as it has some connection to the alleged crime – cash, vehicles, and even houses have been seized by this abuse of process.

The practice has been heavily criticized by criminal justice reform advocates over the last few years. Local and state governments have justified the practice as a means of raising revenue for law enforcement without raising taxes.

However, a revenue stream that infringes on property rights is fundamentally unconstitutional. Just last year, the Supreme Court limited civil asset forfeiture when the Court ruled that when a guilty verdict is overturned, the property seized through forfeiture must also be returned to the accused.

The Eighth Amendment is Not Enough to Rollback Civil Asset Forfeiture

Indeed, the whole point of civil asset forfeiture is to skip the criminal process altogether, and go straight to whether the state can legally get away with taking property on the filmiest of legal justification. Declaring civil asset forfeiture to be a form of excessive fines is a good start, but it doesn’t address the main problem.

The primary issue with civil asset forfeiture is that it completely ignores due process. If a person is accused of a crime, he or she is entitled to a presumption of innocence, an attorney to defense themselves, and a trial by jury. The government cannot just skip this phase and jump to the end.

What is the Proper Role of Civil Asset Forfeiture?

None of this means that civil asset forfeiture doesn’t have a role to play in law enforcement. One of the principles of punishing convicted defendants is that they shouldn’t profit from their crimes. A defendant is not really punished if he can still enjoy his ill-gotten millions of dollars after leaving prison.

In some cases, the money or assets that the defendant obtained must be seized if there is to be justice. A carjacker should be forced to return all the vehicles he stole to their victims for justice to be done. Civil asset forfeiture is a fair process if the goal is to properly punish a defendant and to restore what the victims lost.

Simple cases like theft are easy applications of civil asset forfeiture. The complex issues arise when the defendant is accused of white collar crimes or crimes where it is not obvious that money was directly stolen from another individual. In those instances, the state should trace the assets it wishes to seize to the crime.

However, the crime must be a direct cause behind the assets being in the defendant’s possession. If a defendant purchased and owned a car by selling heroin, the government could legitimately seize that vehicle. However, if a vehicle was only used to transport heroin without the owner’s knowledge or consent, the vehicle should not be seized.

The use of civil asset forfeiture in this manner is proper as long as the accused has been convicted in a jury trial first and the seizures are limited to traceable ill-gotten gains. However, if the government is just taking property without regard to the rights of private citizens, then it is no better than the crooks it seeks to punish.