The alleged rape and sexual abuse scandals of prominent men like Bill Cosby, Donald Trump, Bill O’Reilly, Harvey Weinstein, Al Franken, Roy Moore, and Brett Kavanaugh, are not restricted to the national stage. Pennsylvania is debating whether to amend its statute of limitations to allow Catholic clergy abuse victims to bring their claims into criminal and civil court.

Of course, the Catholic clergy abuse scandal predates the #MeToo movement by at least two decades. The first known settlement payment was in 1998 when the Roman Catholic Diocese of Dallas paid $30.9 million to twelve victims of one priest. The claims and lawsuits have continued ever since and the Catholic Church has paid over $2 billion to settle almost 3,000 claims. These figures are for the United States only. The Church has struggled with epidemic claims of pedophile priests worldwide.

Last August, a Pennsylvania grand jury issued an almost 900 page document accusing Church leaders in the state of covering up the child sex abuse of more than 1,000 victims and hundreds of priests. With the #MeToo movement and this grand jury report, public pressure now exists to change the law rather than deal with the abuse scandal piecemeal. The report names 300 individual priests and provides extremely disturbing details.

The report alleges that priests Pittsburgh ran a child pornography ring where the priests took pictures of whipping nude boys while they posed on the cross. Other details include cleaning boy’s mouths with holy water after oral sex, sexual assault during confession, an abortion, and an attempted secret marriage with a victim.

The grand jury’s report has opened a debate about the best legislative solution to the scandal. Rep. Mark Rozzi has called for Pennsylvania to temporarily set aside the state’s civil statute of limitations so that abuse victims can sue the Church for damages.

Senate President Joe Scarnati believes the measure is unnecessary and advocates for a victim’s compensation fund administered by a neutral third party. Senator Scranati’s ability to block victims’ proposals was cast into doubt when the state House of Representatives passed a bill that would open the statute of limitations by two years. 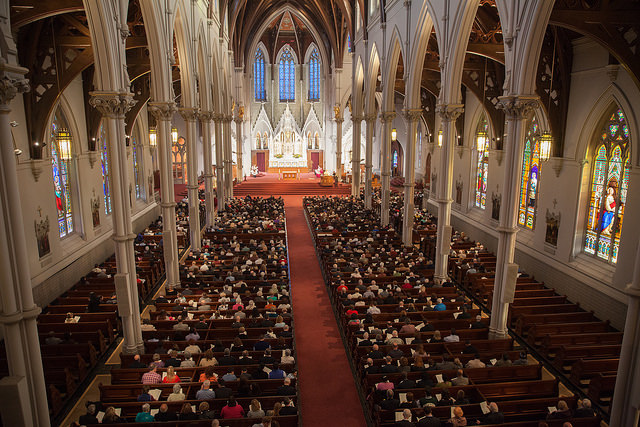 Pennsylvania Statue of Limitations Should Be Temporarily Extended

The circumstances of this case justify setting aside the usual statute of limitations rules. The Church covered the abuses for decades. Church authorities would move the priests to another state or even out of the country if anyone complained.

The Church was entrusted with children. It had a moral duty, if not a legal obligation, to protect their charges. Instead, they protected the abusers and turned a blind eye until it costed too much to pretend that there wasn’t a problem inside their roof. Even when the problem became epidemic and obvious, the Church still refused to take appropriate action.

More importantly, civil suits would serve vital public policies that a victim’s compensation fund could never fulfill. The justice system is not just about compensating those who have been wronged. It also serves as warning, deterrence, and punishment.

The Church has allowed this behavior to persist for decades. The state needs to send a message, loud and clear, that this behavior is unacceptable. $2 billion dollars in settlement doesn’t seem have an impact on how the Church approaches this scandal. A change in the law could also persuade church leadership that a change in the Church is also appropriate.

Finally, a victim compensation fund would come from the taxpayer’s pocket. The people of Pennsylvania should not have to pay for the sins of the Catholic Church. A compensation fund would just be another way for the Church to cover up the crimes being committed within its walls. The state should not be a party to yet another Church cover-up. Instead, Pennsylvania should force the priests to answer for what they have inflicted on innocents.

Due Process vs. the Rule of Law

The Brett Kavanaugh saga may have convinced some people that it is necessary to fight this bill. Certainty the two cases echo one another: decade old accusations against institutional figures. Statues of limitations exist to protect defendant’s due process rights and to preserve judicial efficiency. Prosecutors must prove their case beyond a reasonable doubt in criminal cases and plaintiffs must show clear and convincing evidence to win a civil suit.

The passage of time erodes prosecutors and plaintiffs’ ability to present the necessary evidence. Witnesses move away, pass away, or forget certain details. Physical evidence is lost or misplaced. Cases are thus outright barred rather than harass defendants and bother courts with lawsuits where evidence is impossible to find.

Such deterioration of evidence is present in the Pennsylvania Catholic Church abuse scandals. Many of the accusers and victims have moved away or passed away. The oldest victim is 83. Leadership in the church has changed hands several times. It will be an enormous challenge to prove that these priests did what victims claimed they did.

It is important to protect due process rights. The state’s right to throw people in prison or take money from one person and give it to another must be checked by constitutional precautions. However, due process by itself does not mean one is innocent. Due process means that there must be a process before a person is judged guilty. There must be an investigation and a trial prior to a guilty verdict. Due process is not the “get out of jail” free card some people want to treat it as.

The Gamble of Opening the Statute of Limitations

A lawsuit would allow the Catholic Church to fight the accusations in court and a loss or settlement might result in less money awarded. Conversely, a victim’s compensation fund would involve fewer disputes and would be faster and cheaper.

Hypocrisy is not illegal, but the hypocrisy of the Catholic Church means that clergy are above child abuse laws. The Catholic Church should double check whether they can continue claiming to know God’s law while hiding behind man’s law.

At the same time though, abuse victims should be prepared for a fight even if the statute of limitations are open. Due process demands that both sides be heard, but the outcome might not always be favorable.