Just last week, on May 21st, the Supreme Court has made one of the most substantial labor rulings this year. The ruling, consolidating three cases known as Epic Systems Corp v. Lewis, Ernst & Young v. Morris and National Labor Relations Board v. Murphy Oil USA, ruled that employers can use arbitration agreements to overcome National Labor Relations Act (NLRA) protections invalidating such agreements where they prevent class actions brought by employers.

This directly overrules a ruling from 6 years ago out of the National Labor Relations Board (the entity which enforces the NLRA) which guaranteed these protections for class action lawsuits. This ruling came out of the Obama-era NLRB, but is something the current NLRB has previously stood by and enforced. However, the Trump administration has made it clear it supported exactly this sort of shift towards protecting employers from class action lawsuits through arbitration.

The NLRB position has also been a hotly contested issue in the federal circuit courts. The Sixth, Seventh and Ninth Circuits ruled that the NLRB position supporting employee protections was proper. The Second, Fifth, and Eighth courts ruled the opposite. With such a substantial split on the issue, it was only a matter of time before the Supreme Court ruled on it.

The Supreme Court ruling that did come, a 5-4 split decision, is a big hit to employee protections. Among the most concerning implications is the possibility that employers have the power to condition employment on signing away NLRA protections. Let’s look at the text of the ruling, and what its implications will be for both employers and employees. 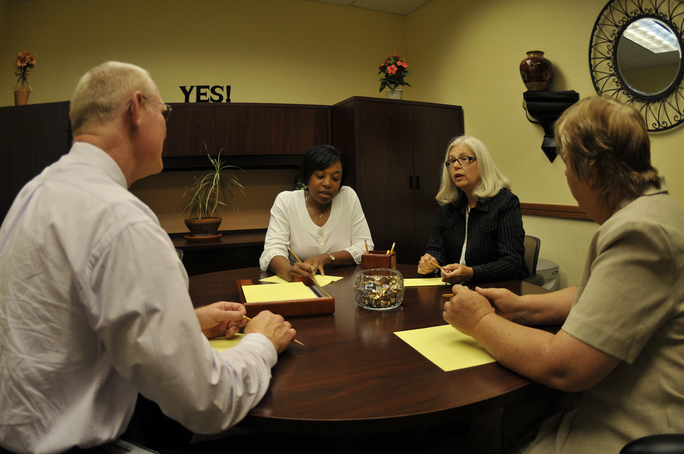 Understanding the Ruling Itself

The ruling, written by Trump’s recent appointee Justice Gorsuch, made its decision based on an argument focusing on Congressional intent-examining the interplay between NLRA employee protections and the Arbitration Act rules requiring the enforcement of valid arbitration agreements.

While the employee side of the case argued that the NLRA specifically provides these protections and the Arbitration Act has a Savings Clause which makes it so arbitration isn’t required where it would violate another federal law such as the NLRA.

The Supreme Court didn’t agree, Justice Gorsuch stated in his ruling that the Court felt that the lack of explicit language in the NLRA showing an intent to overrule the Arbitration Act showed Congress did not intend such a result.

The ruling’s reasoning was that judges should not choose between statutes unless Congress includes language explicitly doing so. Thus, according to them, the NLRB had overreached its bounds in its ruling. These sort of employee protections would require a specific act of Congress to enforce.

Are there Issues with the Ruling?

The issues with the ruling are simple, and well noted by Justice Ruth Bader Ginsberg in her dissent where she said of the situation: “The law could hardly be otherwise: Employees’ rights to band together to meet their employers’ superior strength would be worth precious little if employers could condition employment on workers signing away those rights,” She went on to call the ruling “egregiously wrong.”

This is a concern echoed from many labor interests, including former NLRB members, arguing that the ability to condition employment on signing away rights makes those rights all but unenforceable. Indeed, even in the time leading up to this case employment agreements conditioned in such a manner have been becoming increasingly common.

As of now, the breadth of the ruling will likely continue to be explored in the courts. It certainly applies to agreements requiring arbitration in lieu of class action wage-an-hour cases–unpaid wages, unpaid overtime, and the like.

However, in her dissent Justice Ginsberg indicated that she did not think the ruling should or would apply in Title VII discrimination class actions. This is an issue that will likely be put to the test in courts over the coming months.

Why is Taking Away Arbitration Options Such a Big Deal?

To put it simply, it is much more expensive to deal with one complaint at a time, often so much so that it will essentially prevent employees with smaller grievances from bringing their legal complaints against an employer. While arbitration is cheaper than litigation, it is far from inexpensive for the average individual. The class action option simply prevents widespread smaller infractions against employees.

For the same reason the ruling limits employee options, it is very beneficial to employers. The ability to condition employment on an agreement taking away the class action option has the potential to save businesses an enormous amount of money on legal fees.

Given that this is the current state of the law, it can be expected that employers will choose to incorporate these rules in their employment and arbitration agreements. To be frank, if you are an employer it is likely worth revisiting these agreements to make sure you’re getting the most out of them.

This ruling has some fundamental problems in that it effectively will bar a large group of employees from practically pursuing legitimate legal grievances. This problem is partially mitigated in some places by the existence of cheaper legal options, such as Labor Board hearings, for employment related issues.

The ruling also doesn’t affect employees in a union nearly as much. However, the class action option exists for a reason–it opens the door to defending employment rights to many who couldn’t otherwise afford it. With this new ruling in place, you can expect to see that door slammed shut for many.