In 2010, Donald Zarda was fired from his job at Altitude Express as a sky-diving instructor. Mr. Zarda was preparing for a tandem sky-dive with a female student, when he noticed she was uncomfortable about being tightly strapped to him. To comfort her, Zarda told the student he was “100% gay.” Her boyfriend complained to the school about the comment. Zarda sued Altitude Express for violating the Civil Rights Act’s ban on sex and gender discrimination.

At first, the lawsuit looked like it was doomed. Although the Equal Employment Opportunity Commission had given Zarda permission to sue in federal court, the trial court and a three judge appeal court ruled against him. When Zarda passed away in 2014, it looked like the case had died with him.

However, his estate persisted and they filed an appeal to the 2nd District court en banc (the full Appeals court with all 13 judges). The EEOC won a separate case in which the court ruled that the gender and sex discrimination ban of the Civil Rights Act included sexual orientation, lending strength to Zarda’s claim. 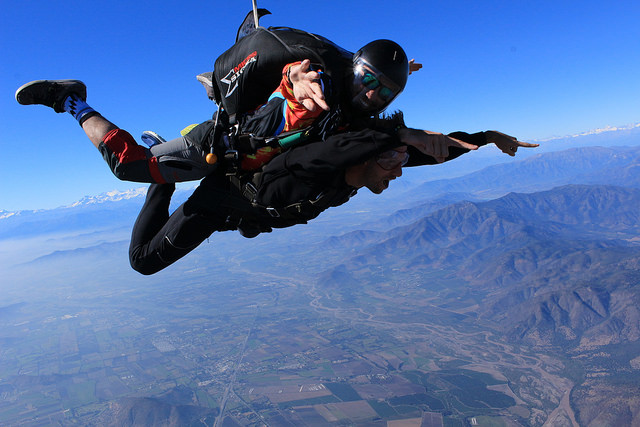 The Justice Department under Mr. Trump interceded prior to the en banc hearing. The Justice Department argued that the Civil Rights Act did not explicitly cover sexual orientation discrimination. The DOJ also said that the EEOC did not “speak for the United States,” the first time that a federal department has openly attacked another federal agency. Nevertheless, the 2nd Circuit ruled against Altitude Express and found that the Civil Rights Act did include sexual orientation. It is unknown whether Altitude Express will appeal to the Supreme Court.

The Extent of the Civil Rights Act

Astute readers might notice that Zarda only claimed to be gay to reassure a female student that he would not be sexual with her while they were strapped together during a dive. It isn’t clear whether Zarda was actually gay or just joking. Legally, this is a difference without a distinction. Similar to criminal law, illegal employment discrimination focuses on the intent of the defendant, not the status of the victim. It makes no difference whether the employee was actually a certain race, religion, gender, or sexual orientation. If the employer takes action based on what they believe is the employee’s trait, that’s enough for the employer to be liable.

The Civil Rights Act protects sex and gender. Case law is clear that employers cannot enforce sex stereotypes unless the job explicitly requires it. Employers cannot fire a woman for failure to wear skirts and makeup unless it is industry custom for women to wear a specific uniform. Expecting men to be attracted to women, or women to be attracted to men, is a similar stereotype that should be illegal. Obergefell, the Supreme Court case that legalized same sex marriage, is built partly on the reasoning that Equal Protection for sex and gender includes Equal Protection for sexual orientation. If the constitutional definition of sex and gender includes sexual orientation, there is no reason why the federal definition of sex and gender should not be the same.

On the other hand, there is a sharp difference between government action and private action. Just because the federal constitution applies to the government doesn’t mean that private actors are also subject to the same restrictions. The government has no authority or power to regulate speech, but YouTube and Twitter can close accounts with impunity. The only limitation is if Congress enacts a law restricting certain actions. If there is an ambiguity in a statute, we should expect Congress to clarify the meaning of the statute instead of relying on unelected judges.