Charges Brought by Mueller Investigation against Defendants at Home and Abroad

The ongoing investigation into Russian involvement and potential corruption in the 2016 election has been a constant source of news and debate ever since Robert Mueller was appointed to run it. There’s been dramatics, threats from President Trump to fire Mueller, guilty pleas from several associated with the Trump administration such as Michael Flynn and George Papadoupolis, and charges brought against people associated with the Trump campaign such as his former campaign manager Paul Manafort and Manafort’s attorney Rick Gates.

The last week has seen a flurry of activity in the Mueller investigation. First, a little over a week ago, we saw a grand jury indictment (a formal accusation of criminal activity) brought against several Russian nationals and a few businesses. These charges related to the operation of a widespread misinformation campaign to undermine the 2016 presidential campaign.

More recently, just in the last few days, we’ve seen further charges brought by the special investigation. Separate charges were leveled against Paul Manafort and Rick Gates having to do with working for Ukrainian government interests and the efforts they allegedly took to conceal the millions of dollars the Ukrainian government and Ukrainian politicians gave them.

On top of these allegations we’ve learned of a guilty plea from Rick Gates which involves an agreement under which, although the exact details of the deal are not available, it appears which he will cooperate with the Mueller investigation in exchange for at least partial clemency. 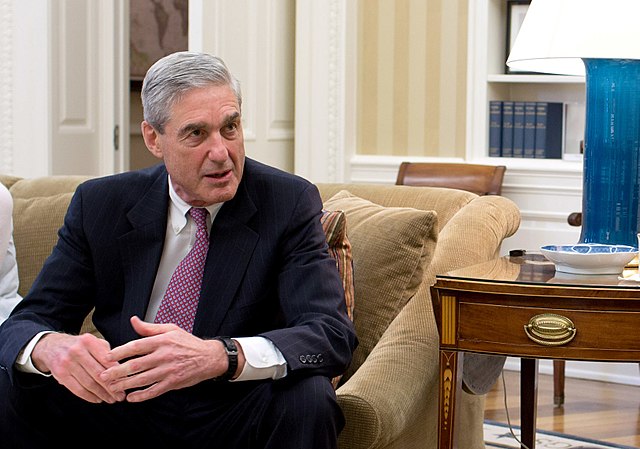 As of now, all these cases are in very early stages. However, they likely represent the most substantial moves by the Mueller investigation so far. Let’s look at the charges brought over the last week or so as well as what this may mean going forward.

Charges Against Russian Individuals and Corporations

On February 16th of this year, the special counsel brought the first of these two new indictments. Those named in the indictment include the Internet Research Agency LLC, Concord Catering, Concord Management and Consulting, and several Russian nationals who allegedly posed as U.S. citizens as part of a misinformation campaign with a general goal of spreading mistrust for the political system of the U.S. and toward specific political candidates. Also, the indictment also includes Yevgeniy Prighozin–an individual quite close to Vladamir Putin–as the partial financier behind the activities.

The charges brought here include conspiracy to defraud the United States including destruction of evidence and stolen identity elements, as well as conspiracy to commit wire and bank fraud, and aggravated identity theft. The charges related to defrauding the United States are over impairing, obstructing, and defeating the lawful functions of the government through fraud and deceit to interfere with the U.S. political and electoral processes, including the presidential election of 2016.Conspiracy to defraud the U.S. is certainly an uncommon charge to see. However, to break down how it works into its constituent parts, it is essentially an effort by two or more people working together with the goal of damaging the lawful function of any department of the U.S. government. This can be done by cheating them out of money or property or interfering with the functions of government by deceit or trickery.

It doesn’t require the government to suffer any real loss, just the effort itself is enough to commit the crime.The other charges–wire fraud, bank fraud, and aggravated identity theft–are much more common and simple. They work much the way they sound–respectively they are fraud using telecommunications technology, defrauding a bank, and knowingly transferring, possessing, or owning the identification of another without lawful authority. The allegations say there was an enormous amount of subterfuge through social media platforms including Twitter, Facebook (through fabricated news stories, purchased advertisements, and even simple emails accounts. This activity targeted nearly all candidates except Trump and Bernie Sanders.

However, it largely focused on supporting Trump and attacking Hillary Clinton. This all came together into what the allegations describe as information warfare against the United States. The core of the charges of conspiracy to defraud the United States are these attempts is an alleged stated goal on the part of those indicted to spread distrust towards some of the candidates of the 2016 election and the U.S. political system.

Those accused worked largely at the behest of a couple of companies, primarily one known as the Internet Research Agency. Besides the false social media pages and personas, the efforts included fake emails, fake personalities, travel from Russia to the U.S. to gather intelligence for their operations, and more. The evidence even includes memos from the Internet Research Agency telling those accused to use social media sites to “use any opportunity to criticize Hillary and the rest (except Sanders and Trump – we support them).”

These Russian allegations have very little in the way of connection to the actual Trump campaign. The closest the existing evidence comes to this is a couple of requests for aid by Russian nationals in putting mocked up demonstrations which were sent to Trump campaign officials in Florida. However, there’s no indication as to whether these officials even responded.

While these initial charges have very little link to the Trump campaign, the more recent charges hit much closer to home. Although it is important to note that the allegations as of now do not include much of anything that could be called a smoking gun linking the actions of Manafort and Gates to President Trump himself.

However, in addition to the previous charges of conspiracy against the U.S., money laundering, and more  brought against Trump’s former campaign manager Manafort and his lawyer Rick Gates last November, we’ve now seen 32 additional counts leveled against the pair in a February 22nd filing. These new charges are primarily allegations of bank and tax fraud associated with efforts to hide funds obtained from Ukraine.

Just before these charges came out, Gates apparently pled guilty to conspiracy to defraud the United States and lying to the FBI and the special counsel. This plea deal has apparently been in the works since January, so it’s unclear whether the plea is because of the new charges or just comes from ongoing negotiations. Either way, it is very likely it will result in Rick Gates testifying as a witness to the deeds of Paul Manafort.

According to the allegations, and those of the previous charges brought against the pair, the two made tens of millions of dollars through work with Ukraine. Funds they allegedly worked to hide from the U.S. by funneling the earnings into front bank accounts abroad. They also allegedly repeatedly lied to banks about their financial situation and source of income to create greater liquidity for funds from Ukraine they otherwise tied up primarily in real estate.

The recent indictments against Manafort and Gates go into quite a bit of detail as to how they allegedly lied to banks to launder money received from Ukraine as well as alleging that they repeatedly outright lied on their taxes about the existence of the funds.

Much of the charges revolve around the provisions of the Bank Secrecy Act. This is a statute which, among other things, requires United States citizens to report to the Treasury any financial interest in, or signatory authority over, any bank account or other financial account held in foreign countries, for every calendar year in which the combined totals of all these foreign accounts exceeds $10,000 at any point during the year. Manafort and Gates apparently had enormous amounts offshore from their dealings with Ukraine which they never reported.

Other allegations in the new indictments include charges that Manafort recruited and paid for former European politicians–recruiting them to lobby for Ukraine within the United States with payments in the realm of 2 million Euros.

These charges are related to the original allegations against Manafort and Gates of acting as undeclared Ukrainian lobbyists as well as a larger money laundering conspiracy. However, it seems they are more likely part of a strategy to turn up the heat on the pair.

What Does All This Mean?

Gates is the third person with connections to the Trump administration to plead guilty to some sort of collaboration with Russia and its allies–following similar pleas by Michael Flynn and George Papadoupolis. What happens with Manafort moving forward, especially now that his lawyer and business partner Rick Gates has agreed to testify, will be interesting to see. Manafort himself was fired as campaign manager by Trump, but kept on as an advisor throughout Trump’s campaign–instead traveling with Trump and working as a liaison between the campaign and the Republican National Committee.

Either way, at this point it’s very early in the proceedings on all fronts–both against the newly indicted Russian nationals and Manafort. While the proceedings have not been the exoneration that President Trump has claimed them to be on social media, there is at least no immediate smoking gun linking the President’s campaign or the President himself to these events at this point.

There is certainly substantial evidence of Russian interference in the campaign, often on President Trump’s behalf or attacking Hillary Clinton. This is along with evidence of larger efforts to undermine the U.S. political system. Where all this evidence will lead remains to be seen. However, it will certainly be interesting to see what happens as the case against Manafort moves forwards.