New bipartisan legislation known as the Pregnant Workers Fairness Act will be taking effect in Massachusetts on April 1st of this year–expanding protections to pregnant women and recent mothers in the workforce.

These sort of laws are incredibly important as pregnancy discrimination is an ongoing problem in this county, just between the years of 2010 and 2015 the Equal Employment Opportunity Commission dealt with over 30,000 charges of pregnancy discrimination. About a third of these charges were women who said they were outright fired for being pregnant, quite a few dealt with harassment issues, while many other charges dealt with being refused simple accommodations such as being allowed to go to the bathroom more often.

There are federal standards in place to protect the rights of pregnant women and recent mothers in the workplace. However, they are more limited than the new Massachusetts rules. There are also state by state laws on the issue. For example, every state except South Dakota, Indiana, Alabama and North Carolina have laws protecting against pregnancy discrimination.

Every state except Wyoming, Wisconsin, Indiana, North Carolina, Florida, and Georgia have laws which require employers to provide some level of accommodations to pregnant workers or recent mothers. There are even laws in about half the states on workplace breastfeeding rights. 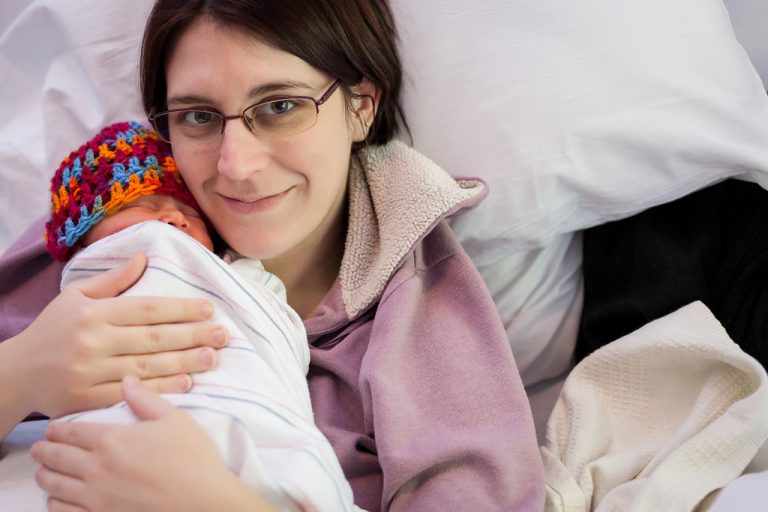 These rules are different from state to state, and it is important to know your rights based on where you live. However, no matter where you live the federal rules on the issue will impact you. To better understand your rights, let’s look at these federal rules, the new Massachusetts rules, and developments on this issue in Congress.

What are the Federal Rules and the Pregnancy Discrimination Act?

The federal rules on the issue are primarily laid out in the 1978 Pregnancy Discrimination Act (PDA), although depending on the situation you may have some additional rights under the Americans With Disabilities Act (ADA) or the Family and Medical Leave Act (FMLA). The EEOC treats the issue as an element of sex discrimination under the PDA. However, while the PDA can protect you, it has some limitations. First and foremost, it only applies if your employer has 15 or more employees.

If the PDA applies to your employer, than they are not allowed to discriminate against you because you are pregnant, you were pregnant, you could become pregnant, you intend to become pregnant, have a medical condition related to pregnancy, or have had or are considering having an abortion. This means they can’t fire you, refuse you a job or a promotion, force you to take leave, or give you less desirable work for any of these reasons.

There is an exception for employers if you are unable to do your job at all or would pose a significant safety risk to those you work with by continuing to work. However, they must attempt to accommodate anything less than this with things such as altered break or work schedules, ergonomic furniture, permission to work from home, etc.

Either way, you need to ask your employer for an accommodation before they must give it to you. It also important to note that your employer cannot fire you or move you to a different position based on a belief that your work would be a threat to you or your pregnancy as opposed to your coworkers.

The PDA and the ADA also forbid harassment based on pregnancy or a pregnancy related medical condition. Employers are required to put a stop to any such harassment you report to them or they become aware of.

How Does the Massachusetts’ Pregnant Workers Fairness Act Work?

The new Massachusetts act goes beyond the provisions of the ADA and the PDA. It targets a number of hole in the federal legislation and, above all else, targets the issue reported nearly 10,000 times in five years–it requires employers to hire women back after their maternity leave. It also has no limit on the size of the employers it applies to.

The details of the law are, as with all laws, a bit more complicated than this and covers a number of other issues. First, it forbids employers from denying a reasonable accommodation based on pregnancy or a related condition–explicitly including but limiting these accommodations to lactation and breastfeeding–unless they can demonstrate the high standard of an undue hardship caused by such an accommodation.

The law forbids retaliation for requesting accommodations by targeting their employment status, pay seniority, retirement, fringe benefits or–as discussed above–refusing to reinstate the employee in the same position with all their previous benefits. It also prevents denial of employment opportunities not just on the basis of pregnancy or pregnancy related conditions, but also denial based on the need for accommodations itself.

Employers are further not allowed to force an employee to accept an accommodation they do not desire, take a leave of absence (so long as another accommodation such as allowing breastfeeding in the workplace will do).

The act also includes a non-exclusive list of the types of accommodations Massachusetts employers will be required to provide an employee covered by the law. Accommodations under the rule can only be denied if the nature and cost of the accommodation based on the size of the business and financial resources of the employer would–taken together–show an undue burden to the employer.

The accommodation process under the new law must be a timely and interactive process. An employer cannot demand documentation for accommodations related to more frequent bathroom, food or water breaks, seating, limits on lifting over 20 lbs, or a private non-bathroom space for breast feeding.

The law requires employers to provide notice of the details of the law to employers in a handbook or similar form by April 1st of this year and give written notice of the laws to all employees hired after that date prior to or at the start of their employment. They also must give notice of the rules within 10 days of an employee notifying them of a pregnancy or related condition.

Any employer who violates any of these rules is liable for quite a bit in the way of punitive damages, attorney’s fees, back pay, front pay, and more. Suffice it to say, the new laws have quite a bit of bite behind their bark.

How Does the Federal Pregnant Workers Fairness Act Work?

The Massachusetts law fills in a lot of the gaps in protection at the federal level. However, it certainly looks to be inspired by a federal counterpart. In March of 2017, a New York Representative by the name of Jerrold Nadler introduced legislation with the exact same name–the Pregnant Workers Fairness Act–and very similar provisions.

Unfortunately, the federal counterpart did not receive as much traction as it did in Massachusetts. It has not yet left the house and the last action on the bill saw it referred to the House Subcommittee on the Constitution and Civil Justice in June of last year. With no other action on the bill since then, it’s fair to assume that any move on this issue at a federal level will not be here for a while–or at least take a different form.

This is unfortunate, the steps Massachusetts have taken will make a real difference for pregnant women in the workforce in that state. Even outside of Massachusetts, most of states have taken at least some steps to expand on the federal rules when it comes to pregnancy discrimination. Each state is different, and it’s important to know the rights your own state gives you. For now, they are likely the highest level of protection available to you.