Why is it Legal to Pay Intellectually Disabled Workers as Little as Two Dollars a Day?

These hearings discussed a disabled Rhode Island button packer who was paid $0.48/hour, New York workers packaging pharmaceuticals who were paid $0.30/hour while the CEO of the non-profit made over $400,000 a year, and dozens of intellectually disabled workers at an Iowa turkey processing plant who were paid a whopping $2/day.

This last example is a single quarter per hour presuming an 8-hour work day and nearly enough to run both a washer and dryer once at most Laundromats as a total day’s earnings. This is wrong, and you’re probably asking yourself why something hasn’t been done about these exploited workers. The reason for that is that the actions of these employers, under federal law, are perfectly legal.

Section 14(c) of the Fair Labor Standards Act (FLSA) contains provisions regarding payment of a “subminimum wage.” To put the rules simply, this allows employers who first receive a license to do so to pay workers substantially less than minimum wage in a proportion ostensibly equivalent to the proportion of productivity they are capable of when compared to a non-disabled worker.

This law, originally passed in the 1930’s, is still on the books after several amendments to the FLSA and continues to allow the kind of pay we see in Warren’s hearings on the issue. To understand this situation, let’s discuss section 14(c) as well as the few steps to reduce the effects of 14(c) that have been taken at a federal and state level. 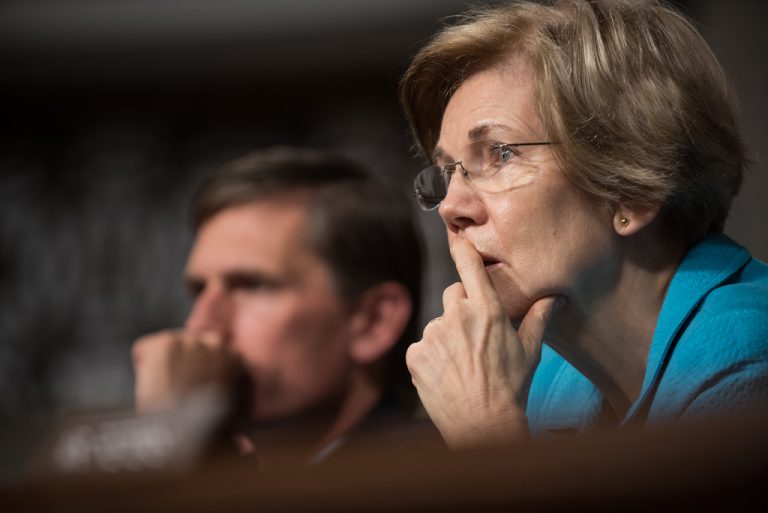 Understanding 14(c) and the Subminimum Wage

The Americans With Disabilities Act (ADA) protects generally protects disabled individuals from employment discrimination including pay discrimination. However, 14(c) of the FLSA, introduced in 1933 in the National Industrial Recovery Act, represents an exception to this general rule.

As discussed above, section 14(c) allows employers to pay workers with a disability below minimum wage when their work is affected by an intellectual or physical disability. The section also allows, in some circumstances, reduction for lowered productivity due to age or injury.

Initially, this reduction had no real floor to it. However, since a 1986 amendment, this reduction is theoretically a one to one relationship with the reduction in productivity due to the disability. This percentage must be based off a wage that is the same as others around them make for a similar position.

This means that if the job is usually paid $15/hr, the percentage is based on that $15/hr benchmark. If the job is minimum wage, then that’s the basis. However, as we saw in Elizabeth Warren’s hearings, the section is sometimes used to reduce pay as low as $0.25/hr–this is a 96.6% reduction from the $7.75/hr federally mandated minimum wage. This implies a 96.6% reduced capacity to work, which seems extremely drastic to say the least.

Employers can’t just decide how much to reduce a wage and go forward with it. There are licensing requirements before an employer can pay a subminimum wage. The employer must seek a certificate from the Wage and Hour Division of the U.S. Department of Labor. As of now employers have sought certificates impacted nearly half a million people with disabilities.

To receive one of these certificates, the employer must provide written assurances to the Secretary of Labor that the percentages used in the wage reductions will be reviewed at least every six months and updated at least once a year to match the basis wage paid to those around the person with the disability. These certificates generally outline the exact percentages the employer can lower wages by.

Those affected by the subminimum wage are not completely without recourse under the law. A person affected by a wage reduction or their guardian may petition the Secretary of Labor for a review of their situation. The employer cannot be involved in this review whatsoever unless the employee or their guardian consents in writing.

The Secretary then gives the case to an administrative law judge and the employer must provide evidence proving their wage reductions are proper by looking at the productivity and work quality of the employee as compared to those around them who are not disabled. Once the judge reaches a decision, it is final unless the Secretary of Labor decides to grant a review.

What’s been discussed above is all still the state of the law. However, the last four years have seen some very limited carve outs to this general rule which are worth discussing.

First, former-President Barack Obama put forth Executive Order 13658 back in 2014. This order, part of a group of orders known as the Fair Pay and Safe Workplaces Orders, required workers working under contract with the federal government to be paid a minimum of $10.15/hour.

Section 511 of the act, taking effect in July of 2016, placed additional requirements on employers who receive a certification to pay subminimum wage. In the first year of a subminimum wage arrangement, an employer is required to provide career counseling and referral services to help the employee find a non-subminimum wage job once every six months. After that first year, the career counseling and referral services must be provided at least once a year.

For youth with disabilities, section 511 requires employers to provide documents proving they are certified to use subminimum wage and have completed the requirements discussed above before putting a minor with a disability on a subminimum wage. It also requires employers to work with their state’s educational agency to make sure the youth with a disability is completing required educational activities.

Finally, it is worth noting that some very few states have banned the practice of the subminimum wage completely. For example, Vermont and New Hampshire are among the handful of states that have laws specifically banning employers from paying a subminimum wage–certificate or no.

The Subminimum Wage is a Relic

This is the current state of the law as of the writing of this article–in most of the states it is perfectly legal to pay people with disabilities drastically less than minimum wage so long as you first get a certificate from the Department of Labor and conform to a fairly minimal set of requirements. This is frankly an embarrassment to the U.S., a relic of the past.

The idea that the U.S. government at one point issued a certificate suggesting that dozens of people with varying disabilities were all 96.6% less capable than a person without a disability standing next to them is a ludicrous concept. The idea that we continue to allow this practice, with so little in the way of checks on potential abuse of a particularly vulnerable group of people, should not be business as usual in the United States of America. Some states have taken the steps to forbid this practice, it’s time the rest of the nation and the federal government follow suit.