The law is clear that if a defendant hires a hit man to kill a victim, that defendant would also be guilty of murder. If a defendant prank calls the police instead, the legal outcome should be the same for the defendant.

“Swatting” is an internet prank where the prankster calls in a false crime to lure a large number of police officers to a house. The prank usually involves a false call about a murder or hostage situation. Tyler Barriss was playing a game of Call of Duty on December 30 when he got into an argument with another gamer. Another player suggested to Barriss that he “swat” the offending gamer.

Barriss called police in Wichita, Kansas and reported a domestic shooting and hostage situation. According to police, Barriss falsely claimed that he had accidentally shot his father and threatened to set the house on fire. Wichita police descended on Andrew Finch’s home, the address that Barriss had given the police department. When police surrounded the house, Andrew Finch went outside to find out what the commotion was about. Police yelled at him to put his hands up. One officer fired when he believed Finch was reaching for his waistband.

Police officers searched the house and found Finch’s mother, niece, and two young children, but no hostages, injured persons or weapons. Andrew Finch died at the hospital. He was unarmed. Finch was not the other gamer involved in the internet game with Barriss. 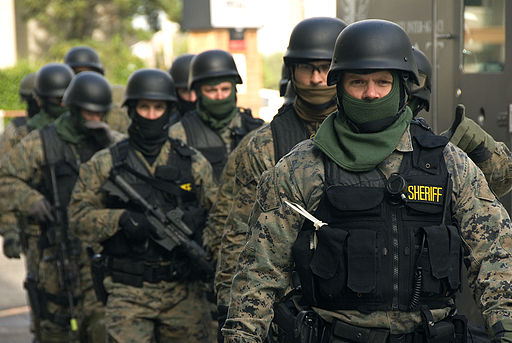 Los Angeles police arrested Tyler Barriss on January 3rd on a felony false police report. Kansas is expected to pick Barriss up from the Los Angeles County jail by mid-February. Barriss has a history of prank calling or threatening to make such calls. Barriss had previously made a call regarding a bomb threat to a television station and joked about “swatting” FBI headquarters on Twitter.

Is Barriss Liable for Murder?

Barriss’s prank call is akin to hiring a hit man to kill another person. Instead of hiring someone to do the killing, Barriss acted through an unwitting police department. Barriss deliberately acted with malice aforethought – he made the call with the specific intention of escalating tensions between police officers and a random person. Barriss had been warned by authorities before not to make such prank calls, but Barriss continued. The result is that an innocent person was murdered and two young girls must live without their father.

Barriss might argue that he didn’t intend to get anyone killed. It was a just a prank that got out of control. However, his actions still count as felony murder. In a felony murder case, a person convicted of a felony is liable for any murder that occurred during the felony. For example, a robber might only attend to steal money from a bank, but if anyone dies during the robbery, the robber would liable for the victim’s death. Since knowingly making a false police report is a felony and a person died during the felony, Barriss would be potentially guilty of felony murder.

Of course, Barriss is not the only cause of Finch’s death. People are beginning to question why police are always trigger happy. If the office hadn’t open fire, Finch would still be alive today. However, just because Barriss wasn’t the direct cause of Finch’s murder, doesn’t mean he’s off the hook. If a defendant is a proximate cause of a victim’s death during a crime, that’s enough to trigger felony murder. As long as it was reasonably foreseeable that a person might be killed during the crime, the defendant would be liable as a cause of the murder. Barriss cannot escape his culpability by blaming anyone else but himself.

Is Barriss Liable for Wrongful Death?

As mentioned, Andrew Finch leaves behind two young girls, ages 2 and 7. The girls will need money to support them as they grow up, now that they have been deprived of their father. One of the features of the American legal system is that a person can be charged with a crime in the criminal system and sued for wrongful death in civil court.

To win a wrongful death lawsuit, the plaintiff needs to prove that the defendant caused the victim’s death by acting intentionally or recklessly. If Kansas state prosecutors can convict Barriss of felony murder, it would greatly help prove the wrongful death case against Barriss. Barriss intentionally made the call or that he acted in reckless disregard of the consequences. Barriss was warned multiple times that his prank calls were tying up police resources when they could be used on serious matters – matters of life and death. He clearly doesn’t care how his “swatting” affected others, even if it put them at risk.

The biggest issue with a wrongful death suit against Barriss is that he doesn’t have a lot of money. Tyler Barriss is a twenty-five year old gamer living in his parent’s basement. He’s facing potential prison time for felony murder.

Even if Barriss lost a wrongful death suit, he doesn’t have the money to pay Finch’s family. The sad truth is, many people can be liable for terrible acts, but will not compensate the victims because they are unable to pay them. Finch’s estate will likely have to pursue other avenues for compensation. The City of Wichita and the Police Department would also be liable in this instance. The Kansas Victim Compensation or Kansas Victim Services could also provide relief.