On This Day: Loving v. Virginia Paves the Way to Our Future

On June 12th, 1967 the United States Supreme Court unanimously declared that the State of Virginia’s anti-miscegenation law, a law that prevents mixed race marriage, was unconstitutional. For Richard and Mildred Loving, and so many others, the Court declared that the law violated their right for Due Process and Equal Protection under the 14th Amendment.

To this day, many legal scholars and writers view this landmark decision as a turning point for civil rights in America. But what happened? What made the Court go against years of “tradition”? What happened to Richard and Mildred Loving, and why does this case affect us today? 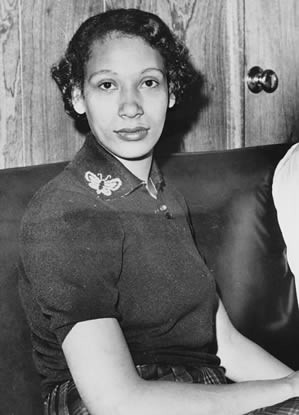 The Facts Behind Loving v. Virginia

In 1958, while asleep in their bed, Mildred and Richard Loving were raided by the police and then charged with violating Virginia’s Racial Integrity Act of 1924. Their marriage certificate was framed on the wall, but ignored by Virginia officials as they considered their marriage to be invalid within Virginia. Since they were violating the law, they pled guilty, and were offered a suspended sentence so long as they leave Virginia for at least 25 years.

The reality is that most of the nation moved past banning interracial marriage. But just 12 years earlier, in 1954, did public schools even begin to de-segregate their student population. It was such a slow march to equality, and it wasn’t until Richard and Mildred Loving entered the picture did civil rights leaders realize they had a chance to strike down laws that ban interracial marriage.

The Warren Court and Their Place in the Civil Rights Movement

When their case came before Justice Earl Warren and the other Justices of the United States Supreme Court, the Court once again shocked the nation by declaring Virginia’s interracial ban to be unconstitutional. Warren was famously quoted as saying that:

Marriage is one of the “basic civil rights of man,” fundamental to our very existence and survival… To deny this fundamental freedom on so unsupportable a basis as the racial classifications embodied in these statutes…is to surely deprive all State’s citizens of liberty without due process of law… Under our Constitution, the freedom to marry, or not marry, a person of another race resides with the individual and cannot be infringed by the State.

They added that there was “no legitimate overriding purpose” to the law, except to maintain White Supremacy. As the Court could find no other reason for the law, except to limit the freedom of all citizens (including white citizens) they overturned Virginia’s decision and effectively made all interracial marriage bans unenforceable.

How the Story Ends, for the Lovings and for Us

While Richard and Mildred Loving were a legally married couple and their rights restored to them, Richard died in 1975 when a drunk driver struck his car. Mildred survived the crash, and lived until 2008 when she passed away at the age of 68.

Even though they may not have gotten to spend their golden years together, their stance against interracial marriage bans have helped so many other Americans. Many legal scholars and writers think that Loving v. Virginia is what paved the way for same-sex marriage, determined in the case Obergefell v. Hodges in 2015. The opinion of Justice Kennedy invokes the same language, emotion, and determination as the decision in Loving.

Many studies show that interracial marriages are at an all-time high in the U.S. with 1 in 6 married couples considered to be a mixed-race couple. The number of mixed-race children are also rising, giving the way to a future that is not divided by color or ethnicity.

While it is not an officially recognized holiday, Americans across the nation celebrate Loving Day on June 12th to remember how far our nation has come and to be hopeful for a bright future. Every American, even those who are not in a mixed-race relationship and/or not of mixed-race, can be grateful for Richard and Mildred Loving’s courage to stand up against those who tried to infringe and regulate their liberty.

On this day in history, the United States of America made a great step towards liberty and equality for all.