Criminal Law Issues in Los Angeles on the Rise

Crime in Los Angeles has increased since the Covid-19 pandemic began. Policing has been significantly handicapped by reported corruption within the Los Angeles Police Department. If you are suspected of committing a crime and make the wrong statement, you could be facing significant criminal fines or prison time. However, every American has a Constitutional right to an attorney if they are accuse of a crime. Below are some common criminal charges in Los Angeles: 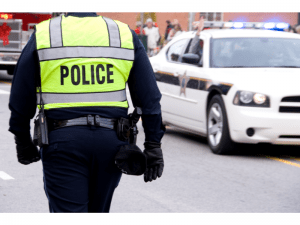 Criminal assault in California is defined as an unlawful attempt, coupled with a present ability, to commit a violent injury on the person of another. Criminal assault is considered a “wobbler,” meaning that the crime can be charged as either a misdemeanor or a felony, depending on the prosecutor. A misdemeanor assault is punishable up to a year in prison while a felony carries a maximum penalty of up to four years in prison. Be sure to speak with an attorney if you are accused of a violent assault.

Property crimes have increased in Los Angeles since the pandemic has receded. Property crimes include all forms of larceny, including but not limited to burglary, robbery, and motor vehicle theft. The potential sentences for property crimes scale with the severity of the crimes. Criminal fines may be imposed and prison time may range from a few days to a couple of decades. There are potential defenses to property crimes so consult with an attorney if you are accused of a property crime.

Do I Need an Attorney for a Criminal Law Issue in Los Angeles?

If you have been the victim of a crime, you should call the police immediately. A criminal prosecutor may be able to assist in punishing the wrongdoer. You may also wish to contact a civil attorney to assist you in filing a civil suit against the accused.