Can the Government Force Churches to Cancel Services Because of Coronavirus?

Churches are often the last gatherings still ongoing as the Coronavirus ravages America. However, even that is swiftly changing as states and communities are forced to close more and more gatherings.

Louisiana charged a pastor of the Life Tabernacle Church in Central last week with six misdemeanor counts of disobeying a state shelter order after the pastor decided to host multiple large gatherings. The Sheriff’s office claims the pastor was charged for each violation and that he was the only one charged because he encouraged others to disobey the law.

A few states over, a pastor of a megachurch in Tampa, FL was arrested for violating the local ordinances against large gatherings. The pastor was released on $500.00 bail while the case was pending. The Tampa Sheriff’s office made several personal requests to the church and its attorney after they discovered Facebook videos of large numbers of people in attendance.

The church asserts that it has gone above and beyond what the local ordinances require, including giving hand sanitizers to all in attendance, requiring staff to wear gloves, and maintaining the six-foot distance rule for everyone in attendance. 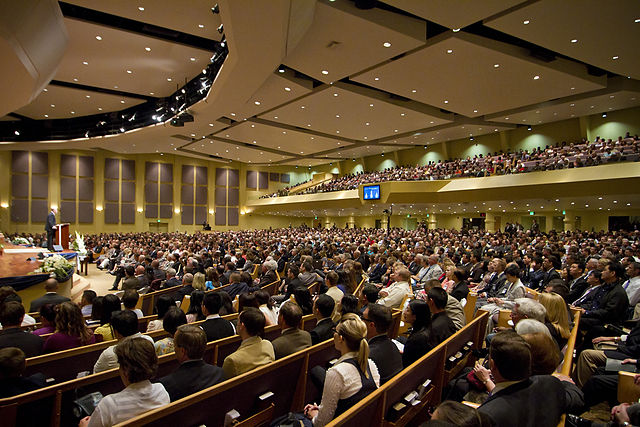 What is Religious Belief Discrimination?

There is no doubt that the virus necessities certain states and communities issue shelter-in-place orders. The World Health Organization’s declaration of a global pandemic and the federal government’s declaration of a national emergency should cause even local leaders to take extreme measures to stop a pandemic. Given that this particular virus can spread even before symptoms appear, broad shelter orders are necessary to combat it.

Chief Justice Roberts wrote internment “solely and explicitly on the basis of race, is objectively unlawful and outside the scope of Presidential authority.” Targeting any distinct group, even for national security purposes, is “objectively unlawful.”

Can Churches Be Charged for Violating Pandemic Shelter Orders?

Each state and community’s shelter orders are different. Some states, like Florida, have broader religious exemptions. However, each shelter order must comply with the 1st and 14th Amendment of the federal constitution, as well as any state constitution protections. The 1st Amendment protects the free exercise of religion and right to peacefully assembly. The 14th Amendment requires the equal protection of the law.

In sum, this means that shelter orders cannot specifically target churches, but they can require all businesses and organizations in general – including churches – to close down for the duration of the pandemic.

Can Churches Be Exempt from Shelter Orders as an Essential Organization?

The general rule is sound, but the exemptions are where the devil is in the details. Most shelter orders include exemptions for certain businesses deemed “essential.” Most are common sense – medical offices, hospitals, law enforcement, and fire departments. Some businesses are permitted to operate under certain restrictions. Restaurants are permitted to open provided that they serve take out or drive through only.

As noted, it is uncertain whether churches should be exempt from shelter orders as either an essential organization or as a religious accommodation. However, even if the latter may not be appropriate. Ordinary religious accommodations in the workplace cannot put the health and safety of fellow employees at risk.

Church goers may arguably voluntarily assume such risks. However, a contagion like the Coronavirus would potentially expose even those who do not attend church services as church attendees may spread the disease once they leave church.

The church in Tampa should be commended for at least taking minimal precautions. Providing hand sanitizers and maintaining six feet distance are the least that organizations can do to combat the virus.

States are not forbidding worship – they are forbidding gathering, which at this moment presents a public health crisis. Christians and other religious groups can still worship even if circumstances beyond their control restrict their ability to gather.

“For where two or three are gathered together in my name, there am I in the midst of them.” Matthew 18:20. However, spreading the virus recklessly means that the entire congregation and everyone else in the community would potentially be wiped out.

Should I Consult an Attorney?