Michael Cohen and the Art of the Plea Deal

Donald Trump’s ex-attorney, Michael Cohen, testified last week that Trump directed him to arrange payments ahead of the 2016 presidential election to silence two women who claimed to have affairs with Trump.

The admission, if true, would implicate the President himself in a federal crime. Cohen made the statements as he pleaded guilty to eight criminal charges, including bank fraud, tax evasion, and campaign finance violations.

The two payments were $130,000 to adult-film star Stormy Daniels and the other was $150,000 to former Playboy model Karen McDougal. Trump’s attorney, Rudy Giuliani, has said the payments were made to spare Trump and his family embarrassment and were unrelated to the campaign.

At exactly the same hour, a jury convicted Trump’s former campaign manager, Paul Manafort, of eight charges of tax and bank fraud. The jury deadlocked on the other ten charges of conspiracy. Manafort’s time in court isn’t over. He will face a second trial in the District of Colombia on separate charges of money laundering and witness tampering.

Trump himself repeated that the investigation was witch hunt, even as two of his closet associates plead guilty and convicted by a jury of federal crimes. The White House is rumored to be considering a pardon for Manafort. In response to Cohen’s guilty plea, the President has suggested that “flipping” should be illegal. What exactly is flipping and why is legal? 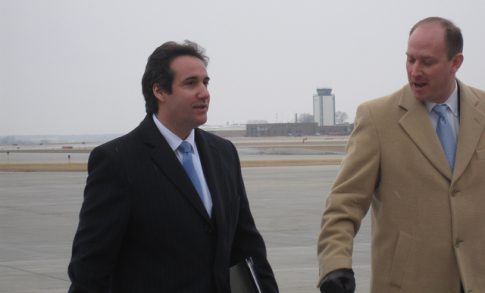 Flipping is a long practice of prosecutors and law enforcement most commonly used to bring down organized crime groups. It has become so common that it appears often in popular culture, including television series like Law and Order, and movies like The Dark Knight.

“Flipping” refers to a suspect or witness cooperating with prosecutors to bring evidence against a suspect. Flipping is legal and judges often inform juries during trial that it is legal. The controversial aspect of flipping is that cooperating witnesses often receive a reduced sentence or even outright immunity in exchange for any testimony or evidence they provide.

This raises two concerns: First, whether the testimony cooperating witnesses give can be trusted and Second, whether justice is really being done if criminal suspects can bargain with the government to avoid punishment.

The question of whether a cooperating witness can be trusted is not easy to answer. Trust in a testimony is determined on a case by case basis because it is up to the jury to decide whether a witness is truthful or not.

There are constitutional safeguards against a dishonest witness though. Prosecutors know that dishonest witnesses can be unreliable and thus will seek to bolster their case by presenting other witnesses or evidence to prove that the testimony is accurate.

Since the Constitution gives defendants the right to confront their accusers, defense attorneys also have the ability to cross examine cooperating witnesses. Accurate testimony is a concern, but it is a concern that applies to all witnesses and that the legal system is already equipped to address.

The prospect of going to prison for years or decades can put pressure on a person to speak. However, people who are tortured are under actual physical duress. Prison is a punishment that is levied regardless of whether a suspect cooperates with the government or not.

Prison is a punishment that every civilization on earth has utilized to punish wrongdoers; torture is a practice that has been frowned upon by societies that value human rights, including the United States.

Torture is nominally forbidden by the Eighth Amendment and most defendants are never subjected to torture. The level of duress upon a criminal defendant facing prison is normal in our criminal justice system because every defendant is subject to it. The duress that a defendant is under during torture is extraordinary because it usually not permitted under American law and because torture is a violation of human rights.

In contrast, flipping does not subject witnesses to any physical pain or any other kind of pressure that would make them fear for their lives. Witnesses also have access to defense attorneys who can advise them about the wisdom of cooperating with the government. Torture and cooperation are two completely different issues. Any comparisons made fails to comprehend the obvious differences.

Flipping Does Not Change Equality Under the Law

The second concern is that flipping violates equal protection of the law. The essence of equal protection is that people should be treated the same under the law. If two persons commit the same crime, they should receive the same sentence. It doesn’t seem fair that one person can receive a lighter sentence by pointing the finger at his co-defendant.

Equal protection is a valid concern, but this criticism fails to acknowledge the fact that both defendants can confess. If both defendants confess to a crime, then they should both receive the same sentence (barring certain factors like age, health, etc.)

Confession is an act that the defendant can control. In contrast, immutable traits such as race or sex cannot be controlled. Equal protection is not violated because the government can legally discriminate based on who confesses and who doesn’t. Neither does confession violate the right against self-incrimination, as defendants have the ability to waive that right.

If Manafort thinks it’s unfair that Gates can get a lighter sentence by blaming him, Manafort can change that at any time by confessing to his own crimes. Gates testified that both had committed crimes.

However, the relationship between the men was that Gates took orders from Manafort (when Gates wasn’t stealing from him). If Manafort wants leniency, he can do what Gates did and testify against those who were ordering him to violate the law.