Police stop and frisk searches have taken on a new meaning. Last September, M.B. Cottingham and several friends were sitting on folding chairs celebrating Cottingham’s birthday. They had just opened a bottle of alcohol when two police cruisers, one marked and one unmarked, pulled up.

Several police officers came out and asked whether they had any guns. Cottingham admitted he had a bag of marijuana in his sock, but the bag contained less than an eighth of an ounce of marijuana, the legal limit in D.C.

Months later, the incident was raised at a D.C. City Council meeting. Police Chief Peter Newsham acknowledged he had seen a video of the encounter and that it looked like inappropriate touching by the officer. Newsham claims that Officer Locacono had been disciplined, though he still remains on active duty with the municipal police department. Cottingham has sued the police department with the assistance of the ACLU. 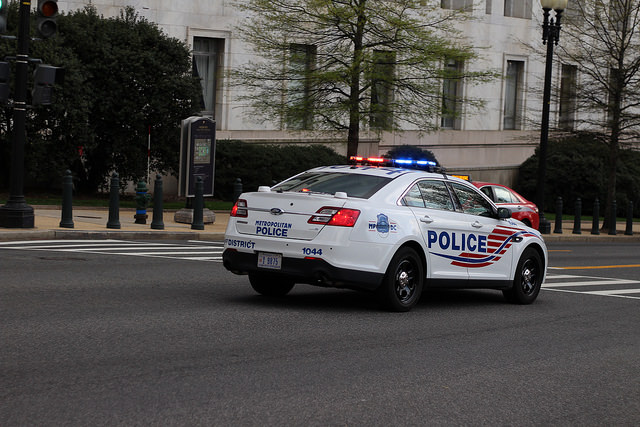 What is Stop and Frisk?

Assuming that we have all the facts, there are only two possible probable causes here: the officer’s search for firearms and the marijuana in Cottingham’s sock. Looking guns is not a good reason to stop and search anyone. Mere possession of a gun is not a crime.

In fact, it is a constitutional right. From the story given, Cottingham and his friends were just sitting outside drinking beer. Unless the officers were working off a physical description, there was nothing that indicated a firearm was close by.

The only other justification for the search was the marijuana that Cottingham had. There are a few problems with using the marijuana to justify the search though. First, the marijuana was in the man’s sock. The officers probably didn’t even know it was there until they questioned him. Second, the marijuana was under the legal limit of D.C. and there was nothing in the scene to suggest that there might be more marijuana present. Unless more evidence is presented, this was most likely an illegal search.

The 4th Amendment guarantees that Americans are free from unreasonable search and seizures. The important word in the phrase is “unreasonable.” Whether a search is “reasonable” is based on two factors: why a search is being conducted and the scope of the search. The former deals with whether there is enough evidence to justify the search being done in the first place. The police either need a warrant or reasonable suspicion, as described above.

The second question, whether the scope of a search is reasonable, deals with whether there are reasonable limits to a search. If the police have a warrant, the answer is easier. The police can only search where the warrant permits them to search and nowhere else. If the police don’t have a warrant, they are generally limited to “plain view” and an area within the “immediate control” of a suspect.

The “plain view” doctrine means that officers can only search and seize evidence that is easily accessible and can be seen just by looking around. If the police arrest a suspect, they can also search areas that were within the suspect’s “immediate control,” which normally includes clothing and body. This type of search is “reasonable” to ensure that the suspect doesn’t have any hidden weapons.

More generally though, body cavity searches are subject to a number of rules. These rules include, but are not limited to: 1. No touching that is not reasonably necessary to completing the search, 2. The search must be conducted in a private location, and 3. Must be conducted by a person specifically authorized to carry out a body search.

Most, if not all, the rules were broken here. No reasonable person would believe that Cottingham had a gun stuck between his buttocks. There might have been marijuana, but Officer Locacono was never going to find it since Cottingham had his pants on.

Cottingham’s body search was out in the open where the world could watch, as evident by the cell phone that captured the whole thing. Locacono might have been authorized by the city to conduct a body search, but given that he elected to probe the suspect’s anus in the street, it is highly doubtful.

Body cavity searches are legal under certain circumstances. This was not one of them. The police cannot randomly stop people in the street and utilize the most humiliating search method on them.  Cottingham and the ACLU have every right to demand answers from D.C.