Have you ever forgotten your password? I’m willing to bet that everyone has forgotten the password for a device or account at one point or another. If you were in Judge Gregory Holder’s courtroom, forgetting your password could lead to six-months in jail.

On June 21, William Montanez was pulled over because he didn’t properly yield. Montanez refused to consent to a search, so police brought in a drug-sniffing dog. The dog found a small amount of marijuana in his vehicle. After the dogs discovered the marijuana, police asked to search his two cell phones. They saw a text message on a locked phone screen that read: “OMG did they find it.” Police demanded that he unlock his phone, but Montanez refused to allow them to search his phones. The officers obtained a warrant, but they were still unable to access the phones. 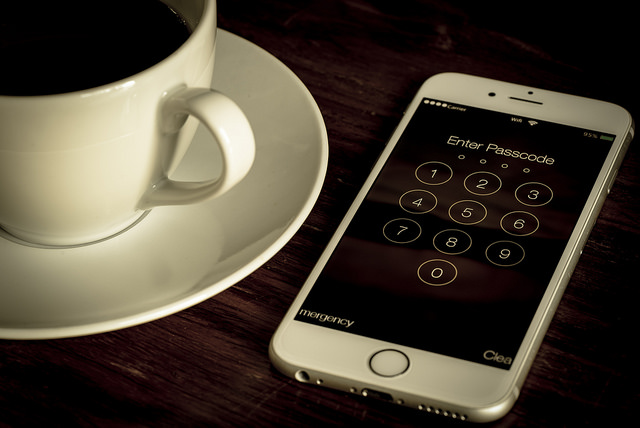 Was there a Lack of Probable Cause?

Although the police had warrants, Montanez can still challenge the basis for those warrants. The warrants for the phones were granted because the dogs smelled marijuana in the vehicle and the text message on the locked screen. The police decided to use dogs to sniff around the car after they pulled Montanez over for failing to properly yield.

According to the police, Montanez was stopped because of a routine traffic citation, failure to yield.  In 2015, the Supreme Court ruled that police cannot delay traffic stops to investigate a crime without probable cause. The officers could not have subjected Montanez’s car to a dog search unless the dogs were already in the car. The warrant suggests that some amount of time passed before the police could actually search the car.

One can infer that the police had ulterior motives for stopping Montanez other than a traffic ticket citation. The marijuana, two cell phones, and text message suggests that Montanez might have been holding the marijuana for others.

It is possible that police suspected Montanez of being a drug dealer before they pulled him over. If that’s the case though, prosecutors should reveal the evidence they already have on him instead of trying to bully their way into his cell phones.

What is the Right Against Self-Incrimination?

Montanez has twice refused to consent to a police search of his properties. That is his constitutional right. The issue is whether compelling him to provide the password to his phone would be considered self-incriminating testimony. The Fifth Amendment prohibits the government from forcing defendants to testify against themselves. If providing a password is testimony, it would be unconstitutional to force a defendant to enter in his password.

A password is testimony to the extent it involves information that only the defendant could know. Police can compel a defendant to provide a fingerprint, facial recognition, or a key to a door or safe, but all of these are external. Testimony is typically information that a witness recalls and password recollection comes from memory.

The big difference is that if a defendant refuses to open a safe or a door, the police can just smash it open (assuming they have a warrant). That option doesn’t exist with a phone. In that instance though, the police should speak with the phone company or service provider. It might be more burdensome for the prosecution, but the state has the resources to follow up if government lawyers believe that the evidence on the phone is that important.

It is possible that Montanez is pretending that he can’t remember the passwords, but the burden is on the state to prove that. Prosecutors would point to the fact that he had likely been texting moments before he was pulled over.

More worrisome is that defendants like Montanez would be in jail until they remember the password. That might be never. This would violate his right to a speedy trial and a trial by a jury of his peers. It might be frustrating for prosecutors, police, and the court that a defendant cannot enter his password into his phone. The alternative though is a mangling of the Bill of Rights.