In the popular television show, How I Met Your Mother, the breakout character, Barney Stinson, used all manner of tricks to seduce women. Some of Barney’s most outrageous lies included: he is Neil Armstrong, he is the owner of Google, he only has twelve hours to live, and rubbing on his penis would grant wishes.

Each of these claims was clearly fraudulent, but would they be considered a crime? One young man pulled a stunt that seemed to come straight out of Barney Stinson’s playbook – and he may spend 10 years in prison for it.

The Iowa Supreme Court upheld the conviction of Michael Kelso-Christy, age 23, for felony burglary. Christy was convicted of burglary for entering a house with intent to commit sexual abuse. Prosecutors claimed Christy set up a fake Facebook account in April 2015 under the guise of the woman’s classmate.

In a series of sexual messages, Christy convinced the woman to have sex with him. The sexual encounter agreed upon was that the woman would blindfold and restrain herself before her “classmate” arrived at her home. Christy, still posing as her classmate, had sex with her and then left her handcuffed without saying a word.

The woman became suspicious when the Facebook text messages stopped. The next day, she found out through mutual contacts with the actual classmate that the man who had sex with her wasn’t her classmate. She immediately called the sheriff’s office and reported an assault.

Kelso-Christy was caught through a phone number he gave the woman and a fingerprint found at her home. Investigators discovered he’d used a similar social media scheme with several women. The man Christy was posing as testified that Christy was using his identity to solicit sex with married women.

Kelso-Christy was initially charged with sex abuse, but the charge was dropped after Christy’s attorneys argued that Iowa did not have a law against sex through deception. Christy was later convicted of burglary and sentenced to 10 years in prison, with the judge ruling that consent inherently requires knowledge of the identity of a sexual partner.

Kelso-Christy appealed, arguing that the sexual encounter was consensual. He lost his appeal. 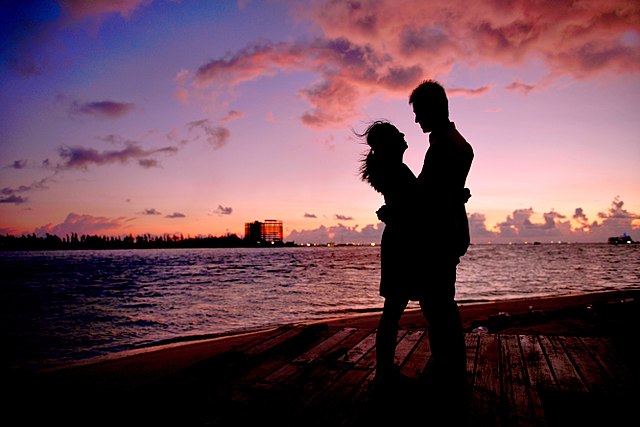 Wait, this is a Burglary?

Burglary is commonly associated with larceny, the legal crime for theft. In fact, burglary is simply breaking and entering with the intent to commit a crime. If a defendant is accused of breaking and entering a house to commit a murder, the defendant would be liable for burglary. However, prosecutors would put greater emphasis on murder, as killing another person is the more serious crime and the crime that would carry the greater sentence.

If the defendant didn’t kill the person while in the house, then prosecutors might have to drop the burglary charge anyway, since no crime would have been committed. In converse, prosecutors would push for a burglary charge if the underlying crime was for theft, since burglary is the more severe crime in those cases.

In the Christy case, prosecutors charged the defendant with burglary because the sexual abuse charge didn’t stick. The victim tied herself up and was only misled by a fraud of inducement, not a fraud of fact (explained further below). Still, this raises the question of how the burglary charge survived if the underlying crime, the sexual abuse, wasn’t an established crime itself.

Since the state Supreme Court found that consent was absent in this case anyway, prosecutors could have pushed their luck with a sexual abuse charge without having to resort to the lesser burglary charge. Even if the underlying crime of sexual abuse wasn’t acceptable, prosecutors could have used identity theft to justify the burglary charge. The only problem is that the identity theft enabled the burglary – it was the motive for the burglary.

What is Fraud in Sex?

Fraud in the factum means that the victim did not agree to a sex act at all, but was misled into a position where non-consensual sex occurred. If a man lies about who he is or what type of job he has, but not that he wants sex, it would be fraud in the inducement. In contrast, if a doctor tells a woman he will be using an instrument to check her vagina, but inserts his penis instead, that would be fraud in the facts.

Although fraud in the inducement is still controversial, it is obvious that certain factors from a full consent are missing. To have a complete consent, partners should be aware of when, what and who – i.e. what the sex act entails, when consent is given, and with whom. Each could be considered a material fact, the absence of which might remove consent.

In this case, the woman had given her consent to a classmate, but not to the man who stole his identity. The seduction might have been fun, but the actual sex has hurt three people – Christy, the man he was pretending to be, and the woman he slept with.