A big assumption in family law is that the parents of a child will act in the child’s best interests. This is generally true, but there are corner cases that have grabbed national headlines. Parents that refuse to vaccinate their children, decline blood transfusions, and other medical decisions are controversial, especially if their child dies as a result of their decision. A new case in Ohio features another medical parental controversy, but with a culture war twist:

A 17 year old unnamed teen (unnamed for legal reasons) was hospitalized in 2016 for depression, anxiety disorder, and gender dysphoria. According to medical personal who examined the teen, he is suicidal because his father refuses to call him by his chosen name and his parent’s rejection of the teen’s gender identity. He is currently in the temporary legal custody of state family services and lives with his maternal grandparents, who are supportive of his gender identity. He has expressed a desire to stay with them. 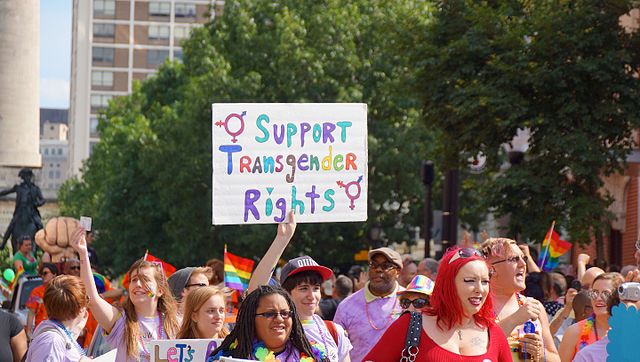 There are two arguments in support of custody. Brinkman, the parent’s attorney, argued “it does not appear that this child is even close to being able to make such a life-altering decision at this time.” Brinkman has a point, since he is, according to the hospital, under severe medical distress. Making life-altering decisions while he is under such stress is not recommended. Calling him a child is disingenuous, since he is 17. However, given that he will soon be an adult anyway, it might be prudent to wait a year before making any major decisions. That year would also serve as a “cooling off” period so that he can think about his choice before making it.

There may be another reason the parents don’t want the teen to receive hormone treatment. The state alleges that the “Father testified that any kind of transition at all would go against his core beliefs and allowing the child to transition would be akin to him taking his heart out of his chest and placing it on the table.” The state is forbidden from restricting a person’s right to exercise their religion.

However, religious beliefs should not play a role when determining whether another person should receive medical treatment. The Father may have sincere religious beliefs, but if his almost adult child believes differently, the Father cannot justify his medical decisions based on his religious beliefs. This would effectively put the Father’s beliefs over the child’s best interests, a departure from the foundations of child custody.

How Will This Issue Play Out?

The parent’s attorney attempts to sidestep this issue by arguing about the rights of a parent. “If the maternal grandparents were to be given custody, it would simply be a way for the child to circumvent the necessity of parents’ consent.” This argument puts the cart before the horse. The parents act on behalf of the child because the child is not legally able to make his own decisions, but the child will be a person independent of his parents.

Religious conservatives might see this case as a threat to the custody of their own children. The state can force them to inject their children with drugs and now it wants to change their genders. Even in this case though, there is plenty of due process. First, this was an extraordinary case where the child was diagnosed with depression, anxiety disorder, and gender dysphoria.

Most children will not suffer from this level of mental health issues. Second, the child has been examined by medical experts from the hospital and by court appointed attorneys. These types of decisions will not come down solely to a judge – there will be due process and experts who have examined the child.

Finally, the parents have an opportunity to present their side of the story. They were allowed to testify to the court and their own attorney is advocating on their behalf. At least one party will walk away unhappy, but their voice will be heard.