Transgender Recruits Can Still Enlist in Military – For Now

The fight over transgender has moved from the bedroom to the recruiting station. On July 26, 2017, Mr. Trump announced via Twitter that transgender individuals would not be allowed to “serve in any capacity in the U.S. military.” Chairman of the Joint Chiefs Joseph Dunford later said that the military would make no moves until. “There will be no modifications to the current policy until the President’s direction has been received by the Secretary of Defense and the Secretary has issued implementation guidance.” On August 25th, Mr. Trump signed a presidential memorandum directing that the Secretary of Defense submit an implementation plan by February of 2018. 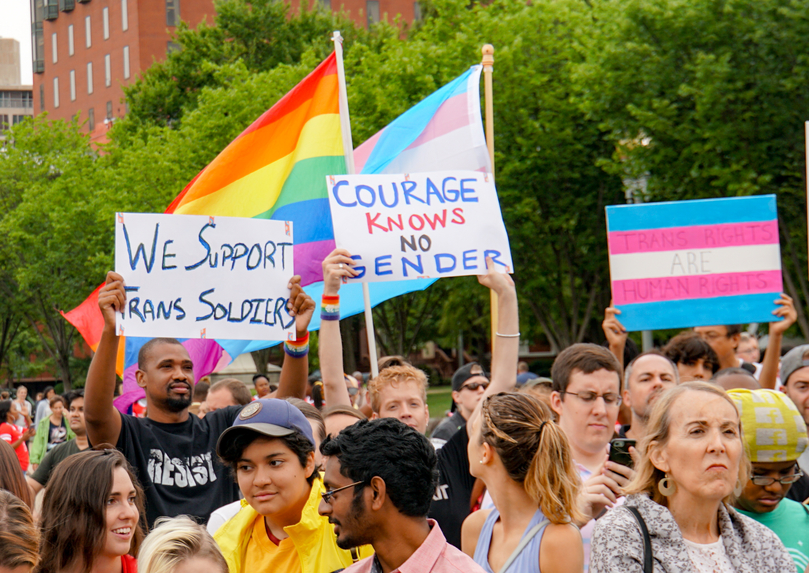 At the same time, transgender members of the military sued the Pentagon and the President over the ban. The ACLU and Lambda Legal each filed separate suits against the ban. In October and November, three different courts issued an injunction to put the ban on hold until the constitutionality of the ban could be decided. The Department of Justice has appealed the rulings.

What Does the Lawsuit Say?

The basis of the suits is that the ban is discriminatory and is not based on considerations of fitness to serve. The Petitioners argue that the President is treating transgender persons differently than other recruits with other potential medical issues. In his tweet, Mr. Trump cited the costs of medical procedures to justify his new policy. The military does spend $8.4 million on transgender medical procedures, but this only makes up .017% of its $50 billion budget. In contrast, the military spends $84 million on Viagra for men, including current enlistees and veterans. Military expenditure seems like a weak reason to deny men and women the privilege of fighting for their country. The judges that barred the policy partly agreed; they could see no solid evidence for why such a ban would be reasonably necessary in the first place.

Current Pentagon guidelines would bar potential recruits with gender dysphoria. However, these recruits would be allowed to join if a military medical officer certifies the recruit has been stable in their preferred sex for eighteen months and are free of significant distress or impairment in social or job related areas of life.

What is the Future of Transgender Military Personnel?

There is likely a middle ground between the two polarizing positions. On one hand, it is very unlikely that judges would permit a blanket ban on transgender in the military. However, military fitness is largely an issue that the Pentagon determines. Most voters would probably be okay if individuals with medical issues undergo a screening and a waiting period before enlisting. Neither the military nor the recruit would be well-served if a medical issue prevented that recruit from being able to complete basic training or put lives in danger while on the battlefield.

Previous
« EPA May Face a Lawsuit Over Approving Unlimited Dumping of Fracking Waste in Gulf of Mexico
Next
After Divorce: Mandatory Shared Child Custody Could be the Future »