Honoring our military veterans, the people who chose to risk their lives to fight for our country, is incredibly important. Part of that needs to include helping them find a life, and a job, once they return from their service. There are already existing programs to help veterans find employment. For instance, the Department of Labor has the Veteran’s Employment and Training Service (VETS). VETS, among other things, provides job training services, an employment placement service for veterans, job training placement, and enforces the Uniformed Services Employment and Reemployment Rights Act (USERRA). USERRA makes it illegal for an employer to discriminate in employment, promotions, etc, based on somebody’s current or past service history.

Under the Obama administration Congress passed a number of laws aimed at assisting vets in finding employment which have likely contributed to this trend of keeping veteran unemployment below the national percentages. For instance, the Veteran Opportunity to Work and Hire Heroes Act (VOW Act) was passed in 2011 and provided tools and training for service members and their spouses as they entered private life. It also required the department of labor to rework and expand the implementation of employment workshops and training programs offered to veterans. 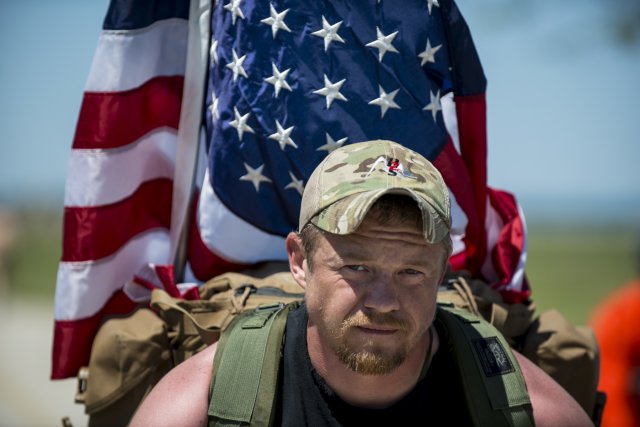 The Trump administration’s has made its first move towards helping veterans find work with the Honoring Investments in Recruiting and Employing American Military Veterans Act (better known as the HIRE Vets Act).  President Trump signed the act into law on May 5th, 2017. However, despite the name suggesting that it is a law designed to help veterans get hired, it is more of a gold star for companies who hire at least a certain number of veterans or offer some sort of charitable services to the veteran community. While this is better than nothing, the program seems more likely to motivate companies already hiring a certain number of veterans to continue doing so. Hiring veterans should be rewarded, and it’s worth looking at whether you qualify, however it seems like a middling step at best towards helping veterans. Let’s look at how the HIRE Vets Medallion works.

The program, as mentioned, exclusively offers a “HIRE Vets Medallion Award” to employers hiring veterans. It does not immediately provide any benefit to the veterans themselves. Under the law, employers are broken down into different sizes and offered an award if they meet certain criteria. Small employers include companies with 50 or less employees, medium employers have 51-499 employees, large employers have 500 or more employees.

Under the Program, there will be different awards for large employers (500 or more employees), medium employers (51-499 employees) and small employers (50 or less employees). There also will be two award tiers: Gold and Platinum. The criteria for receiving the Awards will look at percentage of new hires who are veterans in the last year, percentage of veteran employees, percentage of veterans who’ve been employed for at least a year, employment resources and training programs offered to veterans by a company, whether a company pays employees while they are on active National Guard duty, and whether the company provides tuition assistance to veteran employees. It can be assumed that the companies who receive the award will be those who are best in all these categories. No companies with a labor law ruling against them are eligible for the award.

The program seeks to do a first award ceremony for 300 companies next Veterans’ Day. However, the awards will not begin in earnest until 2019. Applications for the award will start being accepted in January 2019 and have a deadline of April 2019. The Department of Labor charges for each application for the award, $90 for small companies, $190 for medium companies, and $495 for large companies. Winners receive a physical award and can post a virtual symbol of a HIRE Vets Medallion online.

But the HIRE Vets Act Doesn’t Do Much for Veterans

This doesn’t do actually nothing for veterans. It’s a good thing to support companies that support and hire veterans. However, a program which gives an award to these companies once a year but offers no other benefit to these companies beyond the right to post a medallion online is certainly not doing much. Trump has presented himself as president who will support veterans and reduce unemployment. However, this is a minute step at best and a publicity stunt at worst.

Trump also has done veterans few favors with the other steps he has taken since taking office.  His hiring freeze originally hit the U.S. Department of Veteran Affairs–itself a huge employer of veterans–quite hard. It took months of bipartisan work before the hiring freeze on the VA was, for the most part, lifted. Trump has supported cuts to the Department of Housing and Urban Development (HUD) and disability benefits. This hits veterans in a different way. Just last year HUD conducted a single-night census of homeless people living in shelters and found that around 60% of those people reported being veterans–these cuts will pull the rug out from under their feet and the roof from over their head.  Nearly 350,000 veterans receive rental assistance from HUD, they’ll be hit by these cuts as well. HUD even has a Veteran Affairs Supportive Housing program which has provided housing vouchers to over 85,000 veterans–another program that will be hurt by Trump’s cuts.

Trump proposes cuts to Social Security Disability Insurance benefits–benefits which benefit nearly a million veterans every year. Trump has proposed eliminating the Individual Unemployability benefits program, a program which allows the VA to give disability benefits equivalent to 100% disabled benefits where a veteran can’t get a job due to a service-related disability that wouldn’t normally qualify them as a 100% disabled.The program, as mentioned, exclusively offers a “HIRE Vets Medallion Award” to employers hiring veterans. It does not immediately provide any benefit to the veterans themselves.

The HIRE Vets Act isn’t nothing, it just pales in comparison to the steps backward we have seen in the last months. There have been some other moves forward on veteran hiring. A few months back the American Law Enforcement Heroes Act offered funds for hiring veterans as law enforcement officers. However, for a president who has consistently pushed a pro-veteran image, there has been a notable lack of follow-through from the Trump Administration. The HIRE Vets Act is not nothing, it’s just almost nothing.