The Dangers of Pranking

Pranks are just about as old as human history. From slapstick schemes to senior pranks, there are pranks for just about every situation. Recently, pranking has become a very popular trend online.

People are coming up with all kinds of pranks–everything from scare pranks (startling people), wake-up pranks (waking up people in crazy ways), and drive-thru pranks–just about any situation has become an arena for pranking. 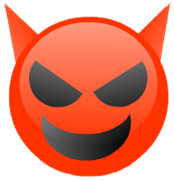 The problem is, lots of pranksters end up getting into legal trouble because of their stunts. Sometimes pranks go wrong, resulting in an accident.

But other times, the prank itself is actually illegal and the participants are caught by the police. The types of legal violations that can occur during a prank are endless. Even seemingly innocuous pranks are just ripe with potential legal disasters waiting to happen.

How Can a Prank Go Wrong?

Some legal violations that can result from a prank include:

Pranking will always involve some element of deceit and false appearances. Pranks can be pulled off because the victim doesn’t know the true facts behind the circumstances they are presented with.

But the thing is, when you’re messing with people’s trust, emotions, and physical expectations, the risk of injury increase greatly. When someone is startled, you never know how they’re going to react.

Potential for injury further increases when people start trying to outdo each other in terms of ridiculousness. Central to pranking is the tendency for a single incident to escalate into a prank war.

Once one person gets pranked, protocol dictates that they must “get even” with the person. Back and forth retaliation ensues, often until someone gets offended or physically hurt. This is often how the line of what is acceptable gets crossed.

SWATTING: Why is This a Thing?

Take for example one of the more extreme pranks I’ve read about: “Swatting.” This is where the prankster calls the police requesting that they send a SWAT team to a certain location, usually the victim’s house.

The caller will falsely state that they witnessed a criminal situation, causing the police to come crashing into the person’s house. Filing a false police report is illegal in itself. But calling in a SWAT team? That is way over the line and can endanger someone’s life and lead to all kinds of property destruction.

What’s my take on all this? Don’t get involved with pranking, and don’t get sucked into a prank war. One of the worst parts about pranking is that it usually starts as a game or an over-exaggerated joke.

It’s definitely not worth going to jail or getting slapped with a fine just for a practical joke. People are getting fines ranging in the $1,000’s of dollars, or going to jail for a year, all for a few laughs or “Internet fame.” I think this one trend that needs to go away as soon as possible.

Previous
« The End of Net Neutrality?
Next
Spotify: The Next Generation of (Legal) Online Music »