When Can You Sue The Police for Not Doing Their Job?

It’s pretty well-settled that there are situations in which you can sue the police for misconduct. However, this always involves affirmative misconduct on the part of the wrongdoer. Basically, in order to do something wrong, the assumption is that you have to, well, do something.

Can you sue the police and local prosecutors for failing to do something they were allegedly obligated to do? That’s a trickier issue.

When the Police Make a Mistake, and the Price is High

What if you were the victim of a sexual assault, the police arrested your alleged attacker, but released him for lack of evidence, and he later turned out to be a serial killer with a body count of at least 11 victims? Because that’s just what happened in Cleveland. 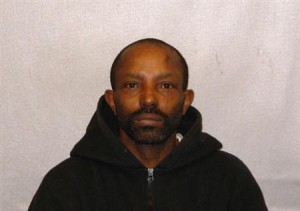 In December of 2008, Anthony Sowell was arrested after a woman, with obvious physical injuries, approached a police car and told the officers that Sowell had attacked and attempted to rape her. Despite the victim’s full cooperation and the fact that witnesses vouched for the veracity of her story, the police and city prosecutors determined that the victim was not credible, and released Sowell without charges.

At that time, six of Sowell’s eleven alleged victims were still alive. The families of five of those victims are now suing the Cleveland Police Department and the city prosecutor’s office for wrongful death, arguing that if they had done their jobs, Sowell would have been thrown in prison for years, and those six women would be alive today.

That may very well be true, as a factual statement. But does it make the police liable for the deaths of Sowell’s victims? That’s not an easy question.

There’s no doubt that this case is absolutely tragic, and Sowell’s crimes are mind-boggling in their depravity. Furthermore, it’s fairly safe to say that those six women would be alive if Sowell had been charged with rape, convicted, and imprisoned.

However, the law governing civil liability for failure to act is complicated, more so when applied to government entities. But, hypothetically, let’s look at this case from the angle most favorable to the plaintiffs. Let’s assume that the ordinary law of negligence applies here, with no special rules for government agencies, and no distinction between acts and omissions.

How Does the Legal System Handle Police Error?

Were the police and prosecutors negligent in their handling of Sowell’s arrest? Without having all the facts, it’s hard to say. The city prosecutor may well have been correct in his conclusion that there was simply not enough evidence to justify rape charges against Sowell. But let’s suppose that they had an open-and-shut case, and failed to prosecute Sowell out of simple indifference to justice for his victim.

That would definitely be bad. But, remember, for a negligence action to succeed, there has to be a causal connection between the negligent conduct, and the consequences have to have been reasonably foreseeable.

On the other hand, he did have an extensive criminal record involving sex crimes against women. The police probably assumed that he would re-offend in the near future, and maybe hoped they’d be able to nail him then. Arguably, that should be enough to support liability: it was perfectly foreseeable that Sowell would have committed more crimes after he was released. The fact that the police might not have been able to foresee the exact nature and severity of the crimes shouldn’t be relevant.

Of course, all of this depends on the initial question discussed earlier: did the police act reasonably when they released Sowell for a lack of evidence? If this case goes to trial, we’ll presumably find out.

In any event, there’s a good chance that we’ll learn that the Cleveland police and city prosecutor’s office were so under-funded and shorthanded that they simply couldn’t make Sowell’s case a priority, given the information available at the time. If this turns out to be true, it will be, in a way, the most tragic of possible results.

It will mean that, if a police department and prosecutor’s office had been properly supported by the state and local government, a serial killer may have been prevented from killing 6 innocent people.

Previous
« Legal Lawbreakers: When Should A Person Be Considered A Criminal?
Next
False Reports of Terrorism Spell Bad News »